A theatre of war honour formally entitled “Gallipoli” with year dates according to the service in each theatre of the unit concerned.Footnote 1

The Campaign Honour “Gallipoli” was awarded to units of the British Empire for actions during the evacuation of Gallipoli. The Royal Newfoundland Regiment is the only Canadian unit to receive this honour in recognition of the participation of the First World War regiment in this action as a part of the 88th Brigade of the 29th Division of the British Army. The Royal Newfoundland Regiment began landing on the Gallipoli Peninsula on 19 September 1915. It participated in the British defence of the peninsula and took part in small attack on a position the Newfoundlanders would call Caribou Hill on 4 November 1915. In December 1915, the Regiment was moved to Cape Helles on the tip of the Gallipoli peninsula to reinforce that position while the British government made up its mind about carrying out a complete evacuation. The unit took part in defending the final stages of the evacuation with the last Newfoundlanders departing Gallipoli in the night of 8-9 January 1916. The Regiment sustained a total of 43 fatal casualties in the course of the campaign. 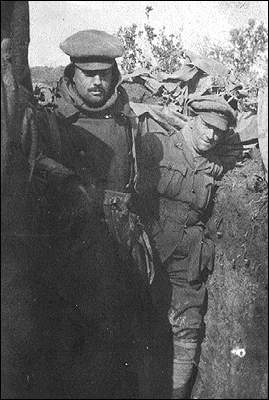