My name is Dr. Sarah Lockyer. I'm a forensic anthropologist with the Department of National Defense. And my title is Casualty Identification Coordinator. When it comes to overall Canada we have over 27,000 missing servicemen from wars in the 20th century. The majority of them are from the First World War.

My responsibilities are when the remains of soldiers from the First and the Second World Wars, as well as the war in Korea, are discovered, it is my responsibility to analyze the remains in the hopes of identifying those soldiers so that they can be buried with their name.

What happens is typically the remains will be found because of either construction work or farming activity and the police is typically called first. And when they determine that it's a war casualty, they contact the Commonwealth War group Commission and they take custody of the remains. They look at the artifacts and typically there are some sorts of cap badge or a shoulder title or a button — something that says Canada on it.

And then the Commonwealth or Grace Commission will contact the Casualty Identification Program at the Department of National Defense, and that's where we start our investigation. It's important, because we need to get as complete a picture as we possibly can about this individual before they died, especially when it comes to the age and the height range that is known information from the different soldiers' attestation papers. It's on those papers.

Currently we've got 25 ongoing cases. All of them are from the First World War, except for one individual who's from the Second World War.

It's quite an honour to be able to do this work and it's quite a privilege as well, because at the end of the day, these gentlemen, they gave their lives in fighting for our country. And personally, my grandfather fought in the Second World War and was wounded in the Second World War. And so there is, there is that connection personally, as well. But also when you come to these areas and you come to these cemeteries, you really see the toll that it took on individuals and on human life.

The best part about my job, I would say, would be giving the soldiers back their identity, back their name. Because at the end of the day, that's all something that's very important to us, is that people know who we are, know our name. And the idea of passing away as an unknown individual is quite sad and is quite tragic. However, in this case I'm able to give them back their identity. That would be the one of the most rewarding things about my job. 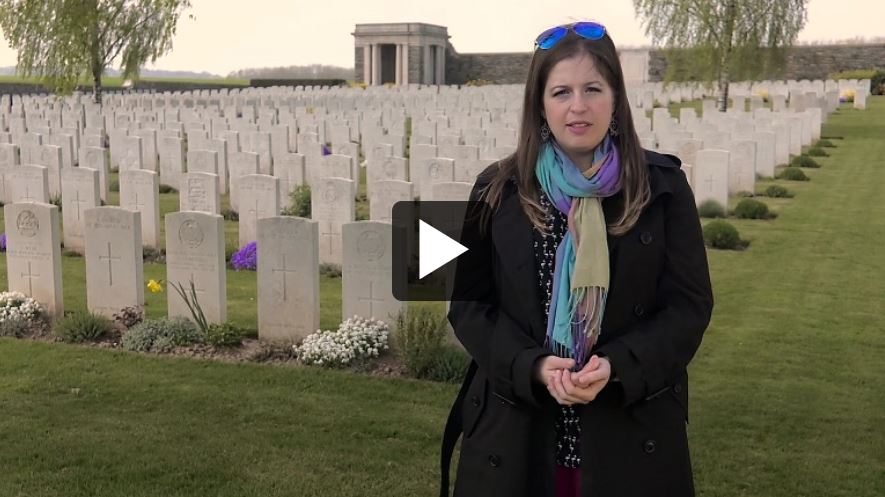