Origins of The Soldiers Dinner

The annual Christmas dinner is a Canadian military tradition of role reversal where junior members are served by their superiors. Although the origins of the custom cannot be traced to any specific event or time period, it has become a 'standard' practice from at least the 18th century.

An annual custom in the Canadian Armed Forces is a dinner where roles are reversed and the junior members are served by their superiors.  This dinner is an occasion for the officers, warrant officers, and senior non-commissioned members to show their appreciation to their sailors, soldiers, and aviators for their hard work in the past year.

Because this dinner usually occurred at Christmas time in appreciation of the work done by the soldiers during the year it was commonly referred to as The Soldiers Christmas Dinner.  At this dinner, it was customary for the officers, warrant officers, and senior non-commissioned members to serve the corporals and privates.

It is believed, these activities stem from the ancient Roman custom of Saturnalia.  The festival of Saturnalia honors Saturn and falls at the same time as Christmas, Hanukkah, Solstice, and/or Kwanzaa. Christmas decorations such as swathes, garlands, wreaths, and tree ornaments began with the merriment of Saturnalia.

During the time of Saturnalia, slaves and children were waited on for meals, led the rituals, and participated in the revelry as if they were their parents/masters. The parents/masters jokingly played the part of children and slaves by waiting on them. The role reversal was symbolic as slaves were not really free to make decisions as free persons nor were children able to enter into contracts or make business deals. Role reversal was only for minor privileges. 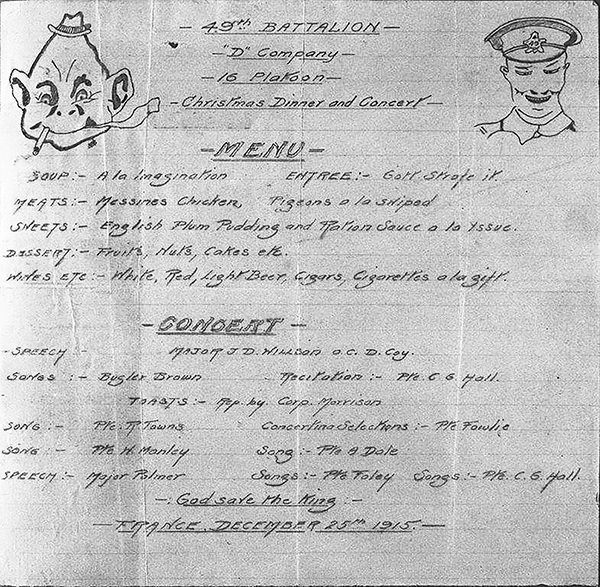 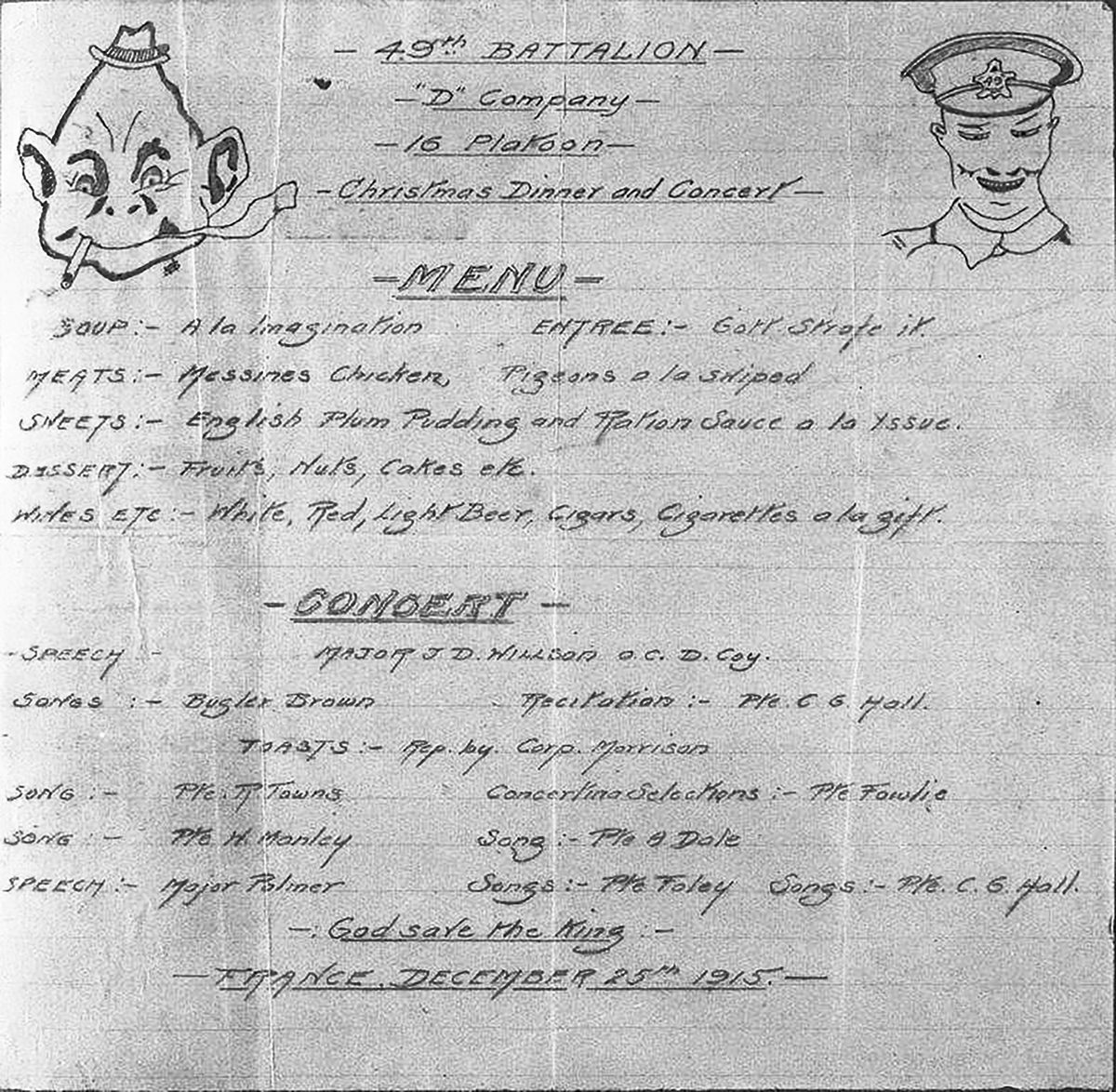 Although the origins of the custom cannot be traced to any specific event or even time period, it has however become a 'standard' practice from at least the 18th century. Before the introduction of mechanization and sophisticated systems of logistics in the 20th century, enlisted personnel occupied much of their time in tedious routine. In an effort to boost morale, and to show general appreciation for junior ranks, officers took it upon themselves to organize celebrations for the enlisted ranks.

The Canadian Armed Forces of today continue this practice of role reversal in terms of minor privileges and in the spirit of good cheer. Officers, warrant officers, and senior non-commissioned officers organize the dinner; they serve it and also entertain the soldiers with songs and skits.  When the dinner is over, the soldiers get a chance to relax while their superiors clean up.

Another custom practised by some units is having the youngest member switch places with the Commanding Officer (CO) for the day. To mark the change of position, CO’s frequently switch tunics and ranks with the youngest member.  This young soldier then becomes the honorary Commanding Officer for the day, allowing them to issue orders to their superiors and the unit as a whole.  During these festive times, orders are issued in a playful way.

In some units, there is also a custom for the eldest private or corporal exchanging position and jackets with the Regimental Sergeant Major (RSM).  A more recent innovation, this is indicative of the RSM’s important position in a unit enforcing discipline and as an advisor to the CO.  This private or corporal is then in charge of enforcing the playful orders issued by the young soldier appointed as CO for the day.

Specific traditions during the holiday season can vary amongst environments and units in the Canadian Armed Forces. For example, in the Navy, Christmas lights, and decorations have been used to decorate trees, streets, buildings, and a ship’s yardarms. In some cases there are competitions to see who has the best decorations. 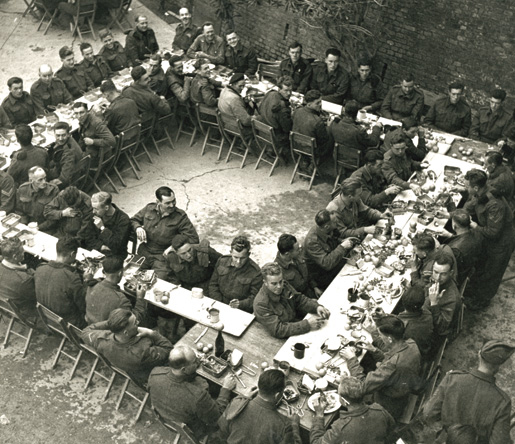 Group Captain H.O. McDonald (right), the commanding officer of the Royal Canadian Air Force’s No. 1 Manning Depot in Toronto, Ontario, discarded his air force uniform for a chef’s tall white hat and jacket when airmen at the station were served an early Christmas dinner. The Yuletide meal, complete with all the trimmings, was served by the officers and non-commissioned officers of the Manning Depot. Air Vice-Marshal G.O. Johnson (left), the air officer commanding No. 1 Training Command, RCAF, joined Group Captain McDonald in serving two of the hundreds of turkeys that disappeared during the meal held on December 22, 1942. Photo: Department of National Defence Archives

The seat for Fallen Comrades, located near the head table at the 408 Tactical Helicopter Squadron’s Junior Ranks Christmas Dinner on December 8, 2016, in Edmonton, Alberta. The table, which is also present at military mess dinners, is covered in a white table cloth, symbolizing the purity of our comrades’ intentions when they responded to their nation’s call to arms. The rose represents the families and loved ones who continue to keep the faith by recalling their sacrifices. The red ribbon around the vase signifies determination to give body and soul for a just cause. The slice of lemon and salt on the plate is a reminder of the bitterness of battle and the tears of the families left in mourning. Photo: Sergeant Ray Prowse