Lori has 36 years of experience in the public service and is known as a strong collaborator and communicator. She has served as Associate Deputy Minister of Immigration, Refugees and Citizenship Canada. She was responsible for world-class immigration programs that ensured the successful integration of newcomers and upheld Canada’s humanitarian obligations.

Lori has held senior leadership roles within the Public Safety, Transportation and Immigration portfolios. She served as Assistant Deputy Minister of the Safety and Security Group for Transport Canada, ensuring the safety and security of our transportation system. At Public Safety, she was responsible for Canada’s emergency and crisis management responses.

Throughout her career, Lori has excelled at developing policies and programs at all levels of government. She has also led and supported high-level consultations and engagements. She received recognition for her leadership in developing managerial and leadership capacity in government teams and managers.

Lori has championed many projects related to women, Indigenous peoples and mental health issues. In addition to playing a leadership and champion role, she volunteered with the United Way for 36 years, helping to raise millions of dollars.

Lori holds a diploma in law and security administration from Loyalist College. She also has a degree in criminology with a concentration in law from Carleton University.

She is a recipient of the Exemplary Service Medal and the Queen’s Diamond Jubilee Medal. 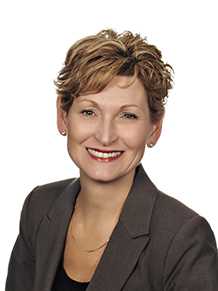