This brochure is intended to inform practitioners, pharmacists, importers/exporters, and users of medicinal formulas or packaged medicines that list or contain wildlife ingredients about Canada's wildlife trade law, and how it may affect them.

To prevent over-exploitation of wildlife species through international trade and illegal poaching, the Convention on International Trade in Endangered Species of Wild Fauna and Flora (CITES) was formed on July 1, 1975. CITES is an international agreement to ensure that international trade in wild animals and plants does not threaten their survival.

Over 5 000 animal species, subspecies and populations and over 29 000 plant species, subspecies and populations are listed under CITES.
All imports and exports of species listed under CITES have to be authorized through a permit system, as described in the table to the right. It is illegal to trade a CITES listed species or its parts and derivatives without the appropriate CITES permits. Depending on the species' severity of endangerment, CITES animals and plants are classified into one of three appendices.

Appendix I species are threatened with extinction, therefore require strict trade control. Commercial trade in these species is prohibited. The only exceptions are plants that have been artificially propagated or animals that have been produced in CITES Registered captive breeding operations. Possession of Appendix I specimens is allowed if the specimens were removed from the wild prior to July 1975 when CITES was created, or if they were legally imported with permits. For the Register of operations that breed and/or artificially propagate Appendix-I species for commercial purposes please go to: One Trade may be possible for captive-bred or artificially propagated specimens..

Appendix II species are not considered threatened with extinction at present but they may become so if their trade is not regulated. Appendix II also includes species whose parts or derivatives may resemble endangered species (e.g., the American black bear parts may resemble parts from endangered bear species).

When an animal or plant is listed under CITES, it includes not only live specimens, but also any part, derivative or by-product of that species, including herbs and medicines. Plants are not exempt just because they are cultivated, rather than taken from the wild. 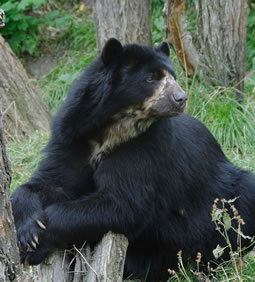 In Canada, CITES is administered by Environment Canada and is implemented under the Wild Animal and Plant Protection andRegulation of International and Interprovincial Trade Act (WAPPRIITA).

Under WAPPRIITA, it is unlawful, among other offences to:

If a thing is labelled as containing CITES-listed plant or animal ingredients, it will be deemed to contain those ingredients unless proven to the contrary.

Importing and exporting include shipping by air, sea and rail, by mail and courier, and in personal luggage.

To legally import Appendix II species, a CITES Export Permit or a CITES Re-Export Certificate is required from the country of export/re-export.

To legally import Appendix III species, a CITES Export Permit or a CITES Certificate of Origin is required from the country of export/re-export.

Examples of CITES Appendix I, II or IIIspecies parts and derivatives in medicines

Note: Characters in "( )" are simplified variants of the characters to their immediate left.

Do you own or operate a pharmacy, or sell herbal plant or animal parts, or medicines that contain wildlife derivatives?

You must ensure that there are no Appendix I species animal or plant parts, or derivatives, listed in the ingredients in any of the medicines in your store. Footnote1 If any part or derivative of an Appendix I species is found in your store, it may be confiscated and you could be charged. You may sell Appendix II species parts or derivatives in your store, but only if the necessary permits were obtained when the items were imported. Ask the importer to give you a copy of the permits. Inspections of your store by wildlife officers can be made at any time, so keep a record to prove that the items were legally imported.

Are you an importer or exporter of herbal plant or animal parts, or medicines that contain wildlife derivatives?

If you import or export herbs or medicines that contain wildlife parts or derivatives, be sure that none of the parts are from Appendix I species and that none of the medicines list Appendix I derivatives.1 If you import medicines that contain wildlife parts or derivatives containing Appendix II species, you must first obtain the necessary CITES permits and present them to the Canada Border Services Agency upon entry into Canada. Otherwise, your goods may be confiscated and you could be charged.

What happens if you do not comply with the law?

The goods will be seized, and you may receive a warning or a ticket, or fines of up to $150,000 and/or up to five years in jail for individuals, and fines up to $300,000 for businesses. A separate fine can be imposed for every illegal item. For instance, an individual could be charged for every box of a product containing endangered species parts or derivatives. As of 2012, Administrative Monetary Penalties (AMPS) will be in place, which allows for penalties to be laid outside of the court system. 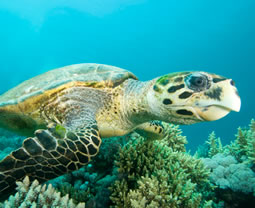 What can a customer or user of herbs and medicines do to ensure wildlife laws have been met?

You must only buy parts or products that have been imported legally. Ask the store owner for proof of legal import. If you travel with medicines, make sure they do not list Appendix I species as ingredients. Ginseng that is native to Canada, even if it is returned after being shipped to Asia, is not exempt.

Are there exemptions from requiring CITES permits to import/export wildlife parts or derivatives?

Yes. There are non-commercial exemptions for tourist souvenirs, and personal and household goods, but restrictions apply. You are legally responsible to know what these exemptions are before you travel.

For more information on CITES and WAPPRIITA please visit: www.ec.gc.ca/cites

For information on how and where to apply for a CITES permit, contact one of the following Environment Canada offices:

Trade may be possible for captive-bred or artificially propagated specimens.