Protecting habitat for wildlife and birds: challenges and priorities 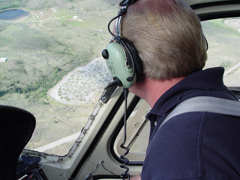 Environment and Climate Change Canada's  protected areas are places for wildlife that are managed to conserve habitat. They are a counter-balance to regional habitat fragmentation, degradation and loss. As such, they contribute to balancing economic and environmental needs at landscape scales by preserving critical ecosystem components and functions. However, protected areas are under pressure from multiple sources: invasive alien species, mining, forestry, oil and gas exploration and extraction, and climate change have the potential to significantly affect protected areas.

In recent decades, the demands on ecosystems from development and various sectors of the economy, especially the resource sectors, have increased substantially. These demands occasionally result in pressure to access resources within the boundaries of protected areas. As a result of growing economies and populations, these pressures are not likely to abate, both inside and outside of Canada. As development pressures grow, the value of protected areas in providing balance will increase if their ecological integrity is maintained, restored where needed, and safeguarded. Furthermore, faced with a changing climate that brings its own suite of ecosystem changes, the value of protected areas as refuges for biodiversity can only increase.

Awareness needs to be heightened on the need to minimize stress on protected areas in order to maintain their resiliency, and thus their critical role as refuges for biodiversity. This will help maintain the capacity of species to respond and adapt to changing ecosystems.

Recent examples of development pressures facing individual protected areas include the EnCana Shallow Gas Infill Development Project in the Canadian Forces Base Suffield National Wildlife Area in Alberta, and the Mackenzie Gas Project with regards to the Kendall Island Migratory Bird Sanctuary in the Northwest Territories.

To help Canada address its conservation needs, the Canadian Wildlife Service of Environment and Climate Change Canada is working with the Wildlife and Landscape Science Directorate to help identify conservation priorities. For example, current priorities include the need to identify and designate protected areas in the northern regions, as well as for the protection of marine habitats. Through collaborative research on populations and habitat change, appropriate and effective conservation actions can be developed and implemented. 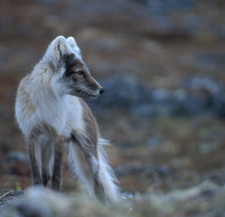 The Northwest Territories, Nunavut and Yukon comprise 40% of the land mass of Canada, incorporating a great variety of habitat types--from Taiga Plains and Taiga Shield to the Arctic Cordillera. Such diversity supports a wide range of wildlife: 220 species of migratory birds are known to breed in these regions, including 10 million pairs of marine migratory birds. However, these northern regions are facing increasing pressures from development associated with the extraction of minerals and hydrocarbons and their associated known threats, such as potential oil spill concerns. Climate change, tourism, and airborne pollution also pose a threat to northern ecosystems.

Environment and Climate Change Canada is working to maintain and enhance the ecological integrity of its network of protected areas in the face of climate change. Climate change is predicted to undermine the original conservation mission of some protected areas as a result of climate-induced changes in the biophysical makeup of these ecosystems. 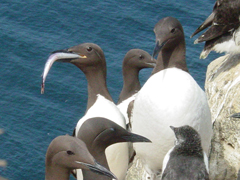 Many birds depend on offshore coastal habitats for breeding, feeding, moulting, migratory stopovers, and overwintering. To address coastal and offshore conservation issues, the Canada Wildlife Act was amended in 1994 to extend provisions for National Wildlife Areas to protect marine habitats beyond the 12-nautical-mile territorial sea limit out to the edge of the exclusive economic zone. Although many National Wildlife Areas include a marine portion, the establishment of National Wildlife Areas to protect solely marine habitats follows Environment and Climate Change Canada’s commitments to establish a comprehensive national network of marine protected areasFootnote1. The conservation and protection of Canada’s natural and cultural marine resources is in line with the Federal Marine Protected Area Strategy, and the National Framework for Canada's Network of Marine Protected Areas.

At present, several candidate sites are being studied, including the candidate Scott Islands National Wildlife Area off the coast of British Columbia. The Scott Islands marine area would be the first National Wildlife Area protecting solely marine habitats. It would protect the marine foraging habitat of more than one million seabirds that nest there each year, including about 50% of the world's population of Cassin's Auklets, thereby rendering the site important for conservation nationally as well as an obligation for Canada with respect to global conservation.

Environment and Climate Change Canada invites partnerships in conservation, research and education aimed at protecting marine wildlife and their habitats.