What makes Akpait NWA so special?

Akpait National Wildlife Area (NWA) was designated in 2010. Situated on the northeastern tip of the Cumberland Peninsula of Baffin Island in Nunavut, the 792-km² NWA protects key marine habitat for colonial seabirds and marine mammals. The smaller, terrestrial portion (48 km²) is located on a promontory overlooking Akpait Fiord, and consists of rock pinnacles, ridges and steep cliffs rising 915 metres above sea level, bordered by a high talus slope and beach. 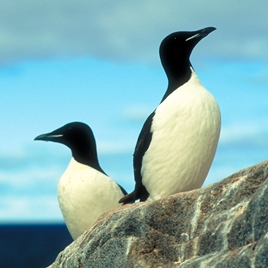 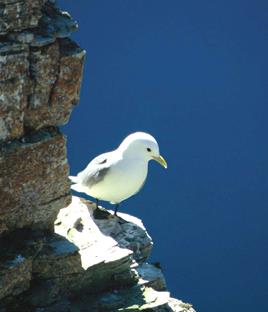 Akpait NWA is managed by Environment and Climate Change Canada in partnership with the Sululiit Area Co-management Committee of Qikiqtarjuaq, Nunavut. 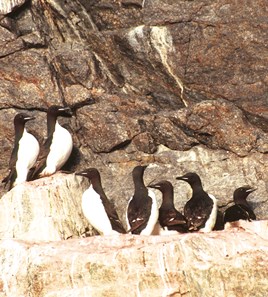 What can I do at Akpait NWA?

In the Nunavut territory, Nunavut beneficiaries, as per the Nunavut Land Claims Agreement, can harvest wildlife for their economic, social and cultural needs. Access to Akpait NWA is restricted except for Nunavut beneficiaries. For all non-beneficiaries, a permit must be obtained to either access or conduct any type of activity in the NWA. More information on access and permitting for Akpait NWA can be obtained by contacting the Environment and Climate Change Canada regional office.