Prince Edward Point National Wildlife Area is open to the public for day-use only. While most trails will be opened from June 1st, some trails and visitor facilities may remain closed until such time that they can be safely re-opened.

Remember, you are responsible for your own safety.

We hope to provide visitors with additional access to services and facilities in the near future as conditions allow, and subject to the direction from federal and provincial health authorities.

Prince Edward Point National Wildlife Area (NWA) is located about 20 kilometres (km) southeast of Picton, Ontario, along the northeast shore of Lake Ontario. Since the mid-1960s, this section of the Long Point Peninsula has been recognized as an important area for migratory birds. The geographic location and diversity of habitats causes a spectacular number of migratory passerine birds to concentrate at the tip of the peninsula. Also, large numbers of diurnal and nocturnal raptors pass through the area during spring and fall migration. There is no other location on the Canadian side of Lake Ontario where birds are known to occur in such high densities during migration. More than 300 species of birds have been recorded on the point, including songbirds, waterfowl, owls and hawks. In 1998, Prince Edward Point was designated part of the Prince Edward County South Shore Important Bird Area (IBA) by Bird Life International. 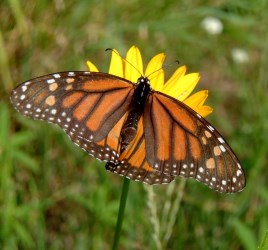 Thirty-one species at risk, listed under the federal Species at Risk Act (SARA) have been recorded within the NWA. For listed avian species at risk, including the Whip-poor-will, Red-headed Woodpecker and Least Bittern, the NWA serves both as an area of respite during migration and as breeding habitat. Numerous snake species can also be found in the NWA. In addition, Prince Edward Point NWA is an important staging area for migrating bats and Monarchs.

Most of the lands within the NWA are undergoing natural succession from former pasture to a mix of thickets and successional woodlands. Since the NWA is one link in a chain of essential migratory habitats, the conservation of key elements of the broader connecting landscape is of concern.

More information on Prince Edward Point NWA is provided in the summary table below. 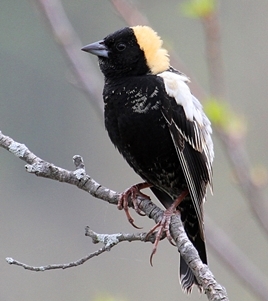 Prince Edward Point is a beautiful place to spend a day. Pack a picnic, swim at one of several small unsupervised gravel beaches or launch your boat in the harbour at the end of Long Point Road. You can also explore the small network of hiking trails to enjoy the sights and sounds of the local wildlife and their habitat. Or, for something more interactive, contact the Prince Edward Point Bird Observatory, which offers public programming in the spring and fall.

Access to Prince Edward Point NWA is seasonally restricted and activities are permitted in accordance with the conservation goals of the NWA management plan. Public notices listing the authorized activities are posted at access points.

Note: Certain areas of the NWA may be closed to the public during spring and fall bird migration.

More information on access and permitting for Prince Edward Point NWA can be obtained by contacting the Environment and Climate Change Canada regional office.

Map of the area

This map is for illustrative purposes only and should not be used to define legal boundaries. Prince Edward Point NWA can also be viewed using Google Maps. Please note that the Google map is a complementary source of information and does not represent the official map or site name.