What makes Qaqulluit NWA so special?

Qaqulluit National Wildlife Area (NWA) was established in 2010 to protect key marine habitat and seabird colonies off the eastern coast of Baffin Island, Nunavut. The northeastern tip of Qaqulluit Island (also known as Cape Searle and the only land portion of the NWA) is characterized by two huge rock spires that rise over 430 metres above sea level, surrounded by rugged cliffs. At over 398 square kilometres in size, Qaqulluit NWA is 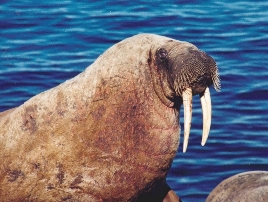 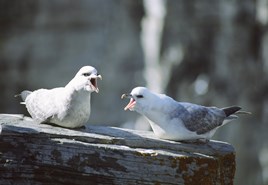 Qaqulluit NWA is managed by Environment and Climate Change Canada in partnership with the Sululiit Area Co-management Committee of Qikiqtarjuaq, Nunavut. 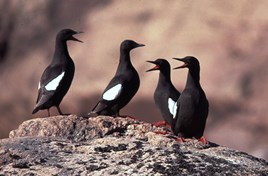 What can I do at Qaqulluit NWA?

In the Nunavut territory, Nunavut beneficiaries, as per the Nunavut Land Claims Agreement, can harvest wildlife for their economic, social and cultural needs. Access to Qaqulluit NWA is restricted except for Nunavut beneficiaries. For all non-beneficiaries, a permit must be obtained to either access or conduct any type of activity in the NWA. More information on access and permitting for Qaqulluit NWA can be obtained by contacting the Environment and Climate Change Canada regional office.