St. Denis is unique among the network of National Wildlife Areas (NWAs) because it was established primarily for research on the effects of agricultural practices on waterfowl habitat in the prairie pothole region. Established in 1968, this 361-hectare NWA in south-central Saskatchewan functions as an outdoor laboratory for Environment and Climate Change Canada’s Prairie and Northern Wildlife Research Centre at the University of Saskatchewan in nearby Saskatoon. 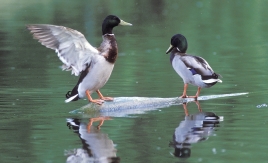 As a research centre, the St. Denis NWA contributes to: 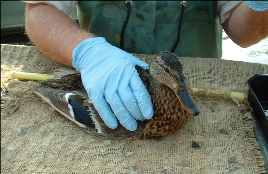 Over 100 scholarly articles and more than 25 graduate theses have been published from research conducted on the St. Denis NWA.

Migratory Bird Sanctuaries (MBSs) are established under the authority of the Migratory Birds Convention Act, 1994, and provide a refuge for migratory birds in the marine and terrestrial environments. The current Protected Areas Network consists of 54 NWAs and 92 MBSs comprising more than 12 million hectares across Canada. 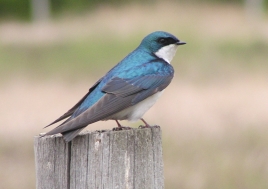 What can I do at St. Denis NWA?

Public access to St. Denis NWA is prohibited, but research activities are encouraged. Proposed research activities require a permit. For information on permits, please contact Environment and Climate Change Canada’s Canadian Wildlife Service. For a complete list of NWAs, including those you can visit, please see our website.