Species at risk monitoring is ongoing within the Parks Canada heritage areas network to assess the long-term condition of species and to evaluate the results of recovery actions. Parks Canada reviews detailed assessments to monitor and capture changes in the conservation status of species and updates them as new information becomes available. The information assists in determining progress toward achieving recovery goals.

The health and numbers of several bat species in North America are being compromised by a relatively new disease called white-nose syndrome, which could have catastrophic consequences for at least three Canadian species: the Little Brown Myotis, the Northern Myotis and the Tri-colored Bat. In 2014, these bat species were added as Endangered to the List of Wildlife Species at Risk on an emergency basis. All three species are found in sites managed by Parks Canada, along with other bat species.

One conservation initiative consists of monitoring bats using digital recorders at a historic tunnel at the Fortress of Louisbourg National Historic Site. This initiative is conducted in partnership with bat researchers from St. Mary’s University and the Atlantic Coastal Action Program in Cape Breton. Automated sound detectors near the tunnel entrance have recorded the echolocation clicks of Little Brown Myotisand Northern Myotis. Both species use the tunnel to roost and to hibernate. Parks Canada staff collaborated with bat researchers to capture bats at the tunnel entrance to determine species, numbers and health. As of August 2014, the fungus causing white-nose syndrome has not been detected in the tunnel. 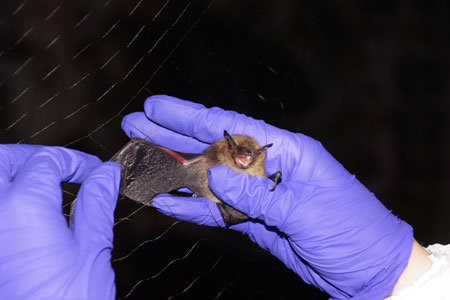 In 2014, the presence of the Grass Pickerel in Quebec was finally confirmed after three consecutive years of surveys funded by Fisheries and Oceans Canada. The species had not been seen in the province in more than 25 years.

The Grass Pickerel is usually less than 30 cm long and is the smallest pickerel found in Canada. Its range is limited to North America, including Quebec and Ontario. In Quebec, the species was last captured in 1988 near Maple Grove, in the Lake St. Louis area. It had also been captured in the St. Lawrence River near Coteau-du-Lac and in a tributary off the north shore of Lake St. François. In Ontario, the Grass Pickerel is still present, occurring in a number of streams between Lake St. Francis and southern Lake Huron.

Because of its limited range and the apparent decline of several populations, the Grass Pickerel was designated a species of special concern and added to the list of species at risk in 2006. These surveys were implemented under the management plan published in 2012 and were intended to confirm the species’ presence in historical and potential new locations. Surveys conducted in 2012 and 2013 focused on the historical range, but no Grass Pickerel were captured. Further surveys were carried out in the summer of 2014 with greater emphasis on potential new locations, such as the tributaries between Lake St. François and Lake St. Louis. About 30 specimens were captured in 6 tributaries of the south shore of Lake St. François, where the species had never before been reported.

The species’ confirmed presence in a new area is an encouraging sign for its recovery. Other measures will be implemented in the coming years to learn more about the Grass Pickerel population in Quebec and to ensure its protection. 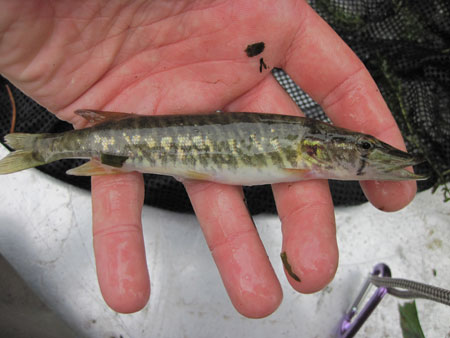