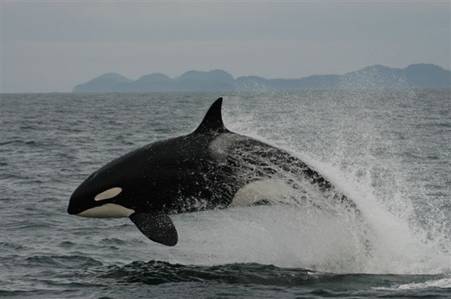 About the Species at Risk Act Recovery Strategy Series

In the context of species at risk conservation, recovery is the process by which the decline of an endangered, threatened, or extirpated species is arrested or reversed and threats are removed or reduced to improve the likelihood of the species’ persistence in the wild. A species will be considered recovered when its long-term persistence in the wild has been secured.

Recovery strategy development is a commitment of all provinces and territories and of three federal agencies -- Environment Canada, Parks Canada Agency, and Fisheries and Oceans Canada -- under the Accord for the Protection of Species at Risk. Sections 37–46 of SARA outline both the required content and the process for developing recovery strategies published in this series.

To learn more about the Species at Risk Act and recovery initiatives, please consult the SARA Public Registry and the Web site of the Recovery Secretariat.

Additional copies can be downloaded from the SARA Public Registry (http://www.sararegistry.gc.ca/)

© Her Majesty the Queen in Right of Canada, represented by the Minister of Fisheries and Oceans , 2007. All rights reserved.

Content (excluding the illustrations) may be used without permission, with appropriate credit to the source.

Fisheries and Oceans Canada has developed its recovery strategy for the transient killer whale as required by the Species at Risk Act. This recovery strategy has been prepared in cooperation with jurisdictions responsible for the species, as described in the Preface.

The goals, objectives and recovery approaches identified in the strategy are based on the best existing knowledge and are subject to modifications resulting from new information. The Minister of Fisheries and Oceans will report on progress within five years.

This strategy will be complemented by one or more action plans that will provide details on specific recovery measures to be taken to support conservation of the species. The Minister will take steps to ensure that, to the extent possible, Canadians directly affected by these measures will be consulted.

The responsible jurisdiction for the transient killer whale is Fisheries and Oceans Canada.  The population occurs off the coast of the province of British Columbia and the within areas of that Parks Canada, Environment Canada, the Department of National Defence, Natural Resource Canada and Transport Canada and the province of British Columbia have jurisdiction for activities or a role in supporting transient killer whale recovery.  These agencies have all cooperated in the development of this recovery strategy.

Kathy Heise was contracted to research and draft the background section of this strategy.  The DFO Technical team (see Appendix D) developed the Recovery section, with the contributions of those acknowledged below who participated in a technical workshop.

The purpose of a SEA is to incorporate environmental considerations into the development of public policies, plans, and program proposals to support environmentally-sound decision making.

Recovery planning is intended to benefit species at risk and biodiversity in general. However, it is recognized that strategies may also inadvertently lead to environmental effects beyond the intended benefits. The planning process based on national guidelines directly incorporates consideration of all environmental effects, with a particular focus on possible impacts on non-target species or habitats.

This recovery strategy will clearly benefit the environment by promoting the recovery of the transient killer whales. The potential for the strategy to inadvertently lead to adverse effects on other species was considered. The SEA concluded that this strategy will clearly benefit the environment and will not entail any significant adverse effects. Refer to the following sections of the document in particular: Habitat and Biological Requirements, Ecological Role and Limiting Factors.

SARA defines residence as: “a dwelling-place, such as a den, nest or other similar area or place, that is occupied or habitually occupied by one or more individuals during all or part of their life cycles, including breeding, rearing, staging, wintering, feeding or hibernating” [SARA S2(1)].

Residence descriptions, or the rationale for why the residence concept does not apply to a given species, are posted on the SARA public registry: http://www.sararegistry.gc.ca/plans/residence_e.cfm

The transient population of killer whales are marine mammals and are under the jurisdiction of the federal government.  The Species at Risk Act (SARA, Section 37) requires the competent minister to prepare recovery strategies for listed extirpated, endangered or threatened species. The transient population of killer whales was listed as threatened under SARA at proclamation on June 5, 2003.  Fisheries and Oceans Canada – Pacific Region led the development of this recovery strategy. The strategy meets SARA requirements in terms of content and process (Sections 39-41).

The following includes individuals on the technical team, and others whose feedback was officially sought in the Technical Workshop, but does not include participants in the Stakeholder Recovery Forum or feedback provided at consultations or meetings.  The following individuals participated in the Technical Workshop held in January 2007 in Vancouver, B.C.:  M. Joyce, A. Greene, J. Ford, P. Ross, P. Olesiuk, K. West, T. Lee, J. Durban, S. Raverty, L. Barrett-Lennard, K. Heise, J. Straley, V. Deecke, D. Ellifrit, A. Trites, and R. Galbraith.