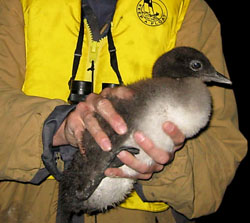 Heavy metals like lead and mercury can damage the neurological, endocrine and reproductive systems in various wildlife species.

Increased exposure to heavy metals can cause:

Researchers use a combination of field study and laboratory analysis to identify, track and investigate the effects of heavy metals in wildlife species, specifically birds, and their environments. Where heavy metals are suspected, researchers investigate food sources, food chain transfers, individual species and ecosystem functioning. 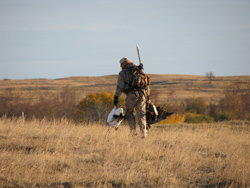 Research on lead in wildlife has focused mainly on the issue of ‘lead shot,’ small pellets of metallic lead used as projectiles in shotgun ammunition for hunting and target shooting. A related issue is the accidental ingestion of small lead fishing sinkers and jigs used in recreational angling.

Waterbirds can ingest spent lead pellets or lost fishing tackle, resulting in poisoning. In addition, birds shot with lead pellets and not retrieved by hunters can become a source of secondary poisoning for predatory and scavenging wildlife. Other animals may prey upon dead or wounded game animals having lead shot embedded in their tissues.

Research ongoing since the 1960s led researchers to conclude that lead shot was the most important source of elevated lead exposure in waterfowl and some other waterbirds species. It was estimated that annual lead poisoning affected 250,000 birds in Canada, and about 2.5 million across North America.

Based on this research, Environment Canada banned use of lead shot for hunting most migratory game bird species. The nation-wide ban, in place since 1999, has resulted in a dramatic decrease in elevated lead exposure in wild waterfowl. It was found that elevated lead in bones of migrating ducks decreased between 52% and 90% depending on the species and location sampled.

Once considered a problem only in wetlands, wildlife and landscape scientists are now also examining how lead shot is affecting upland-foraging birds and raptors, like great horned owls, red-tailed hawks and golden eagles, as they have also been found to scavenge uncollected game animals shot and killed with lead shot or bullets.

For example, Richardson’s ground squirrels are a favoured prey item of Swainson’s and ferruginous hawks. Long considered a pest, it is a common management control practice to use lead shot to shoot ground squirrels. However, given the large numbers of ground squirrels shot, and the fact that they are rarely retrieved, the carcasses pose a significant risk of lead exposure and poisoning for scavenging raptor species. It has been estimated that hawks need only 23 days of feeding on this prey to ingest potentially lethal levels of lead.

In addition, researchers are investigating how lead shot affects the species currently exempt from the lead shot ban, including the American woodcock. 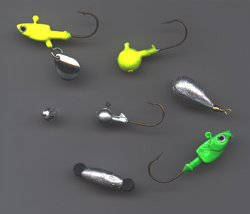 Research has also determined that ingestion of small lead fishing sinkers and jigs is a major cause of death in breeding common loons in eastern Canada and the United States, often exceeding the death rate caused by trauma, disease and entanglement in fishing gear.

Wildlife and landscape researchers focus their investigation of mercury on determining if and where fish-eating wildlife are exposed to mercury at levels that impact their health and reproductive success.

Methylmercury is extremely toxic and easily absorbed from dietary sources, allowing it to biomagnify through food chains. For this reason it is ultimately consumed and bioaccumulated in species that occupy top predatory niches, and is particularly prevalent in aquatic environments.

Investigations seek to understand how methylmercury causes measurable negative impacts on the health and reproductive success of target wildlife species, like common loons, eagles, river otter, mink, and their prey. These studies are conducted at several sites across Canada to represent different environmental conditions and levels of contamination. 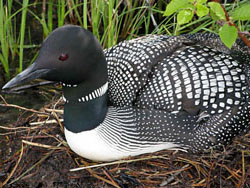 After seminal work conducted on mercury in common loons in the mid-1970s, researchers, since the mid-1990s, have investigated mercury levels and effects in common loons across North America. They determined that mercury levels were high enough to impair loon reproduction in many acidic lakes in Canada. They also found that the size of loon eggs declined as the exposure to mercury increased. Loons in northeastern North America were generally at higher risk for elevated dietary mercury exposure and poisoning.

Researchers track mercury trends in food webs in the Atlantic, Arctic and Pacific oceans, the Great Lakes and the St. Lawrence River by regularly collecting colonial waterbird eggs. They have found that mercury levels in eggs from the Arctic are increasing, while mercury trends are generally decreasing in the Great Lakes. Researchers are also conducting experiments to determine how sensitive different waterbird species are to mercury in their eggs.

Since wildlife are at risk for both natural and anthropogenic mercury sources, it is important to better understand the environmental and anthropogenic conditions that increase the risk of exposure. Researchers also conduct studies to determine the relative importance of natural versus anthropogenic sources of mercury exposure in wildlife.

Researchers also investigate a variety of conditions that allow them to identify habitats at greatest risk for mercury bioaccumulation and toxicity. Variables such as environmental acidification, areas affected by non-ferrous mining/smelting activities, and the presence of underlying geology high in mercury are all considered in determining these high risk habitats.

Researchers are also working collaboratively with university scientists to investigate:

These research and monitoring activities help inform the development of an ecological risk map, a key part of Environment Canada’s Clean Air Regulatory Agenda mercury science program’s (CARA’s) plan to create a comprehensive map of mercury deposition and risks for wildlife in Canada.