Ms. Landry has a rich and diverse background in law and in service to the community.

Prior to her appointment, she was a senior partner in a private law firm. Concurrently, she served as President of the Barreau de Bedford, Quebec (the Bedford branch of the Quebec bar association) and, as such, as a member of the General Council of the Barreau du Québec. She also served on the disciplinary tribunal for federal correctional institutions in the Quebec Region.

Ms. Landry began her career in 1989 in private legal practice and established her own firm in Quebec’s Eastern Townships in 1993. She was a member of the Canadian Human Rights Tribunal from 1991 to 2001.

At the recommendation of the Office des professions du Québec, she sat on the complaint review committee of the Ordre des dentistes du Québec. She also served on an inquiry committee for the Canadian Judicial Council.

Despite her many commitments, Ms. Landry has always managed to devote time to her community, specifically as chair of the board of directors for a number of business and health organizations, including the Regional Chamber of Commerce.

Ms. Landry earned a Bachelor of Law from the Université de Sherbrooke in 1988. The Barreau du Québec awarded her one of its highest honours by appointing her Advocatus Emeritus in 2009. 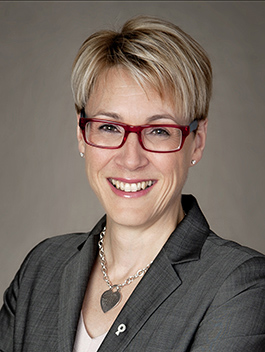