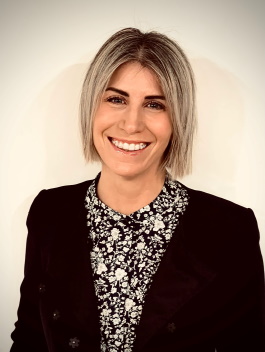 Me Tammy Tremblay was appointed as the Chairperson of the Military Police Complaints Commission of Canada effective January 3, 2023.

Me Tremblay is a human rights lawyer and policy maker who served as a Member of the Refugee Appeal Division of the Immigration and Refugee Board of Canada before being appointed as the Chairperson of the Military Police Complaints Commission of Canada in January 2023.

Me Tremblay specializes in the intersectionality of law and social issues such as gender-based violence or the protection of individual rights. As a policy maker she has focussed on the protection of women and children, including by leading the creation of Canada’s Gender-based Violence Knowledge Center and the co-development of the First Nations and Inuit and Métis Children, Youth and Families Act.

Me Tremblay spent 17 years in the Canadian Armed Forces as a military lawyer, specializing in international humanitarian and human rights law. She deployed twice to Afghanistan, serving at both ends of the spectrum of conflict: the first time supporting rebuilding efforts, including the setting up of rule of law projects; and the second time providing legal support to the Special Forces. She was honoured with a commendation from the Afghan Independent Human Rights Commission for negotiating an arrangement between Canada and Afghanistan for the monitoring of transferred detainees. She was further honoured with a commendation from the Afghan Ministry of the Interior for her contributions to Justice sector reform in Afghanistan.

Me Tremblay represented Canada at the United Nations as a military expert and was awarded the Meritorious Service Medal by the Governor General in recognition of her outstanding contribution and guidance to the Office of the Special Coordinator on Improving United Nations Response to Sexual Exploitation and Abuse.

Me Tremblay graduated from the Law Faculty of Université de Montréal in 1996, was called to the Québec Bar in 1998 and holds a Master of Laws from the Academy of International Humanitarian Law and Human Rights in Geneva, Switzerland. She is an active community volunteer in groups supporting women, Veterans, and the unhoused community.