There have been 2 vessels named Algonquin in the Royal Canadian Navy. 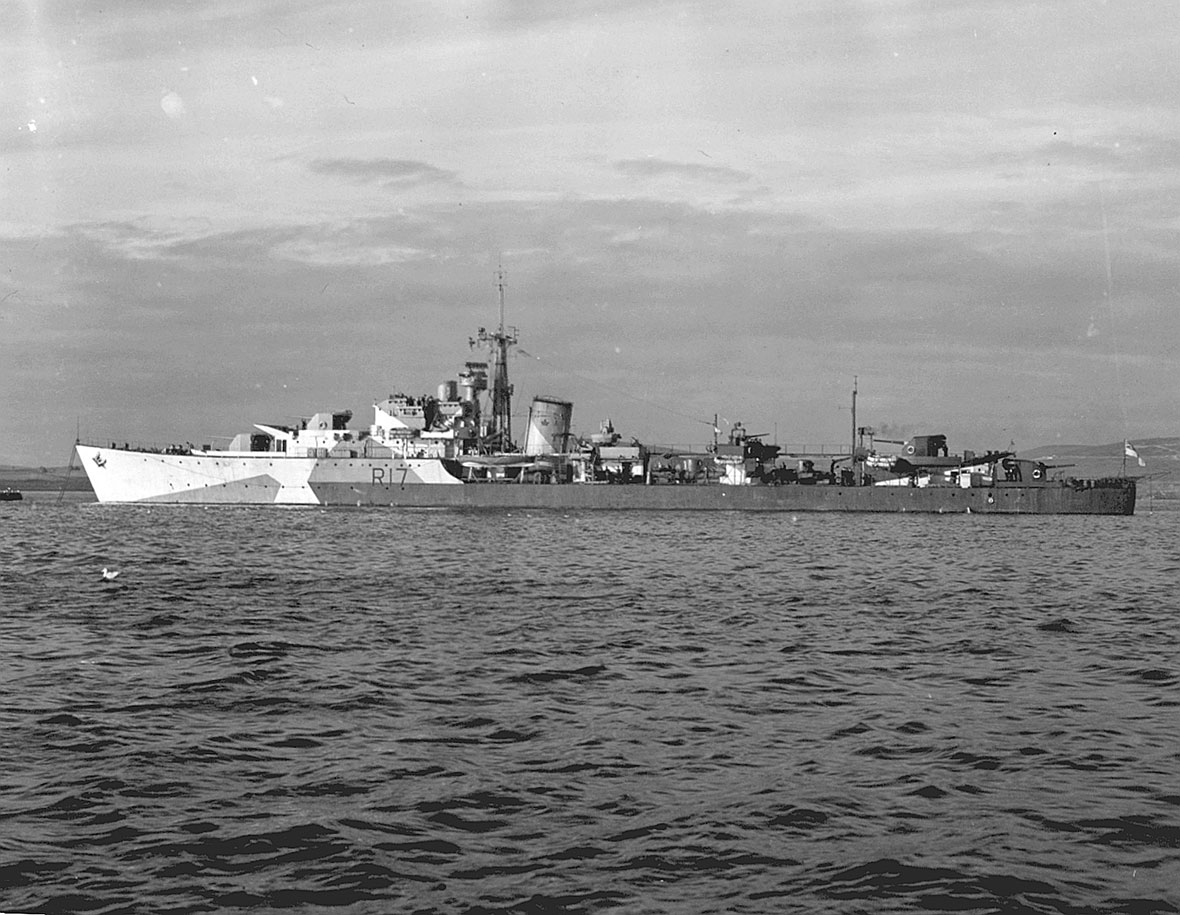 The “V” Class destroyer was laid down as HMS Valentine but commissioned on February 17, 1944, as HMCS Algonquin in the Royal Canadian Navy. She left Scotland on March 31, to help escort an aircraft carrier attack on the German battleship Tirpitz. In April, she escorted a similar attack on German shipping off the Lofoten Islands, Norway, and in May left for D Day operations. On June 6, she bombarded shore targets on the Normandy coast. Afterwards, she carried out attacks on German convoys off Norway and escorted convoys. On August 22, 1944, she rescued 203 of escort-carrier HMS Nabob’s ship’s company when the latter was torpedoed in the Barents Sea. Algonquin was paid off into reserve on February 6, 1946. She was re-commissioned on February 25, 1953, modernized and sailed for the east coast. After 14 years’ service, conducting exercises and operations with Atlantic Command, she was paid off April 1, 1970, to be broken up in Taiwan in 1971. 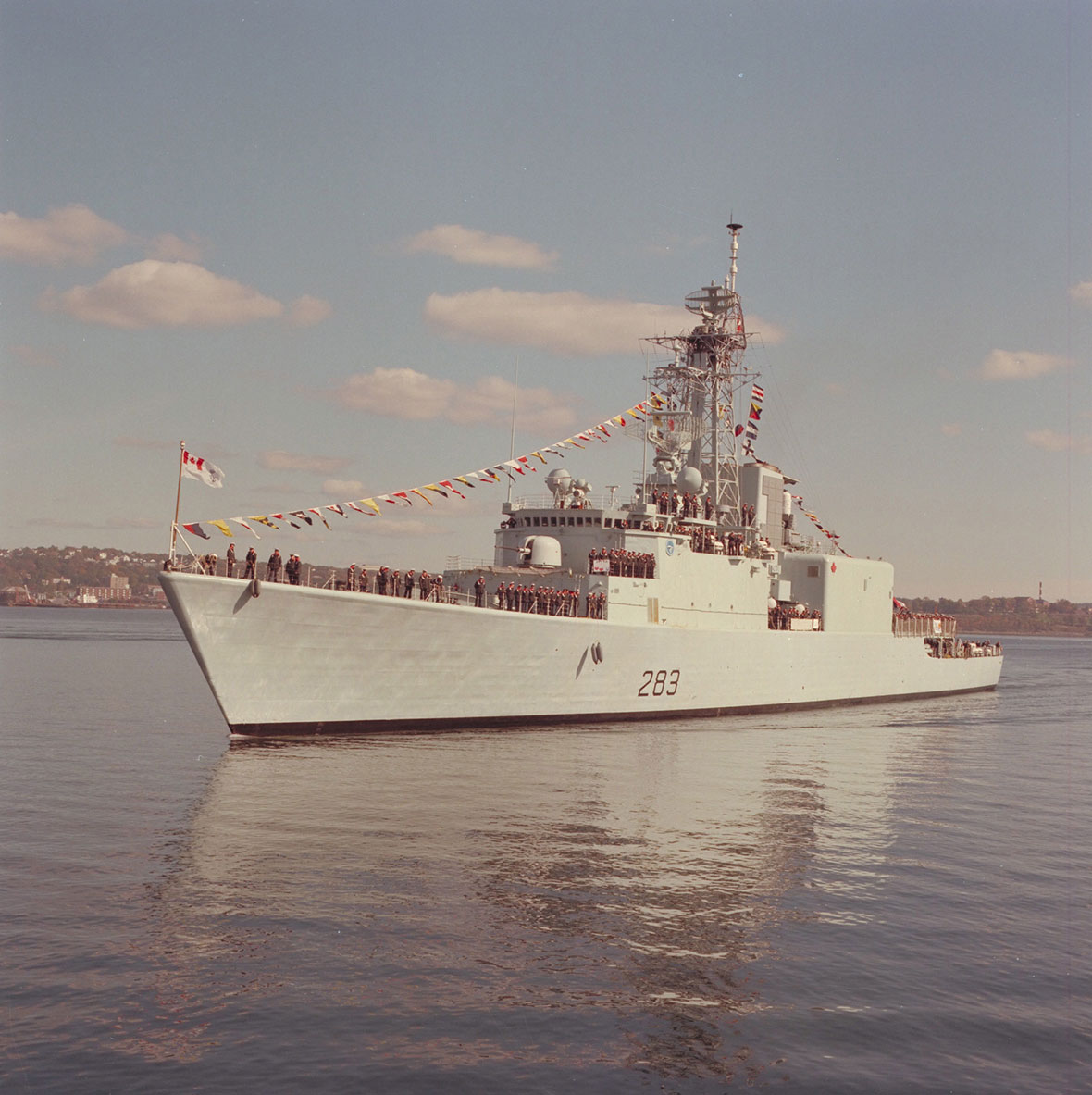 The last of the Iroquois Class destroyers, Algonquin was commissioned on November 3, 1973. In 1974, she rescued the crew of the fishing vessel Paul & Maria, sinking east of Halifax, Nova Scotia. In 1977, she was the first of her class to cross the equator. After 10 years in service, she had steamed more than 200,000 nautical miles, spent an actual 3 years at sea, had taken part in more than 20 multinational exercises and completed 4 tours of duty with the Standing Naval Force Atlantic (SNFL). On June 24, 1993, now stationed on Canada’s west coast, she transited the Suez Canal to join North Atlantic Treaty Organization (NATO) vessels in the Adriatic enforcing the blockade of the former Yugoslavia. In 1995, she took part in a United States battle group training exercise off southern California. In March 1996, she left Esquimalt, British Columbia, to participate in Exercise Westploy '96 and visited Japan, the Soviet Union and South Korea. More exercises with Pacific rim countries followed during 2000 and 2001. On March 23, 2002, she was deployed on Operation APOLLO (Canada’s contribution to the campaign against terrorism) in the Gulf of Oman. In 2003, she underwent a refit period and since then has been nearly continually at sea, participating in large multinational exercises and conducting Maritime Security Patrols in the Canadian coastal waters of British Columbia. Algonquin continues to conduct operations in support of Canada’s domestic and international policies. 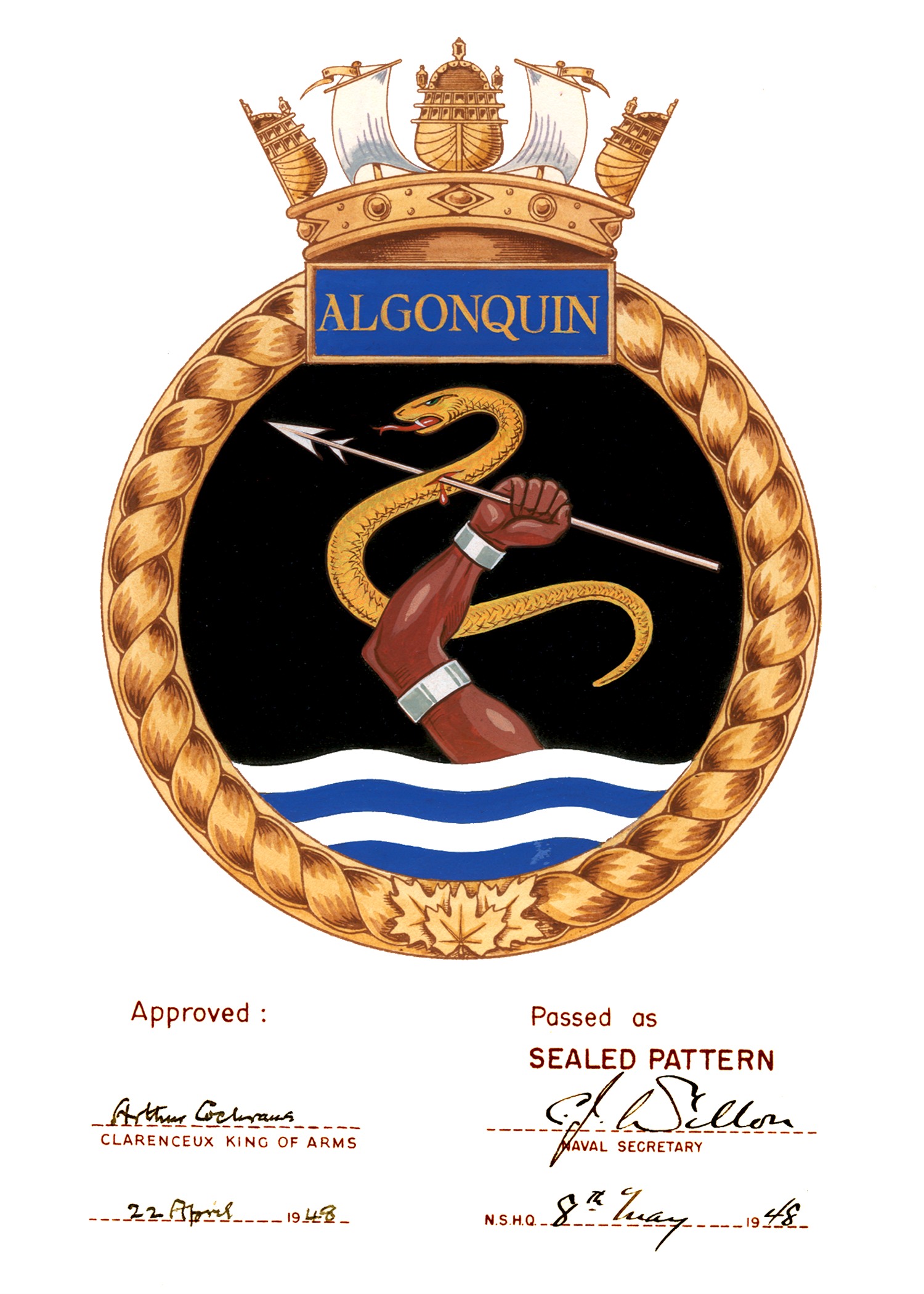