There have been 2 vessels named Annapolis in the Royal Canadian Navy. 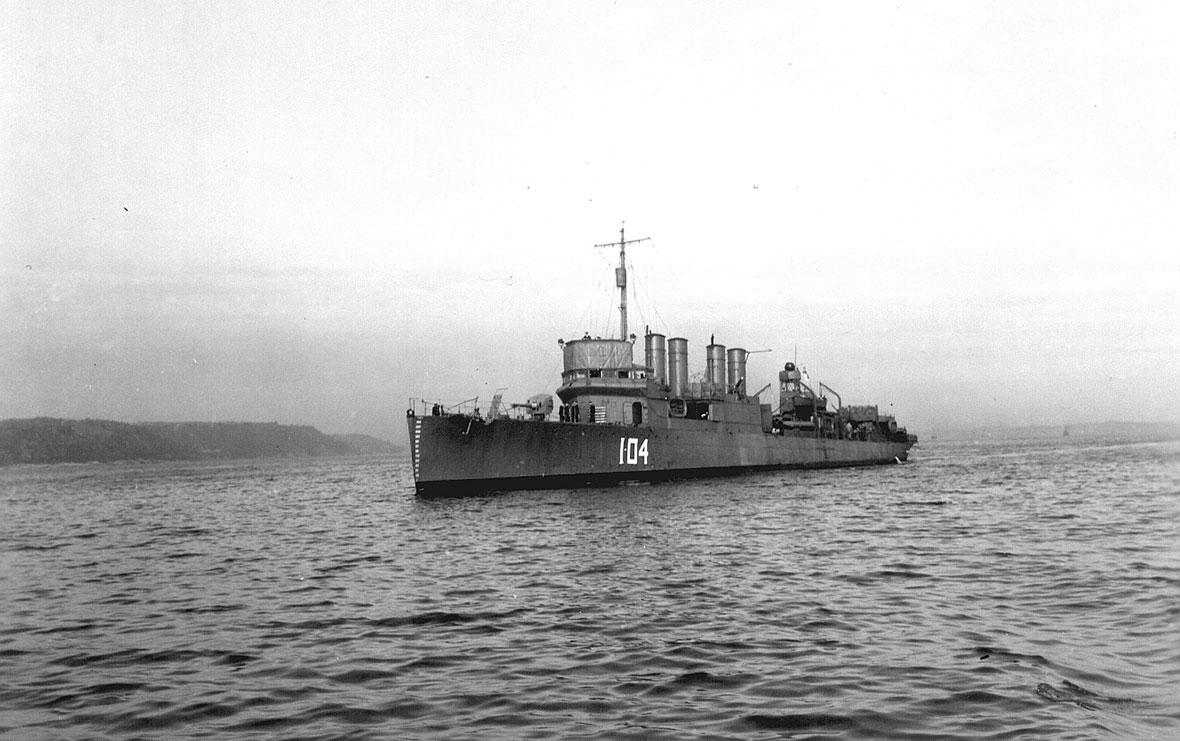 As USS Mackenzie, this Town class destroyer served 3 years with the United States Pacific Fleet before being laid up at Mare Island, California in 1922. Briefly commissioned again during the first year of the Second World War, she arrived at Halifax, Nova Scotia on September 20, 1940, and 4 days later was transferred to the Royal Canadian Navy and renamed HMCS Annapolis. The following month, No. 4 boiler became inoperable due to a fire that subsequently resulted in the loss of the aftermost funnel. Owing to reduced endurance, Annapolis never crossed the Atlantic, and spent her entire Royal Canadian Navy career with Western Local Escort Force. In June 1943, HMCS Annapolis became a member of Escort Group W-8 and later, for a short time, W-10.

In April of 1944 she was relegated to training duties at HMCS Cornwallis, also functioning as escort to Royal Navy submarines between Halifax and Digby, Nova Scotia. Paid off at Halifax, June 4, 1945, she was towed later that month to Boston where she was broken up. 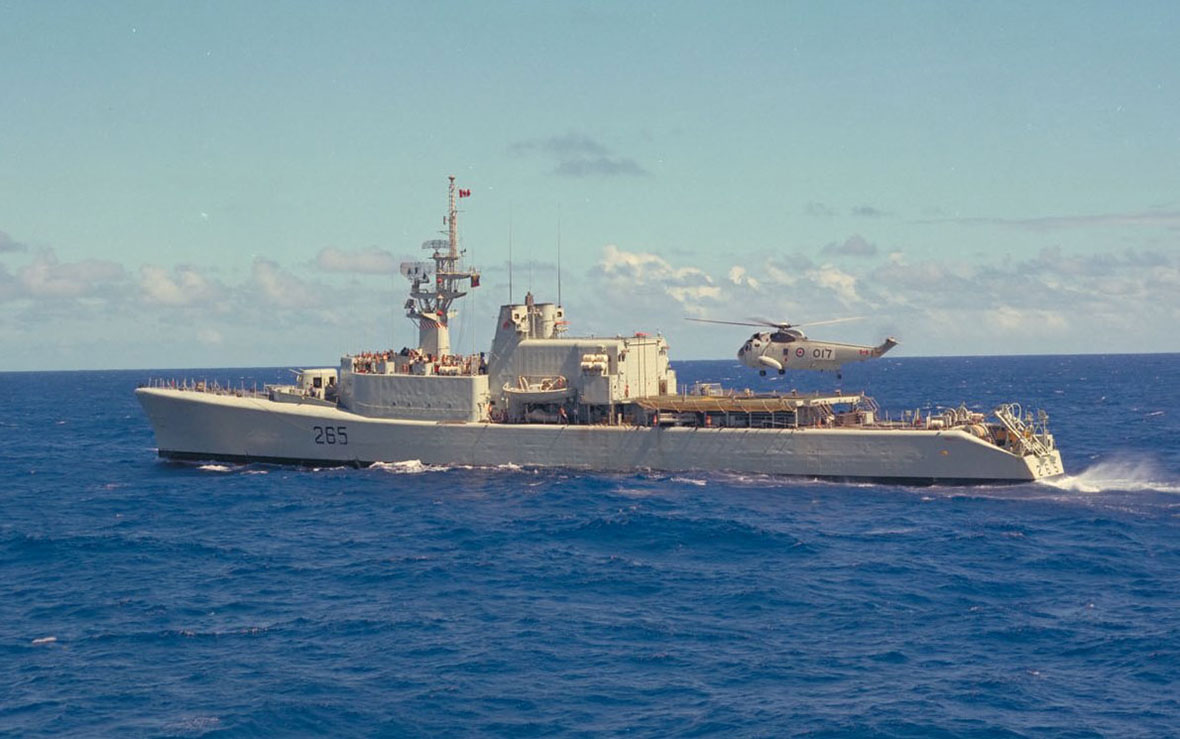 Built at Halifax Shipyards Ltd., the Annapolis class destroyer HMCS Annapolis was commissioned on December 19, 1964. She was the twentieth and last of the “Cadillacs”. In the summer of 1970, along with HMCS Skeena and HMCS Protecteur, she celebrated Manitoba’s Centennial with visits to Fort Churchill, Rankin Inlet, Chesterfield Inlet and Wakeham Bay. In June 1974, she served as flagship of Standing Naval Force Atlantic. For the next 10 years, HMCS Annapolis participated in North Atlantic Treaty Organization (NATO) exercises in the North Atlantic, Caribbean and European waters.

The ship’s Destroyer Life Extension refit was carried out by Saint John Shipbuilding Ltd. from August 19, 1985 to January 8, 1987. HMCS Annapolis took part in the major North Atlantic Treaty Organization exercise OCEAN SAFARI ‘87, and that fall acted as escort to HMY Britannia on a tour of the Great Lakes.

On August 14, 1989, HMCS Annapolis left Halifax for Esquimalt, British Columbia. The spring of 1994 saw her participating in Operation FORWARD ACTION off Haiti, and in December 1996 she was put into reserve status. HMCS Annapolis was paid off on July 1, 1998, and sold to the Artificial Reef Society of British Columbia, she was sunk as a sport-divers’ wreck. 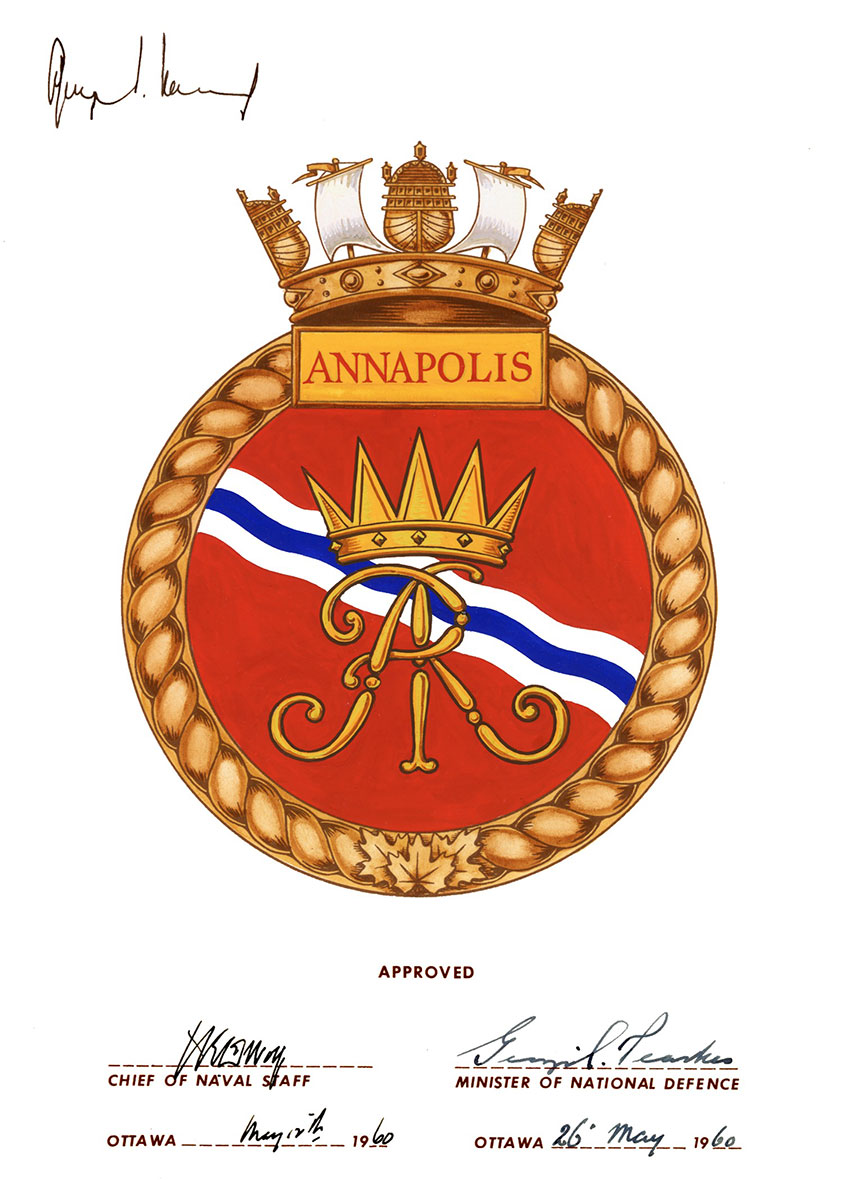