There have been 2 vessels named Assiniboine in the Royal Canadian Navy. 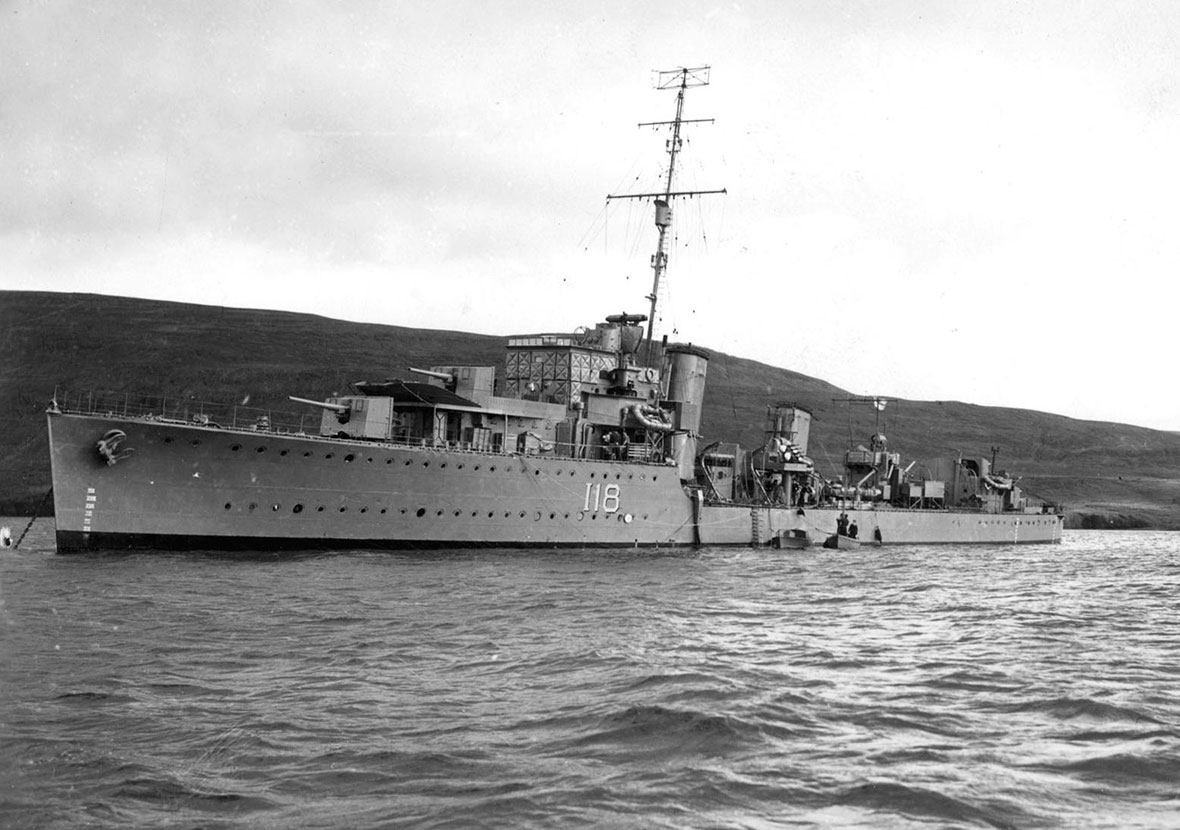 Completed in 1932 as HMS Kempenfelt, the “C” class destroyer was transferred to the Royal Canadian Navy at Devonport, Great Britain, on October 19, 1939, and renamed HMCS Assiniboine. Assigned to the America and West Indies Station, she left for Jamaica to carry out Caribbean patrols. With the formation of Newfoundland Command in June 1941, “Bones”, as she was nicknamed, was allocated for mid-ocean escort service. While thus employed, she rammed and sank German submarine U-210 on August 6, 1942. On March 2, 1943, she attacked a U-boat with depth charges set too shallow, causing serious damage to her stern. Once repaired, she returned to her mid-ocean escort duties.

HMCS Assiniboine returned to Canada in June 1945 and, after brief employment as a troop transport, was paid off August 8, 1945. On November 10, 1945, en route for scrapping at Baltimore, HMCS Assiniboine broke her tow and was wrecked near East Point, Prince Edward Island. Her remains were broken up in situ in 1952. 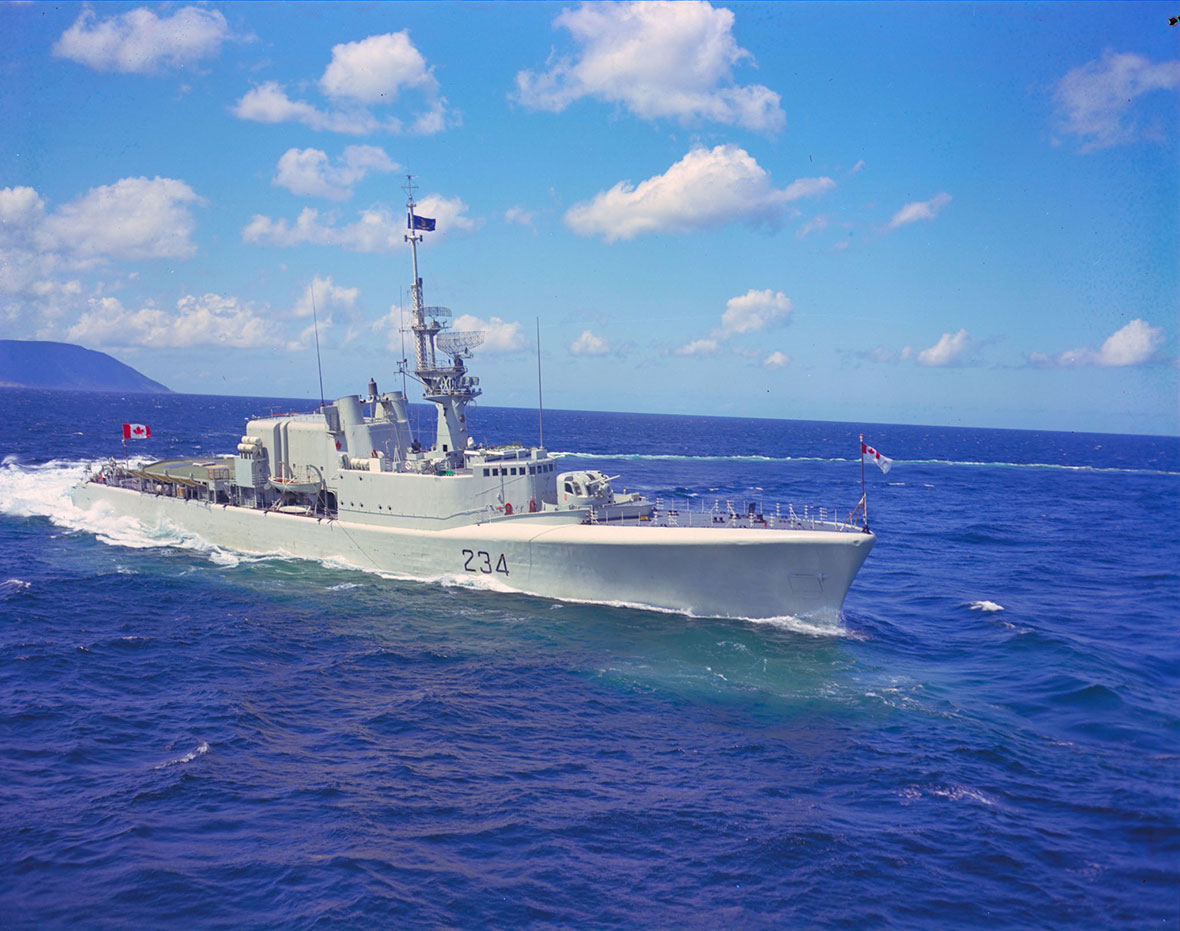 HMCS Assiniboine, a St-Laurent class destroyer, was the first ship delivered post-war to the Royal Canadian Navy by Marine Industries Ltd., Sorel, Quebec, and was commissioned there on August 16, 1956. In January 1959, after 2 years' service on the East coast, she was transferred west, and that July had the honour of carrying Queen Elizabeth II and Prince Philip from Vancouver to Nanaimo, British Columbia. In June 1962, she began her conversion to a helicopter-carrying destroyer (DDH), the first of her class to undergo the procedure, which was largely carried out by the Victoria Machinery Depot, Victoria, British Columbia.

Re-commissioned on June 28, 1963, she returned to Halifax. In January 1975, HMCS Assiniboine took the crew off of the freighter Barma, which was taking on water 185 miles off Boston. Between April and November 1979, she completed her Destroyer Life Extension (DELEX) program at Canadian Vickers Ltd., Montreal, Quebec. After 32 years' service, and with more than 700,000 nautical miles under her keel, she was paid off on December 14, 1988. Serving as a floating classroom for fleet technicians at Halifax until January 1995, she was then turned over to Crown Assets for disposal. She was sold for scrap but sank in the Caribbean Sea while under tow. 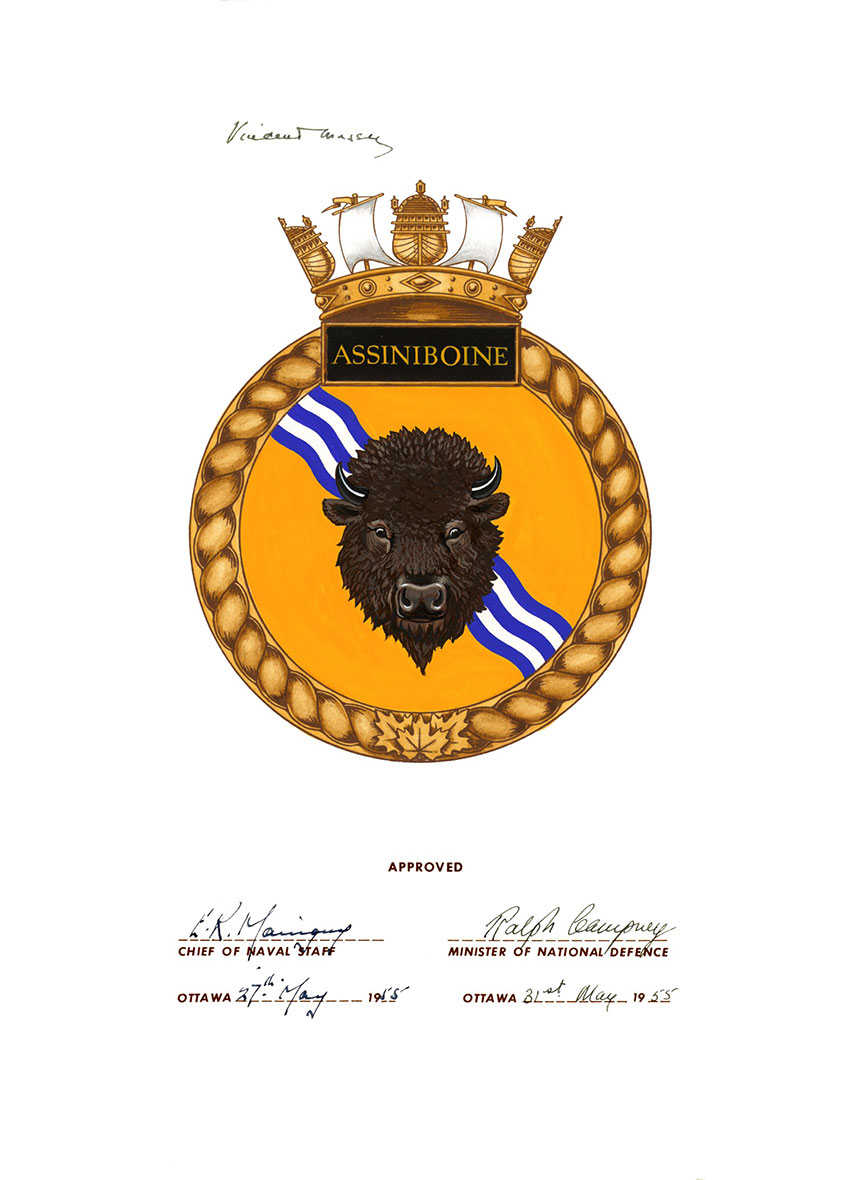