There has been only 1 vessel named Bonaventure in the Royal Canadian Navy. 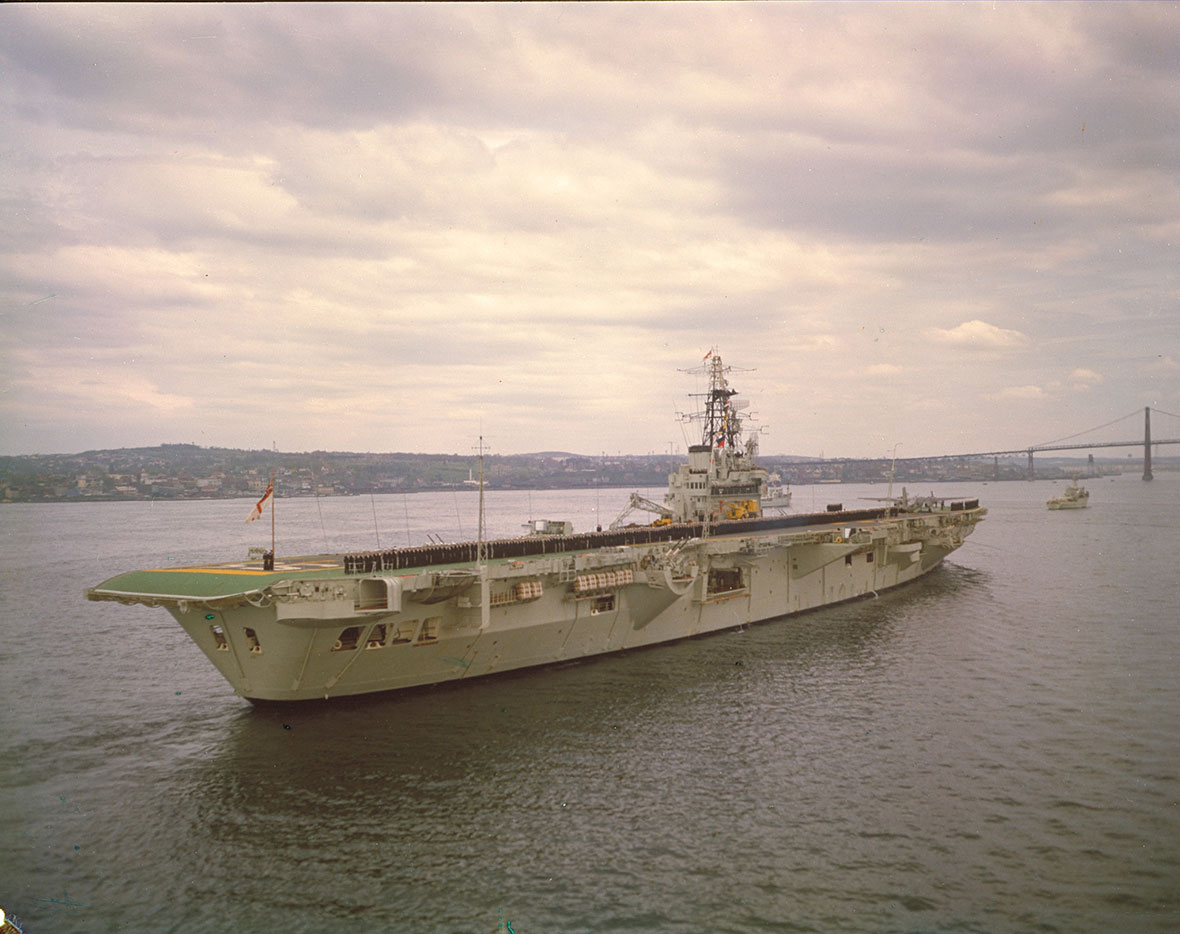 Active consideration of an expanded role for Canada in the Pacific war began as early as May 1944, and it was agreed that larger ships than any serving in the Royal Canadian Navy at that time would be required. HMS Warrior and HMS Magnificent, were offered on loan, with option to purchase, in January 1945; arrangements were concluded in May, but neither ship had been completed by Victory in Japan-Day. Reductions in defence spending soon made it evident that the Royal Canadian Navy could afford only one carrier, and it was decided to exchange HMCS Warrior for the slightly larger HMCS Magnificent.

HMCS Magnificent ’s successor’s name was to have been HMS Powerful, but the Royal Canadian Navy decided to name her HMCS Bonaventure after the bird sanctuary in the Gulf of St. Lawrence. Work on the Majestic class light fleet carrier had stopped 3 months after her launching in February 1945, with the result that improvements could be built into her when construction recommenced in 1952. The most notable of these was the angled flight deck, which provided both a longer landing run without sacrificing forward parking space, as well as removal of the unpopular crash barrier. Also noteworthy were a steam catapult and a mirror landing sight, the latter going far toward eliminating human error in landing.

“Bonnie” was commissioned at Belfast, Northern Ireland, on January 17, 1957, and arrived at Halifax, Nova Scotia, on June 26. Unlike her predecessors, HMCS Bonaventure had F2H-3 Banshee jet fighters and CS2F-2 Tracker anti-submarine aircraft as her complement. 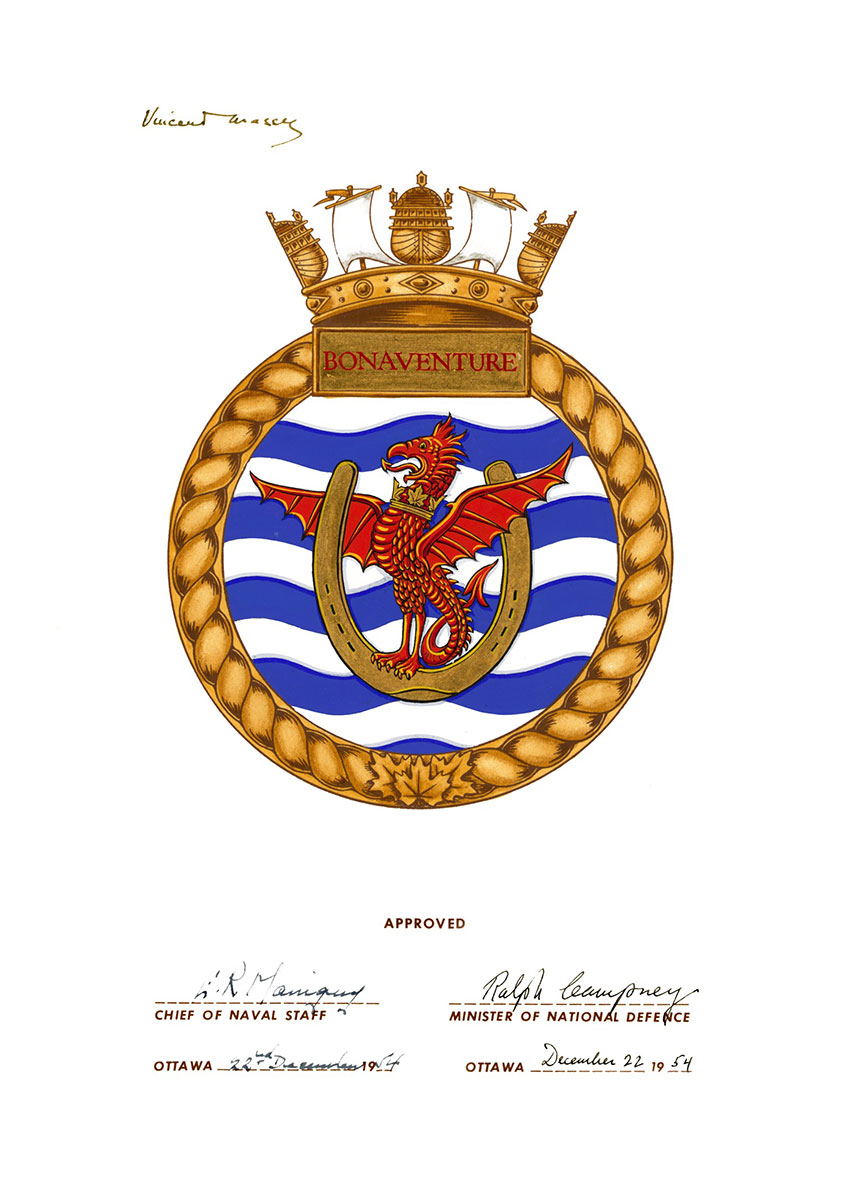 She enjoyed a busy career of flight training and participation in anti-submarine and tactical exercises with ships of other North Atlantic Treaty Organization (NATO) nations. She served as the flagship for the Commander Canadian Fleet Atlantic. In March 1964, HMCS Bonaventure transported men and material for the Canadian United Nations forces to Cyprus. What was expected to be her mid-life refit, carried out from 1966 to 1967, took 16 months and cost over $11 million. She was paid off on July 3, 1970 and sold for scrap.