There has been only 1 vessel named Camrose in the Royal Canadian Navy. 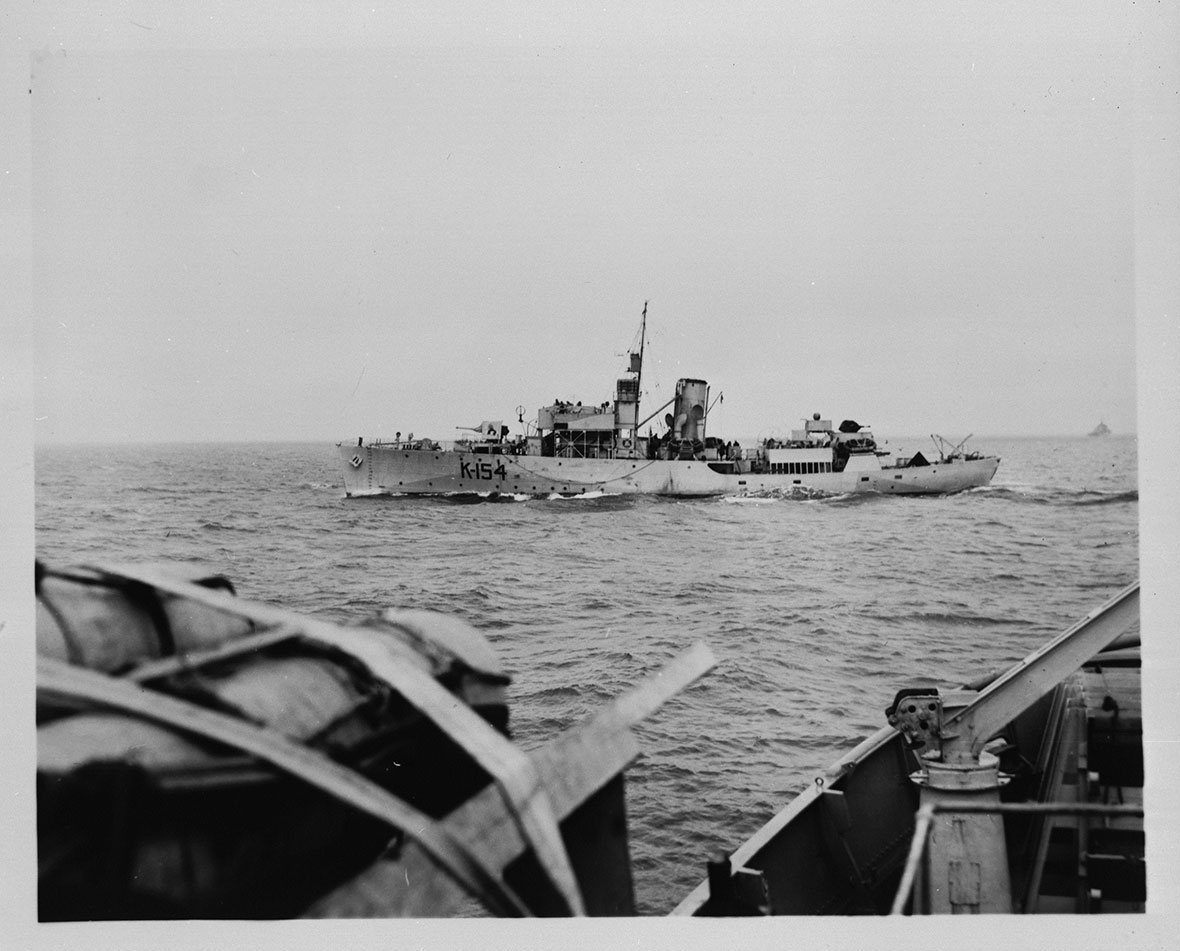 Commissioned at Sorel, Quebec, on June 30, 1941, the Flower Class corvette HMCS Camrose arrived at Halifax, Nova Scotia, on June 6. She was assigned to Halifax Force after working up, but in October joined Newfoundland Command, leaving St. John’s, Newfoundland, on October 8 for Iceland with convoy SC.48. She was employed as ocean escort to and from Iceland until February 1942, when she commenced a major refit at Lunenburg, Nova Scotia. Upon completion in May she resumed her mid-ocean escort duties for 1 round trip to Londonderry, Northern Ireland, but was assigned in June to Western Local Escort Force.

In October 1942, HMCS Camrose was allocated to duties concerned with the invasion of North Africa. She left Halifax on October 20 for the United Kingdom, and for the next 5 months escorted convoys between Britain and the Mediterranean. In April 1943 she proceeded to Pictou, Nova Scotia, for a refit lasting 5 1/2 months, including forecastle extension, after which she worked up and was assigned to Escort Group 6. She left St. John’s, Newfoundland, early in December for Londonderry, where she was based for the next 4 months in support of convoys, especially to and from Freetown, Sierra Leone and Gibraltar. While with combined convoys OS.64/KMS.38, she shared with the British destroyer HMS Bayntun the sinking of U-757 in the North Atlantic on January 8, 1944. In May she joined Western Approaches Command, Greenock, Scotland for invasion duties, escorting convoys to staging ports, and to and from Normandy beaches. She left the United Kingdom on September 2 for another refit at Pictou, followed by workups in Bermuda, returning in January 1945 to become a member of Escort Group 41, Plymouth, England. She served with this group until Victory-in-Europe Day, afterward participating in the re-occupation of St. Helier in the Channel Islands. HMCS Camrose left Greenock, Scotland, for home early in June 1945 and was paid off at Sydney on July 22. She was broken up at Hamilton, Ontario in 1947.