There have been 2 vessels named Cape Breton in the Royal Canadian Navy. 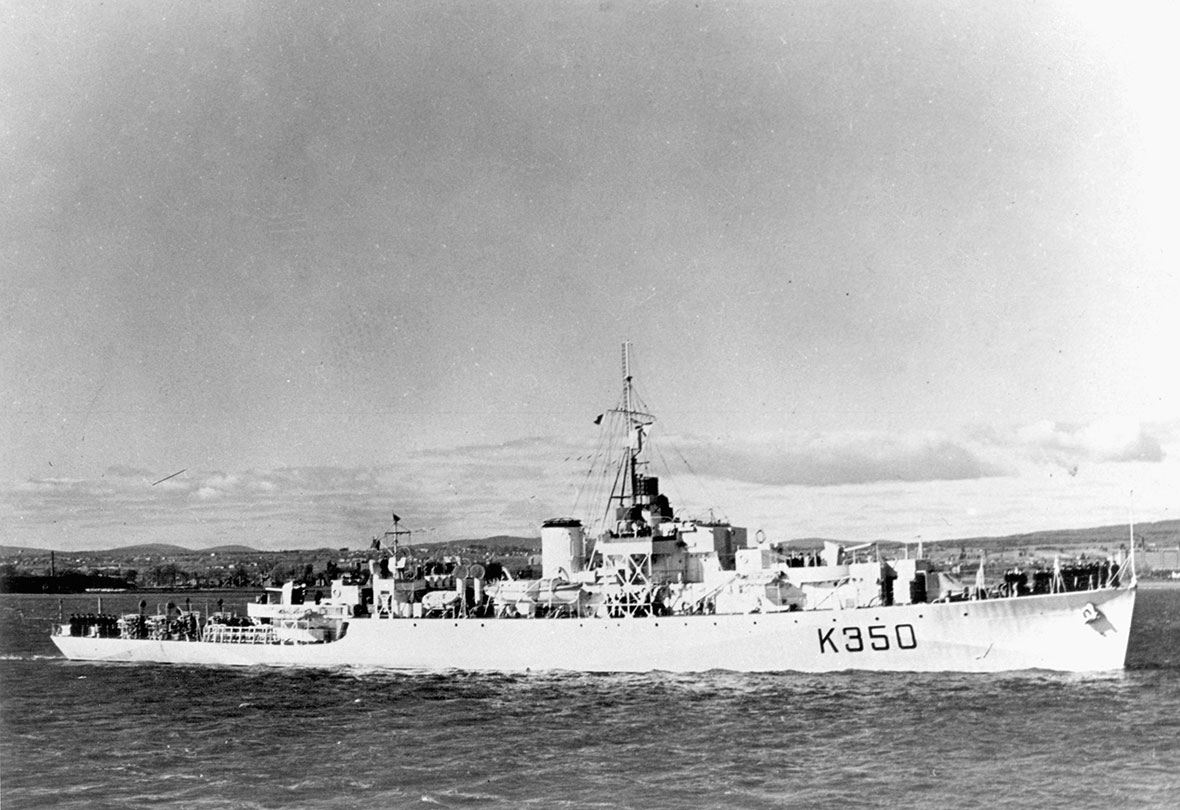 Alternatively named for the Town of Sydney, Nova Scotia because that name was reserved for another Commonwealth ship and commissioned at Quebec City, Quebec on October 25, 1943, the River class frigate Cape Breton arrived at Halifax, Nova Scotia on November 28, and worked up in St. Margaret’s Bay, Nova Scotia in January 1944. Assigned to Escort Group 6, a support group based at Londonderry, Northern Ireland, she left Halifax for the United Kingdom on February 24. Cape Breton operated at various times from Londonderry, Portsmouth and Plymouth, and in April 1944 sailed to North Russia, returning with convoy RA.59. She was also on hand at D-Day.

She returned to Canada for a refit in late 1944, arriving on November 6 at Shelburne, Nova Scotia. With work completed in April, she was then sent to Bermuda for work-ups. Assigned to Escort Group 9, she left St. John’s, Newfoundland on May 9 with convoy HX.354, and later that month sailed from Londonderry direct to Vancouver, British Columbia. A refit begun on June 26 was cancelled before completion, and the ship was paid off January 26, 1946. After several months in reserve at Esquimalt, British Columbia, she was sold and expended as a breakwater in 1948, reportedly at Kelsey Bay, British Columbia. 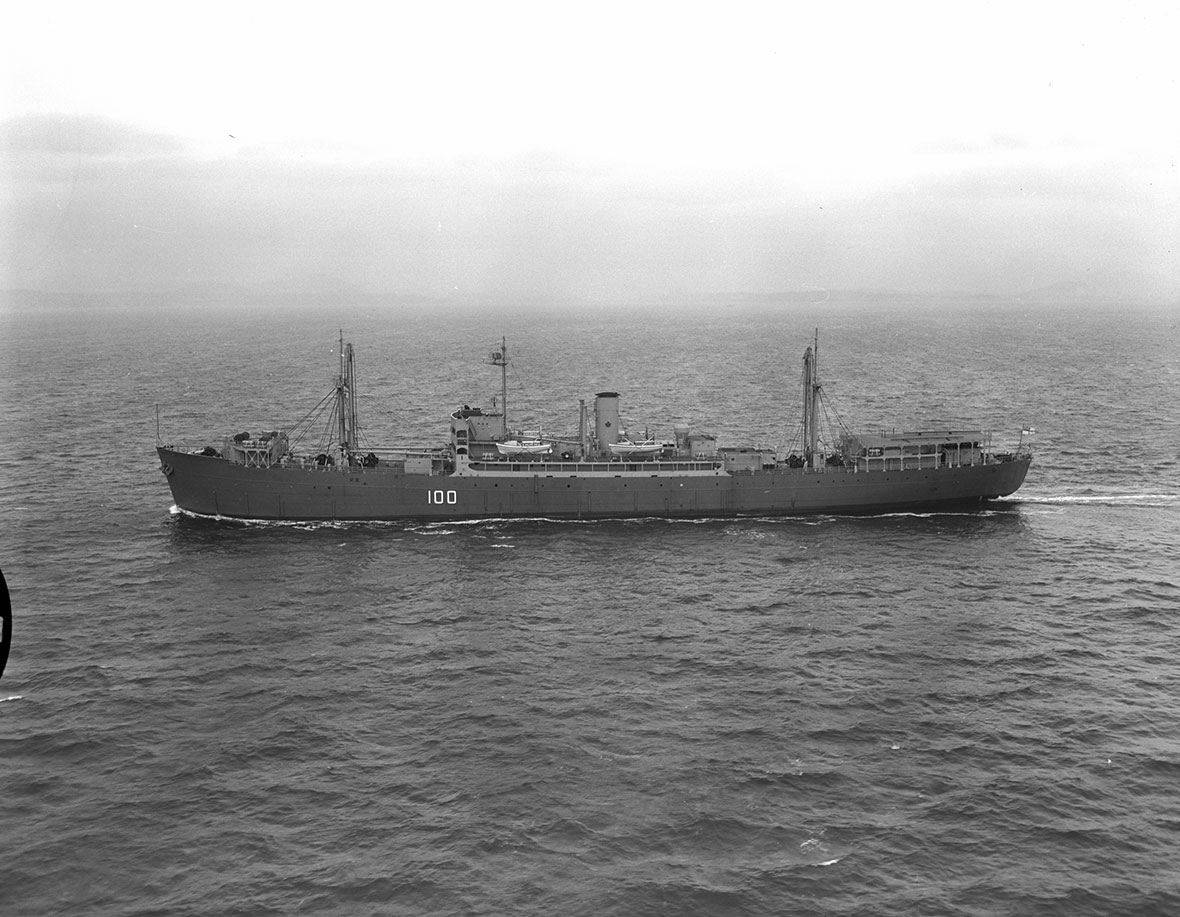 The Cape Breton was an escort maintenance ship. This modified Fort-type cargo ship was launched at Vancouver in 1944 as HMS Flamborough Head. She continued in service with the Royal Navy, but was acquired by the Royal Canadian Navy in 1952 and renamed Cape Breton upon commissioning on January 31, 1953.

She served at Halifax until August 25, 1958 as a repair ship and training establishment for technical apprentices. Converted to an escort maintenance ship at Esquimalt, Cape Breton was commissioned there on November 16, 1959 for service on the West coast. On February 10, 1964, Cape Breton was paid off into reserve and subsequently functioned as a towed mobile support facility and accommodation vessel at Esquimalt, until replaced by a shore building in 1993. Sold to the Artificial Reef Society of British Columbia, she was sunk as a sport-divers’ wreck on October 20, 2001 off Snake Island, near Nanaimo. 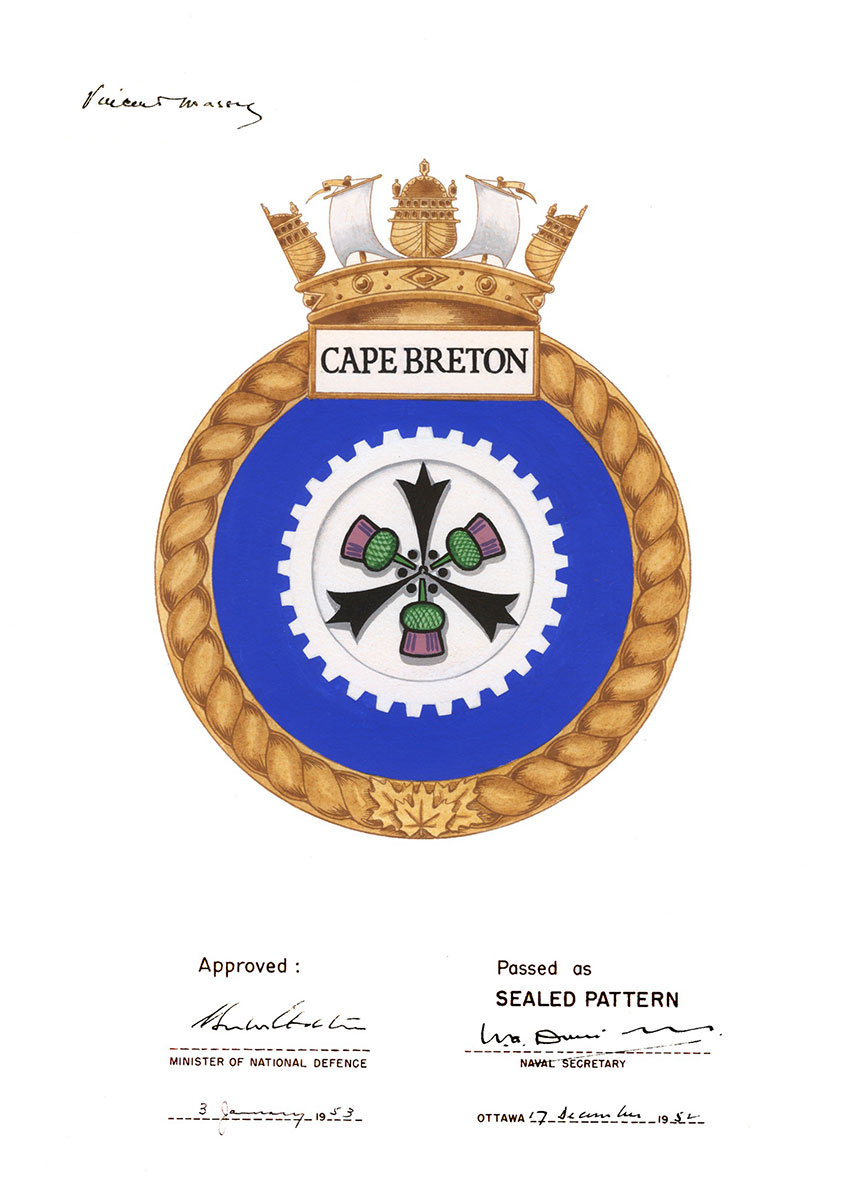