There has been only 1 vessel named Chambly in the Royal Canadian Navy. 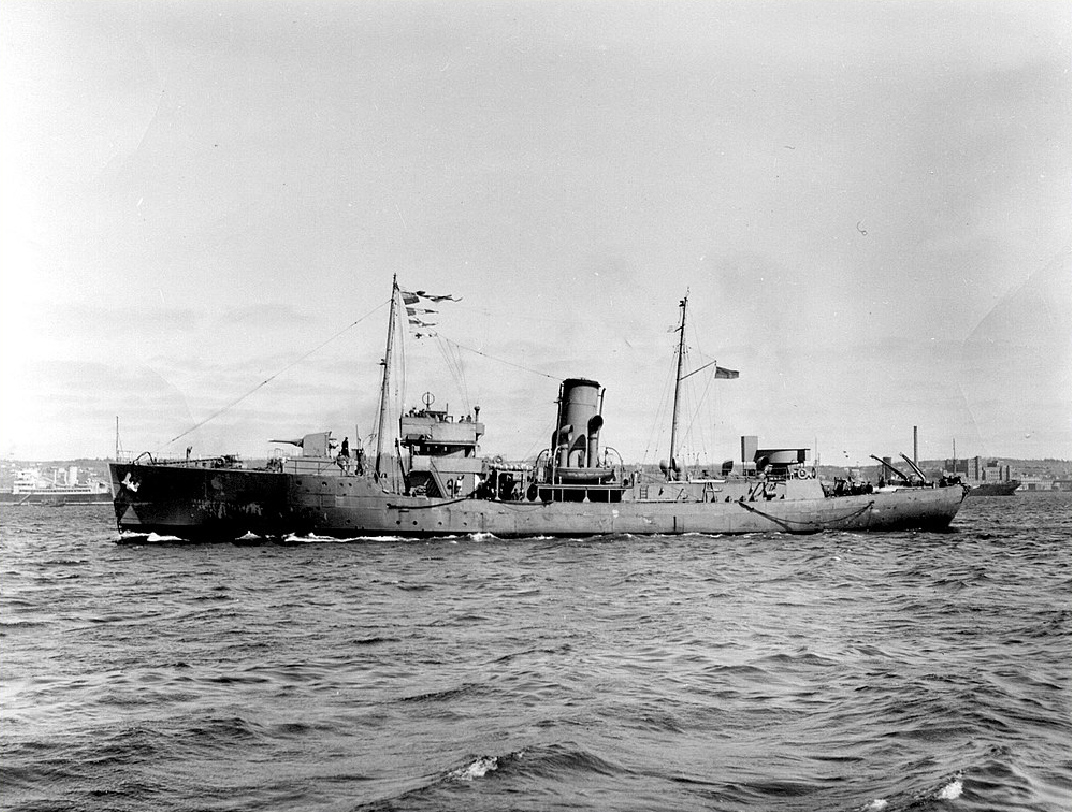 Commissioned at Québec City, Quebec, on December 18, 1940, the Flower Class corvette HMCS Chambly arrived at Halifax, Nova Scotia, on December 24. After working up she joined Halifax Force, and on May 23, 1941, left Halifax as 1 of the original 7 corvettes forming Newfoundland Escort Force. She served continuously as an ocean escort between St. John’s, Newfoundland, and Iceland until December 8, when she returned to Halifax for refit. During this period she took part in 2 major convoy battles: HX.133 (June 1941), which lost 6 ships; and SC.42 (September 1941), which lost 18. In the latter case she had left St. John’s on September 5 with her sister-ship HMCS Moose Jaw for exercises, and when SC.42 came under attack, they received permission to join the convoy off Greenland in support. Just before joining on September 10, they came upon the submarine U-501 trailing the convoy, and sank her.

HMCS Chambly served as a mid-ocean escort to Iceland for the balance of 1941 and then underwent repairs at Halifax from December 8, 1941, to February 22, 1942. She then made a round trip to Londonderry, Northern Ireland, as an escort in March 1942 and on her return to St. John’s on March 28, was based there to reinforce ocean escorts in the western Atlantic, doubling as a training ship. In September, she resumed regular mid-ocean escort duties, with time out for refit at Liverpool, Nova Scotia, from November 26, 1942, to February 13, 1943. From March to August 1943 she was a member of Escort Group C-2, then briefly joined the newly formed Escort Group 9 at St. John’s and, in September, Escort Group 5. In December, HMCS Chambly returned to Liverpool, Nova Scotia, for a 3-month refit including forecastle extension. After workups in St. Margaret’s Bay, Nova Scotia, she resumed mid-ocean duties, this time with C-1, until her final departure from Londonderry on March 11, 1945.

She was refitting at Louisbourg, Nova Scotia, when the war ended, and was paid off and laid up at Sorel, Quebec, on June 20. Sold in 1946 for conversion to a whale-catcher, HMCS Chambly entered service in 1954 under the Dutch flag as Sonja Vinke, and was broken up at Santander, Spain, in 1966.