There has been only 1 vessel named Chebogue in the Royal Canadian Navy. 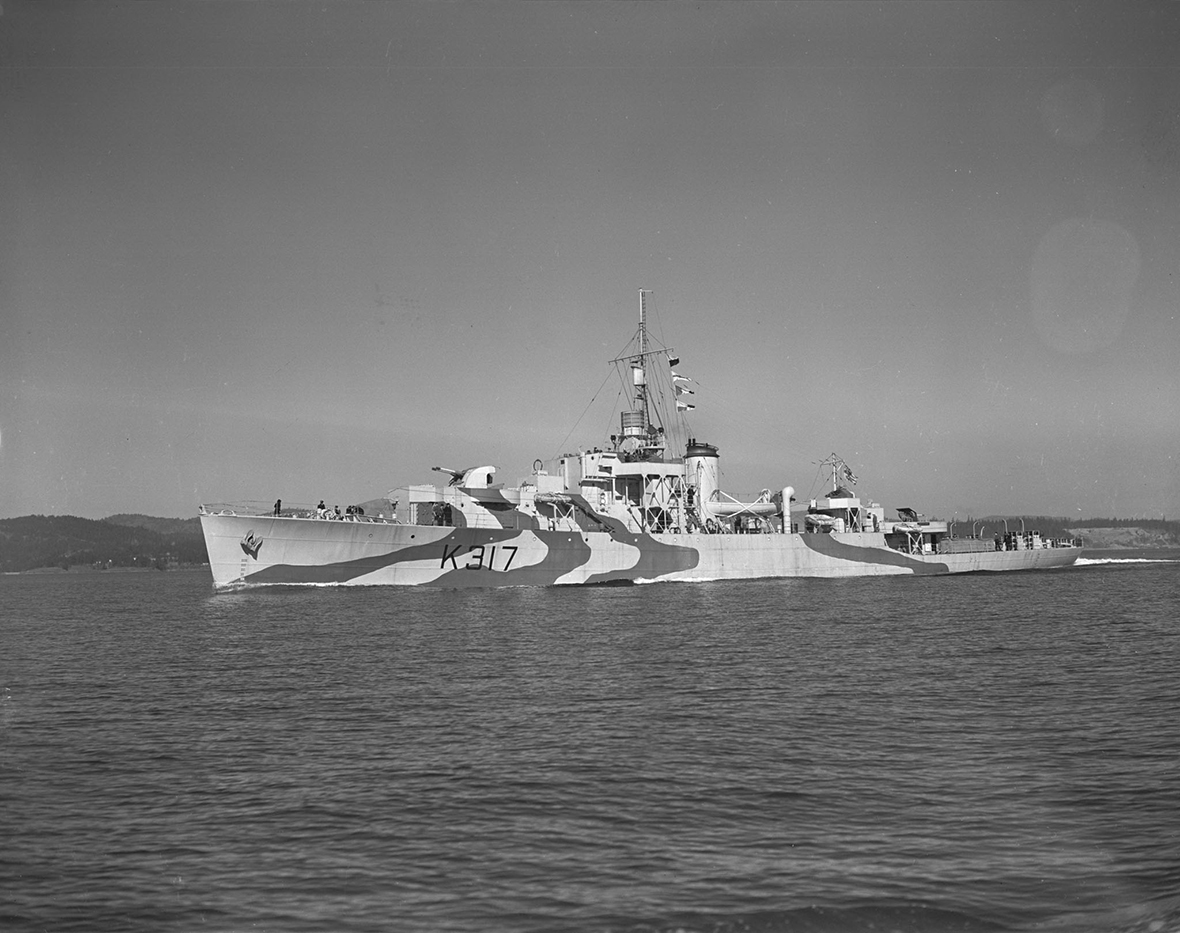 Far more habitable ships than the smaller corvettes, the frigates of the River class were also faster and had twice the endurance of the corvette.

Alternatively named for the town of Yarmouth, Nova Scotia because that name was borne by another Commonwealth ship and commissioned at Esquimalt, British Columbia, on February 22, 1944, the River class frigate HMCS Chebogue sailed for Halifax, Nova Scotia, on March 15, arriving on April 12. After working up in Bermuda in May, she returned to Canada and was assigned to Escort Group C-1. Following a visit to Yarmouth from June 12 to 14, she left St. John’s, Newfoundland, on June 23, 1944 for Britain as part of the escort for convoy HXF.296.

On her second return trip, this time as Senior Officer’s ship of Escort Group C-1 with convoy ONS.33, she was torpedoed by the German submarine U-1227 on October 4, 800 miles west of the British Isles. On October 11, after some 900 miles under tow by HMCS Chambly, HMS Mounsey, HMCS Ribble and the ocean tug HMS Earner successively, the towline parted in a gale and HMCS Chebogue drove ashore in Swansea Bay, Wales. She was refloated the following day, before being taken to Port Talbot and placed in reserve. In December 1944, she was moved to Newport, Wales, to be made ready for a transatlantic crossing under tow, but instead was taken to Milford Haven and paid off on September 25, 1945. HMCS Chebogue was broken up locally in 1948.