There has been only one vessel named Chedabucto in the Royal Canadian Navy. 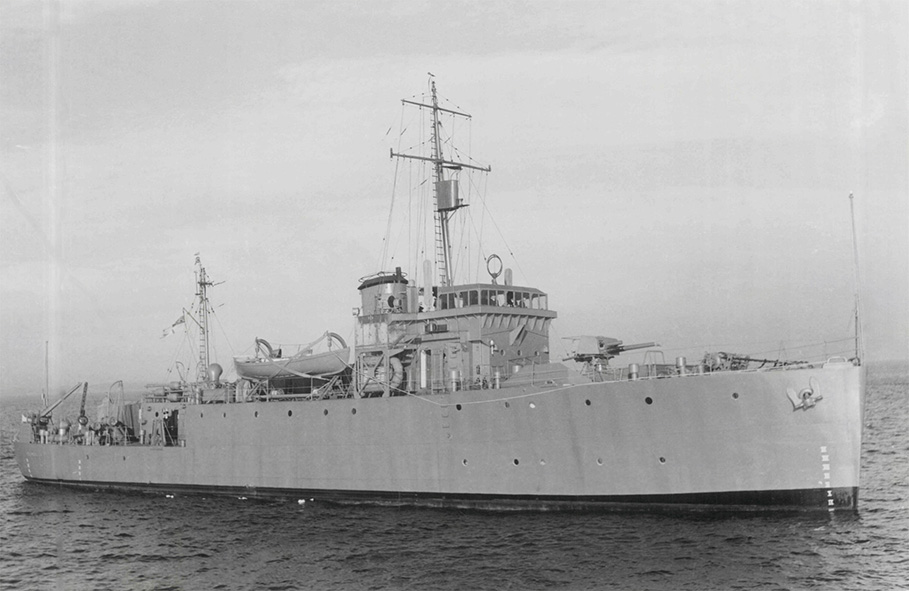 Built at Vancouver and commissioned there on 27 September 1941, Chedabucto left Esquimalt for the Atlantic on 11 November, arriving at Halifax on 17 December. On 10 April 1942 she sank the British SS Trongate, afire at Halifax and loaded with a cargo of explosives. Assigned briefly to Western Local Escort Force (WLEF), she transferred in June 1942 to Gulf Escort Force, escorting convoys between Quebec City and Sydney, NS. In September 1942 she was assigned to Sydney Force and then, in January 1943 reassigned to WLEF. Soon afterward she underwent a lengthy refit at Lunenburg, NS, and Halifax, on completion of which in June 1943 she worked up at Pictou, NS, and was allocated to Gaspé Force. On 21 October 1943 Chedabucto was involved in a night collision with the cable vessel Lord Kelvin, and sank thirty miles from Rimouski with the loss of one officer.