There has been only 1 establishment named Chippawa in the Royal Canadian Navy. 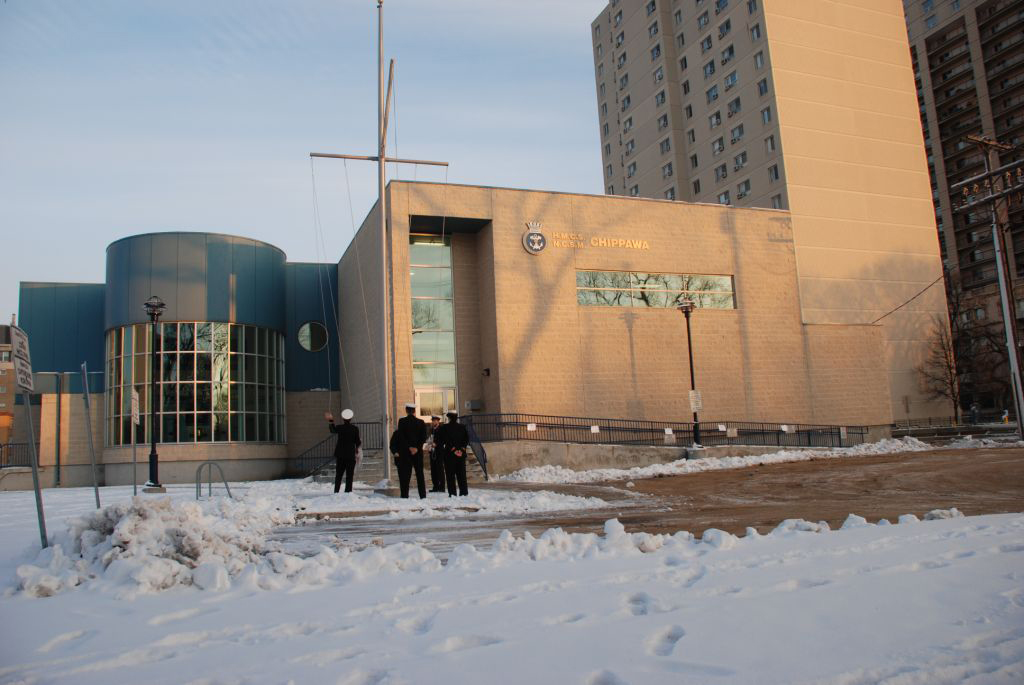 In February 1923, the Assistant Secretary of the Great West Life Assurance Company was approached by the navy with the following challenge: form a naval reserve company in Winnipeg, Manitoba. The challenge was accepted and 3 weeks later, a legacy of naval reserve tradition and service began. A small office and a somewhat larger room for Winnipeg's navy were procured in the McGregor Armouries. By May 1, over 50 reservists were enrolled. On April 22, 1924, the White Ensign flew for the first time on Manitoba soil. On November 1, 1941, the unit was commissioned as HMCS Chippawa, named after the vessel which led a British naval squadron into action again the Americans at the Battle of Lake Erie on 10 September 1813. Winnipeg's naval reserve made its greatest contribution during the Second World War, recruiting a total of 297 officers and 7,567 men, as well as the second-largest contingent of WRCNS (Women's Royal Canadian Naval Service) in the country. HMCS Chippawa became the third greatest source of naval personnel in Canada, despite being the farthest inland.

HMCS Chippawa's tradition of service to community and country continued in the fifties. In the spring of 1950, the Red and Assiniboine Rivers overflowed their banks; thousands of citizens had to be evacuated. HMCS Chippawa became the centre of flood-fighting activities. In 1968, HMCS Chippawa provided facilities and support for the Pan-American Games. In 1976, HMCS Chippawa augmented the Canadian Forces during the Canadian Olympic Regatta in Kingston, Ontario. In 1980, The Naval Museum of Manitoba was established in HMCS Chippawa. In the spring of 1997, Manitoba endured another disastrous flood. HMCS Chippawa became the home for nearly 200 naval reservists from units across Canada. The reserve sailors were tasked to flooded areas all across southern Manitoba. Their finest performance was in the flooded areas just south of Winnipeg where they were instrumental in saving many homes. 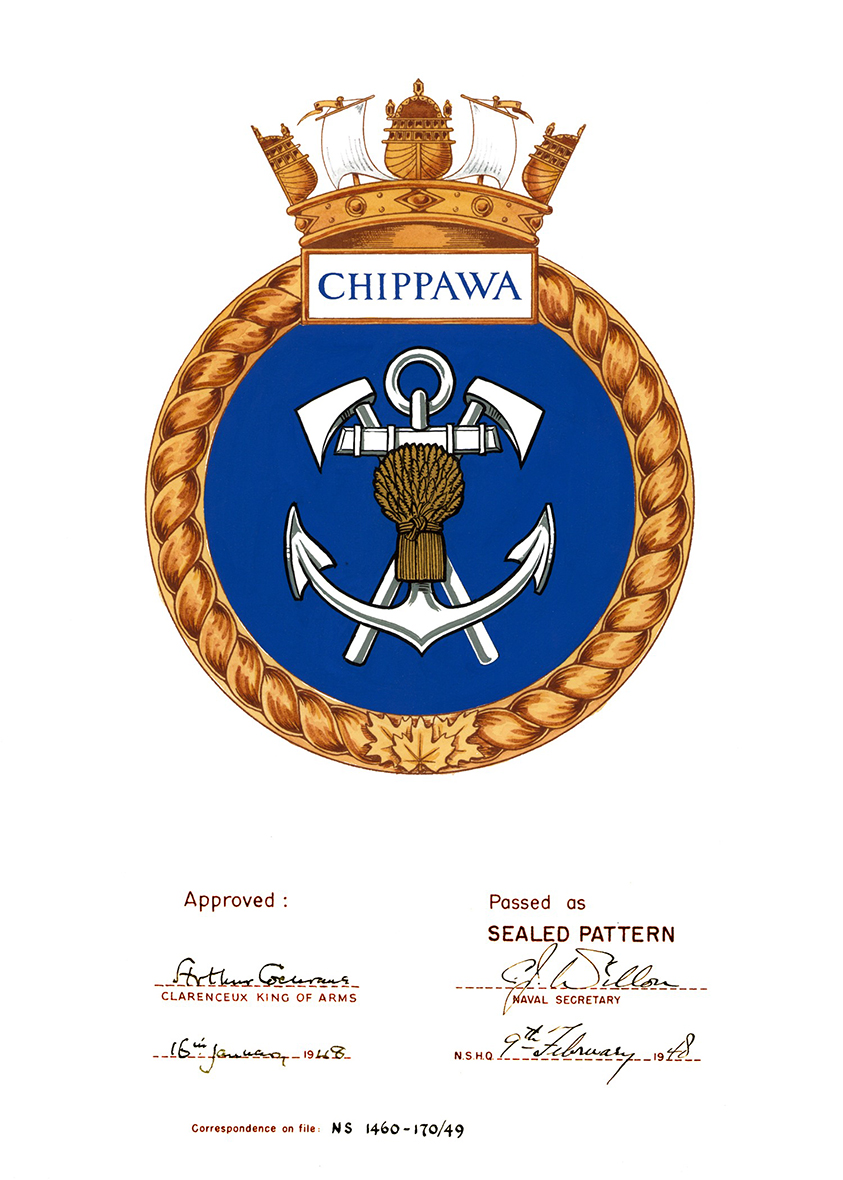 HMCS Chippawa is still one of the larger Naval Reserve Divisions in Canada. During the day they are students, teachers, nurses, lawyers, accountants, labourers, engineers, policemen and technicians. They represent a cross-section of Manitoba society. When they are in HMCS Chippawa, they become signalmen, naval combat information operators, boatswains, diesel mechanics, divers, clerks, musicians and ship's officers. HMCS Chippawa’s reservists are proud of who they are and proud of what they do.