There has been only 1 vessel named Corner Brook in the Royal Canadian Navy. 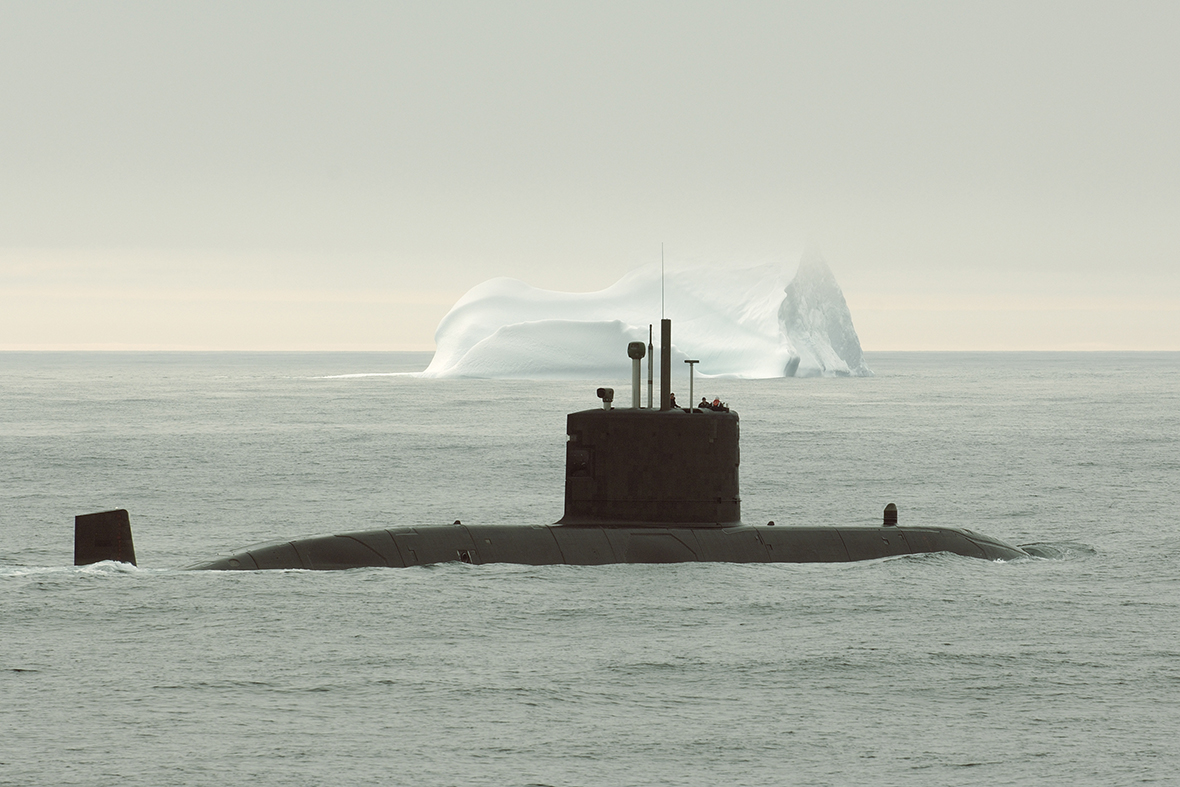 On April 6, 1998, the Canadian Government announced its decision to acquire the 4 Upholder Class submarines from the United Kingdom, which had been placed in reserve by the Royal Navy when it switched to an all-nuclear submarine fleet in the early 1990s. All boats were re-named and the class designator was changed from Upholder to Victoria.

Operationally, Canadian Forces submarines are a specialized element of Canada’s maritime forces. They directly contribute to Canadian security and national defence through their ability to undertake lengthy covert patrols in Canadian maritime areas of responsibility and more distant waters. Such patrols frequently involve operations with national or allied forces or in support of Other Government Departments. In addition to operations, Victoria Class submarines participate in national and international naval exercises in which a variety of patrol and war-fighting skills are honed to a high level of perfection. In times of tension or conflict Victoria Class submarines, armed with heavyweight torpedoes, are powerful tools of coercion and dissuasion able to operate in waters adjacent to Canada or globally.

As the result of an underwater grounding on 04 June 2011, HMCS Corner Brook surfaced and returned to Esquimalt on her own power. The damage repair and other upgrades will be included in her Extended Docking Work Period (EDWP) beginning in July 2014.

The former HMS Ursula was laid up by the Royal Navy in June 1994. Canada accepted her and named her HMCS Corner Brook on February 21, 2003, after her re-activation in the United Kingdom. She left for Halifax on February 25, arriving on march 10. She was commissioned as HMCS Corner Brook on June 29, 2003 in her namesake city and then transited to Halifax, Nova Scotia, where she underwent a modernization that featured installation of equipment optimized for Canadian naval operations. Her Canadianization Work Period extended through 2004 and 2005, with HMCS Corner Brook returning to sea for trials on October 24, 2006.

In 2007, HMCS Corner Brook began a busy operational cycle, including participation in the NATO Exercise NOBLE WARRIOR. It was the first time in 15 years that a Canadian submarine had been present in European waters. She deployed to the Arctic in support of Operation NANOOK in August 2007 and again in August 2009. There, she conducted covert surveillance patrols near Baffin Island. She also has twice deployed as part of Operation Caribbe, first in March 2008 and again in 2011. The latter time was as part of her coastal transfer to Esquimalt, having departed Halifax on January 30 and arriving on May 5, 2011.

On May 23, 2008, the Chief of Defence Staff presented HMCS Corner Brook with a unit commendation. The award was for the particular breadth of operations the boat was able to plan for and successfully carry out during her European deployment, Arctic sovereignty mission, international and domestic exercises and her Caribbean deployment. Currently, HMCS Corner Brook is completing the first of 2 work periods that will see her sea-going capability extended until the middle of 2011, at which time she enters a 2-year maintenance refit. She is scheduled to conduct further exercises and operations throughout the first half of 2009 and for the entirety of 2010. 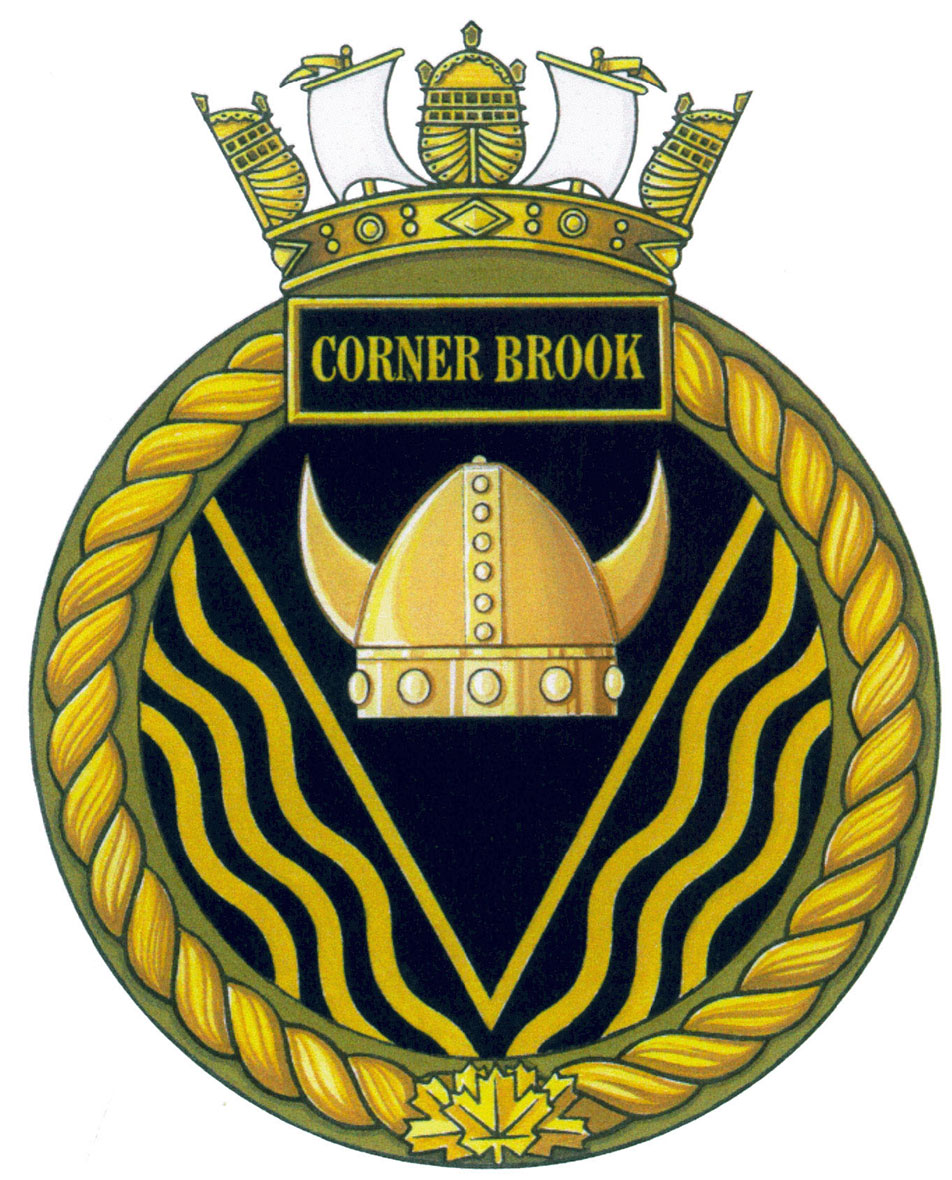 Motto: “We Rule the Sea”