There has been only one establishment named Cornwallis in the Royal Canadian Navy. 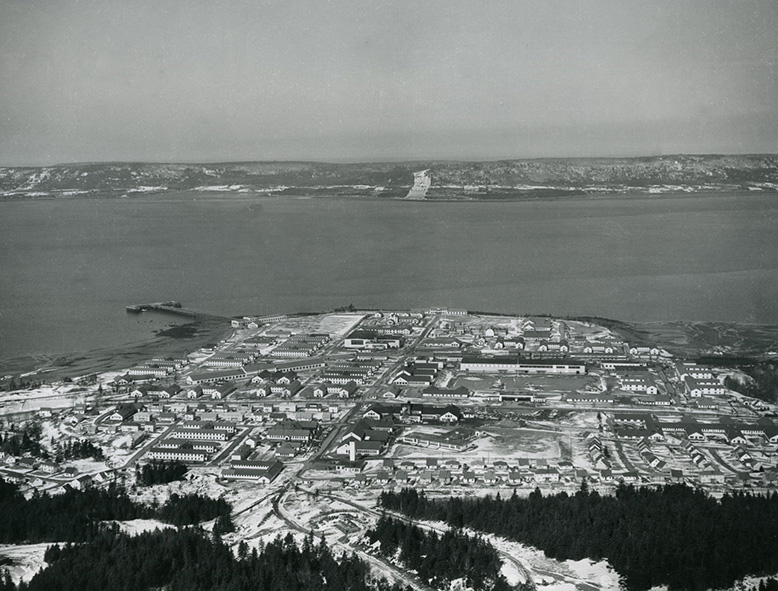 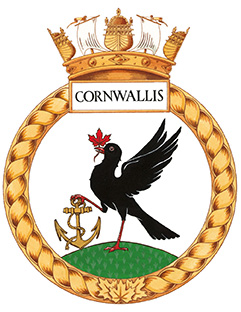 Cornwallis served, in one capacity or another, as one of the principle training facilities for the Navy, and later the whole Canadian Forces, for more than 50 years. In that time, she trained more than 500,000 personnel.

HMCS Cornwallis was formed as part of the 1942 reorganization of naval facilities in Halifax, NS. In the early part of the war, base operation and training had been closely associated, principally through HMCS Stadacona. As the size and importance of Halifax grew, this system became inefficient. Stadacona took over all base operations, and training was transferred to the newly established Cornwallis, with plans to move that command out of Halifax as soon as was practical.  In April, 1943, she moved to her permanent home at Deep Brook, NS. She was the largest naval training base in the British Commonwealth during the Second World War.

Cornwallis principally did new entry training and seamanship training, leaving officer training for facilities such as HMCS Kings. She also served a number of other important functions. Cornwallis did anti-submarine and ASDIC (an early form of SONAR) training. She also had a number of specialist programs, including accountancy and engine room training, along with a number of specialist facilities, including the HMC Gunnery School and the chemical warfare centre. She would also be a training facility for specialist instruction for the Women’s Royal Canadian Naval Service, or the Wrens, after they had completed their basic training at HMCS Conestoga. After the war, Cornwallis would become the principle training facility for female reservists, once they were permitted to join the RCNVR in 1951.

Cornwallis was closed as a training facility early in 1945, but after the war became a Discharge Transit Centre for navy personnel to help them return to civilian life. HMCS Cornwallis was re-established as a naval training establishment in 1949, only to become Canadian Forces Base (CFB) Cornwallis during the unification of the armed forces in 1968. At this time she became the home of the Canadian Forces Recruit School, the primary training centre for English speaking recruits for all three elements of the Canadian Forces. She served in that capacity until 1994, when it was decided to close her for good. The site is now home to a business park and the Cornwallis Military Museum.