There has been only 1 vessel named Drumheller in the Royal Canadian Navy. 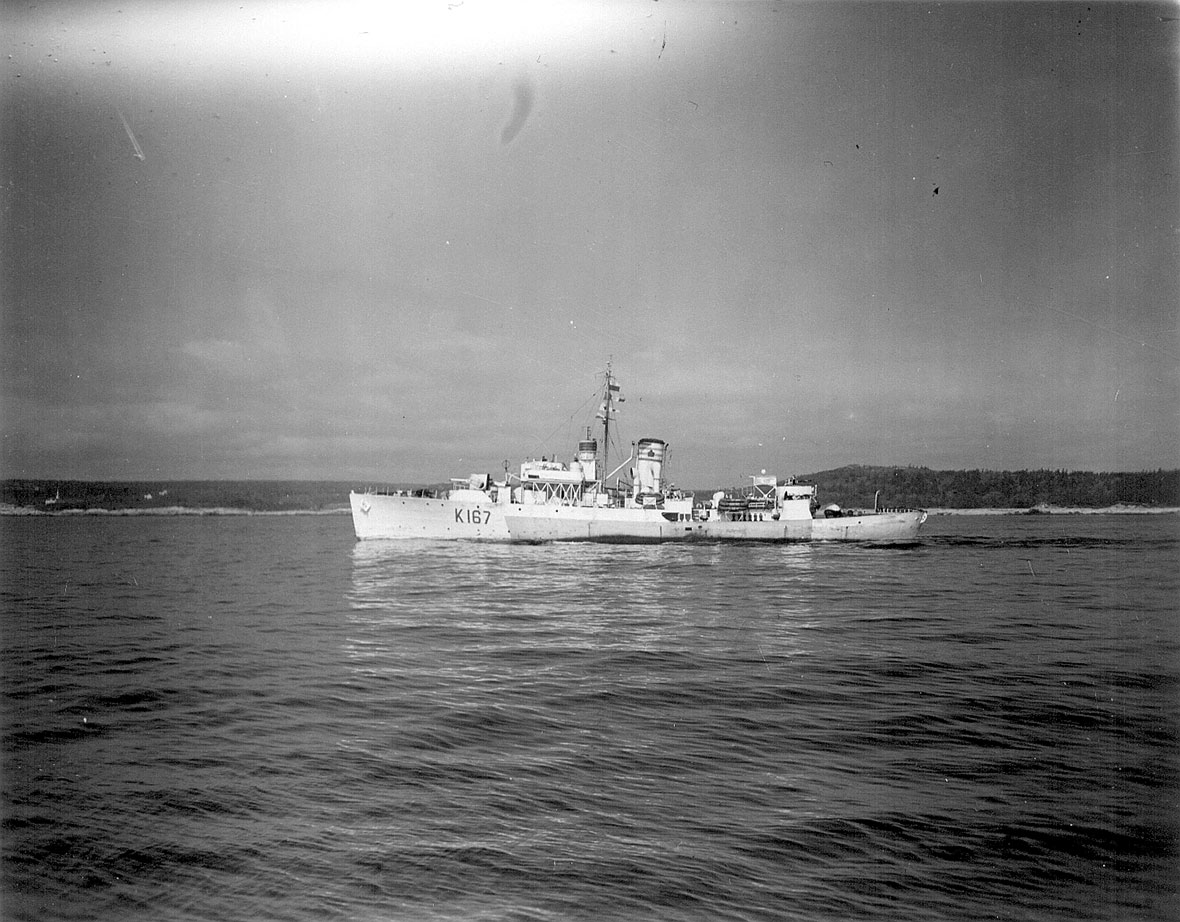 Commissioned at Montréal, Quebec, on September 13, 1941, the Flower Class corvette HMCS Drumheller arrived at Halifax, Nova Scotia, on September 25. She joined Sydney Force in November after completing workups, but soon afterward transferred to Newfoundland Command and left St. John’s, Newfoundland, on December 11 to join her first convoy, SC.59, for Iceland. HMCS Drumheller was employed for 2 months on that convoy run, but on February 6, 1942 arrived at Londonderry, Northern Ireland; she was one of the first Canadian ships to do so. She left for St. John’s the following week, but developed mechanical defects en route and returned to the United Kingdom to refit at Southampton, England. On completion of the repairs she arrived at Tobermory, Scotland, on March 22 to work up, resuming ocean escort service at the end of April as a member of Escort Group C-2. She served with the group until April 1944 with respite only from mid-November 1943 to mid-January 1944 while undergoing a refit, including forecastle extension, at New York City.

Her most hectic convoy was the combined ON.202/ONS.18 of September 1943, which lost 6 merchant vessels and 3 escorts. On May 13, 1943 while escorting convoy HX.237 HMCS Drumheller, the frigate HMS Lagan, and a Sunderland aircraft collaborated in sinking U-456. In April 1944 she was allocated to Western Approaches Command, Greenock, for invasion duties, transferring in September to Portsmouth Command and in November to Nore Command. She served with the latter until the end of the war, escorting convoys in United Kingdom coastal waters, and returned to Canada in mid-May 1945. Paid off on July 11, 1945 at Sydney, Nova Scotia, HMCS Drumheller was broken up in 1949 at Hamilton, Ontario.