There has been only 1 vessel named Drummondville in the Royal Canadian Navy. 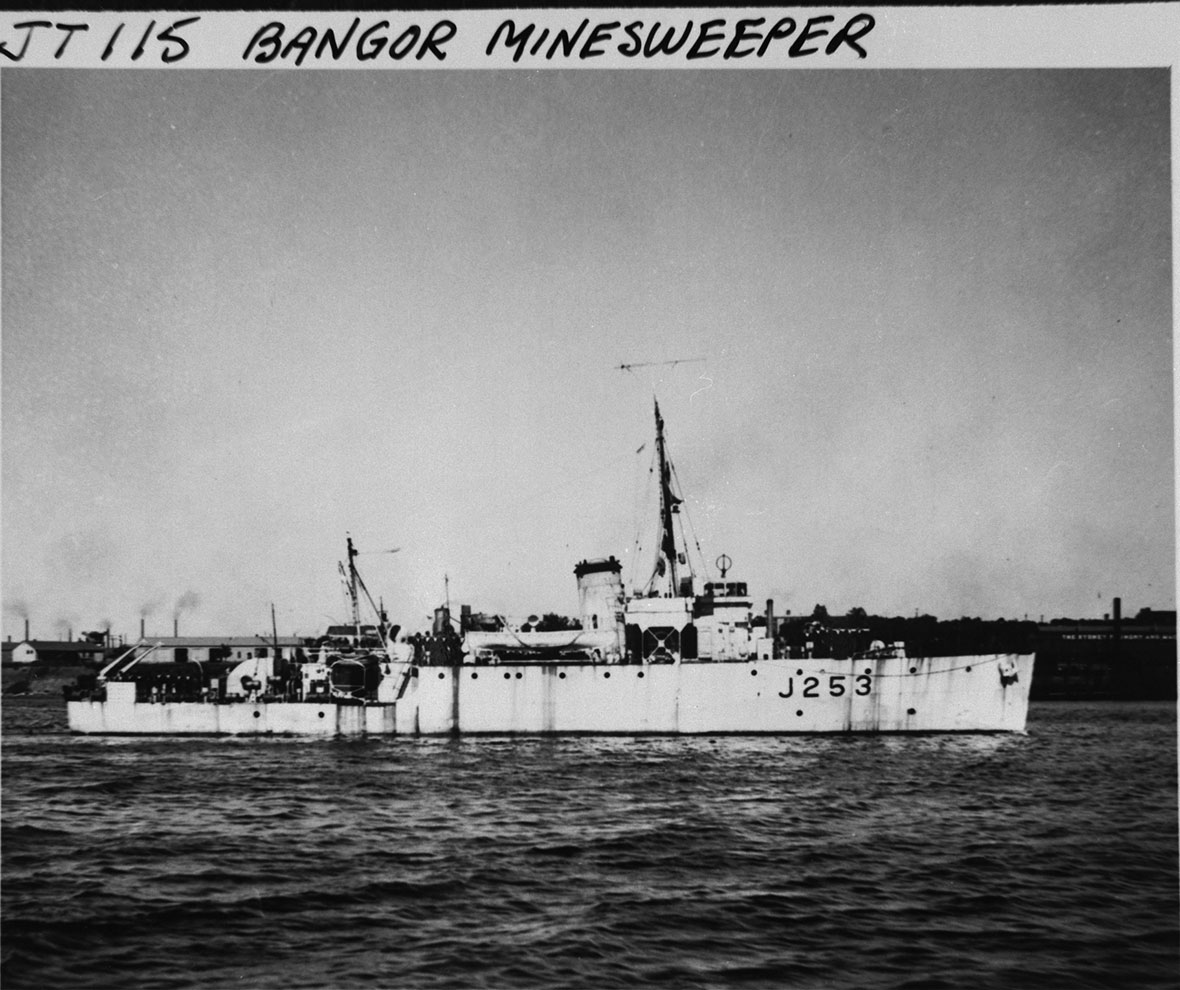 The HMCS Drummondville was a Bangor class minesweeper. The Bangor class ships were built in order to replace the old Basset class minesweepers, as they were larger, faster, had much greater endurance, and burned oil as opposed to coal. Most of the Bangors were named after Canadian towns and cities, the rest after bays. As enemy mines were laid only once in 1943 in Canadian waters, the Bangors were used primarily as escorts to coastal shipping or as local escorts to ocean convoys. Sixteen of them, however, assisted in sweeping the approaches to Normandy before D-Day, and stayed to help clear German and Allied minefields in the Channel for some months afterward.

Commissioned at Montreal, Quebec on October 30, 1941, HMCS Drummondville arrived at Halifax, Nova Scotia, on November 11 and served at various times with Western Local Escort Force, Gulf Escort Force, Halifax Local Defence Force, Sydney Force and Newfoundland Force. Following a major refit at Louisbourg, Nova Scotia, she proceeded to Bermuda in August 1944 for work-ups, returning to St. John’s, Newfoundland, in October. The Newfoundland Force was disbanded in June 1945, and she was employed at miscellaneous duties on the east coast until October.

She was paid off at Halifax on October 29, 1945 and, in 1946, placed in strategic reserve at Sorel, Quebec. Reacquired by the Royal Canadian Navy in 1952, she was placed in reserve at Sydney, Nova Scotia, but never re-commissioned. HMCS Drummondville was sold in 1948 for conversion to a merchant ship and, as SS Fort Albany, was sunk by collision near Sorel on December 8, 1963. She was raised and broken up there the following year.