There has been only 1 vessel named Esquimalt in the Royal Canadian Navy. 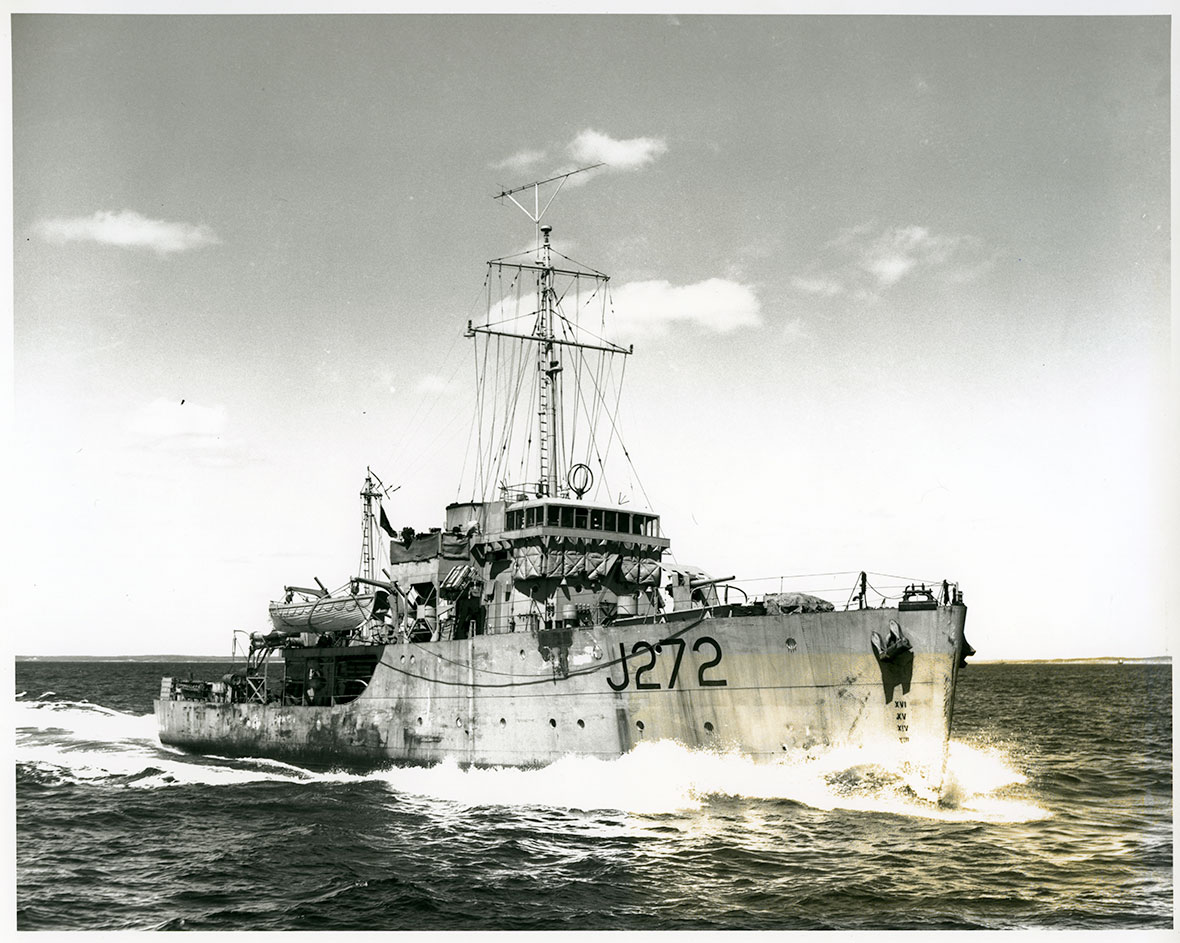 The HMCS Esquimalt was a Bangor class minesweeper. The Bangor class ships were built in order to replace the old Basset class minesweepers, as they were larger, faster, had much greater endurance, and burned oil as opposed to coal. Most of the Bangors were named after Canadian towns and cities, the rest after bays.

As enemy mines were laid only once in 1943 in Canadian waters, the Bangors were used primarily as escorts to coastal shipping or as local escorts to ocean convoys.

Commissioned at Sorel, Quebec on October 26, 1942, HMCS Esquimalt arrived at Halifax, Nova Scotia, on November 21. Chronically plagued by mechanical problems, she underwent repairs there until March 27, 1943 and again throughout most of May.

HMCS Esquimalt was then assigned to Newfoundland Force until September 1944, when she was transferred to Halifax Local Defence Force. In late September, she underwent a 3-month refit at Halifax. While on anti-submarine patrol on April 16, 1945, she was torpedoed and sunk by the German submarine U-190 5 miles off Chebucto Head, near Halifax, with the loss of 39 of her ship’s company.