There have been 2 vessels named Gatineau in the Royal Canadian Navy.

Completed in 1934 as HMS Express, this “E” Class destroyer saw strenuous war service with the Royal Navy. She was the second last ship to leave Dunkirk, France, after evacuating 3,500 troops. On August 31, 1940, while laying a defensive minefield off the Dutch coast, she was extensively damaged by a German mine. On December 19, 1941, she was on hand to rescue nearly 1,000 survivors of the British battleship HMSPrince Of Wales, sunk by the Japanese off Malaya. In February 1943, she was transferred to the Royal Canadian Navy, renamed Gatineau, commissioned on June 3, 1943, and then transferred to the Mid-Ocean Escort Force. On March 6, 1944, she assisted in the sinking of the German submarine U-744. That May, she transferred to Escort Group 11 for invasion duties, and was present on D-Day. After Victory-in-Europe Day, she returned to Canada and sailed for the west coast. She was paid off January 10, 1946, into reserve at Esquimalt, British Columbia, and is believed to have been scuttled at Royston, British Columbia, in 1948 as part of a breakwater. 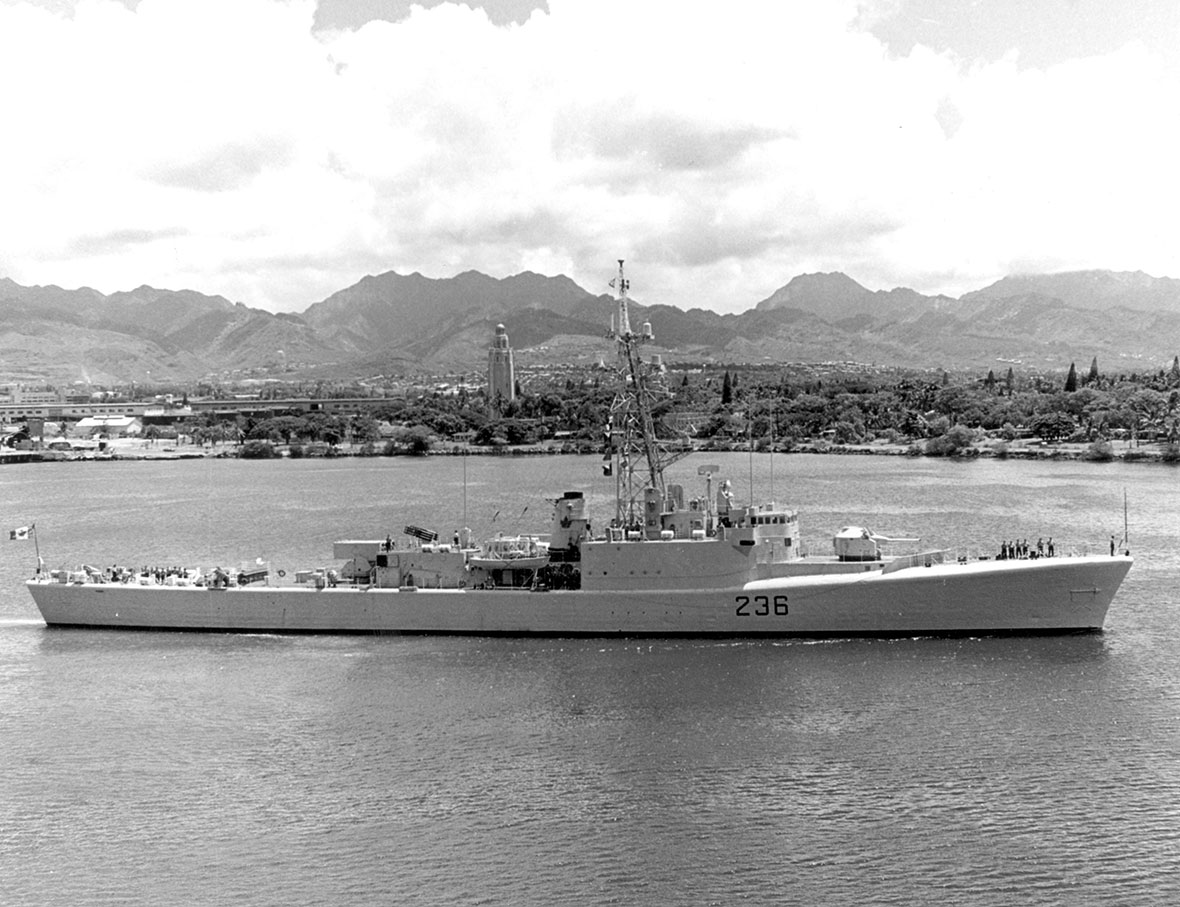 The first post-war product of Davie Shipbuilding Ltd., Lauzon, Quebec, the destroyer escort of the Restigouche Class Gatineau was towed to Halifax, Nova Scotia, for completion to avoid freeze-up and commissioned on February 17, 1959. Throughout the Cold War she participated in national and international exercises and operations principally as an anti-submarine warfare (ASW) unit. In March 1968, she was the first Canadian warship to become a member of the North Atlantic Treaty Organization's (NATO) Standing Naval Force Atlantic (STANAVFORLANT). Gatineau was transferred on the Pacific coast, and in September 1969 began her Improved Restigouche Escort conversion. She also underwent another refit in 1982 in order to extend her lifespan. In April 1987, she resumed her duties in Halifax.  In the fall of 1993, Gatineau, along with HMCS Fraser and HMCS Preserver, assisted in the enforcement of United Nations sanctions off Haiti. In 1995, she took part in the NATO exercise Strong Resolve off the coast of Norway, acting as flagship for the 4 other Canadian ships involved and April found her operating in support of Fisheries and Coast Guard ships off Newfoundland during the "Turbot Dispute" with Spain. She was paid off on July 1, 1998, in Halifax. 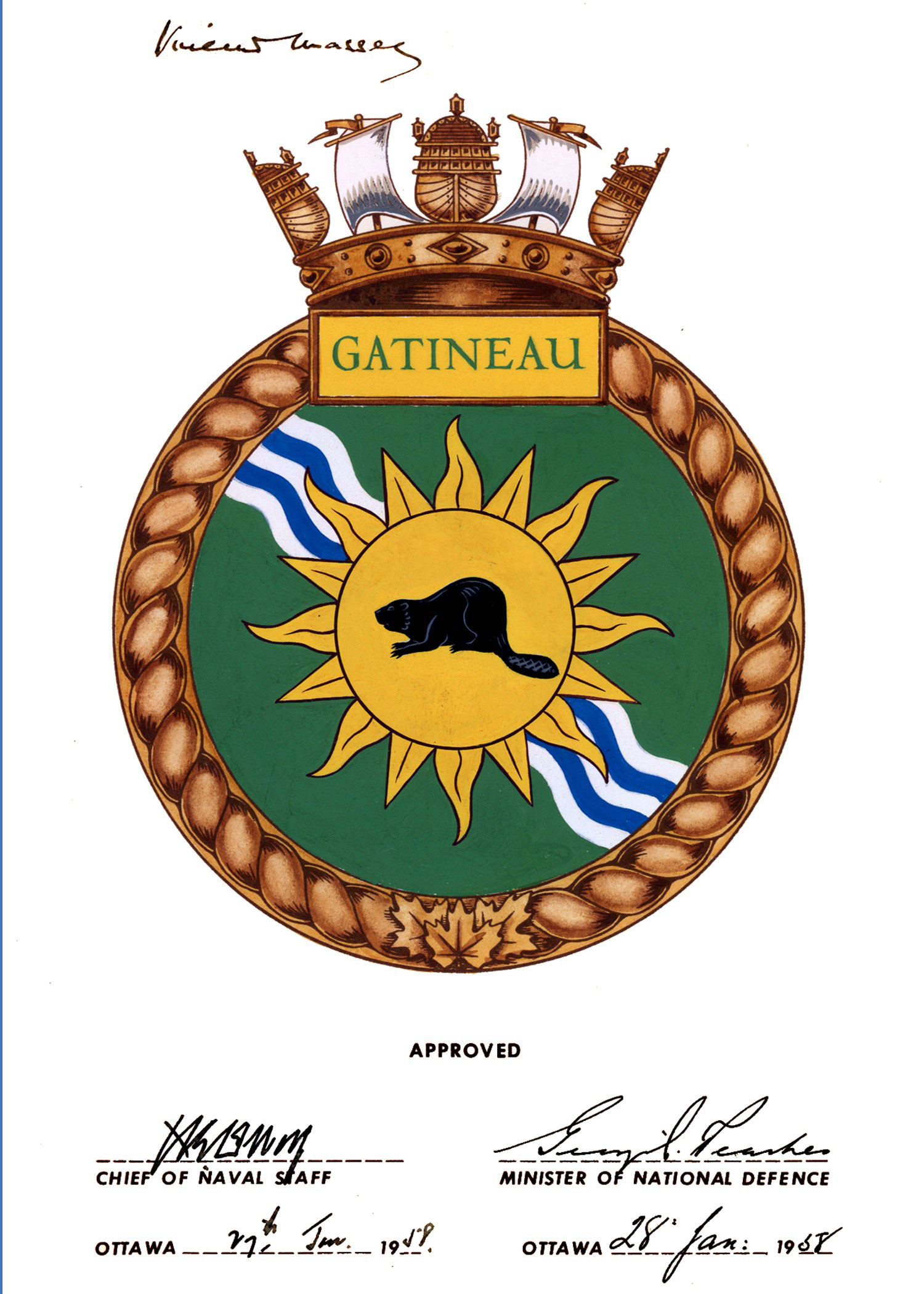 Motto: “In Hoc Catino Potestas” (In This Ship Lies Power)