There has been only 1 establishment named Gloucester in the Royal Canadian Navy. 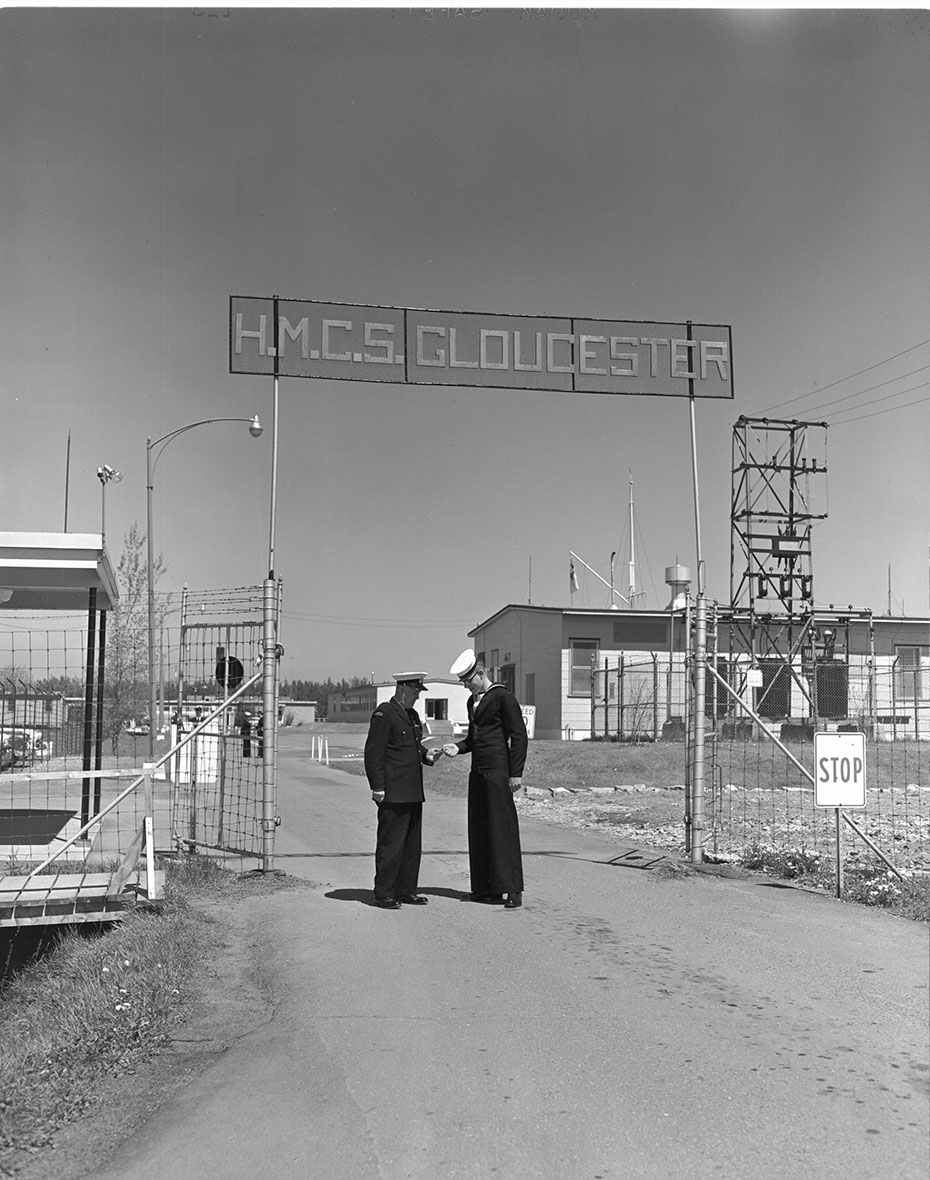 Located south of Ottawa, Ontario, the Naval Radio Station (NRS) Gloucester was established as a High Frequency Direction Finder (HF/DF) facility on February 23, 1943. Next to code breaking and radar, HF/DF (known as "Huff Duff" to sailors) was probably the most effective allied technology facing the U-boats. The apparatus could take bearings on the high frequency radio transmitters employed by the German U-boats. When the U-boats reported home, whether it was weather, status reporting or convoy contact, the HF/DF could get bearings on the approximate position of the boat. This was very vague, however, but proved useful against a concentration of U-boats, or wolfpacks, waiting for a convoy, allowing for the convoy to receive instructions to evade the U-boats. During the war years the station was officially known as "Number 1 Station HMCS Bytown" and for brevity it was sometimes referred to as "No. 1". The WRCNS (Women’s Royal Canadian Naval Service) formed the nucleus of the personnel who served at Gloucester. NRS Gloucester played a vital role in the Allied efforts of Second World War and for years afterwards during the Cold War.

By 1945, Gloucester's role began to change, with a portion of the facility being deactivated and used as a training ground for the Communicator Special trade. Eventually the site became the official school and home for the Special Communications Branch with its first course in 1948. Its Commanding Officer was the Senior Officer for all Special Radio Stations (SOSRS) and was responsible for the administration and supervision of all Special Communication Stations. The Special Communications branch was tasked with the responsibility of signals intelligence. In 1950, approval was granted to commission the NRS and from then on the station was known as HMCS Gloucester. HMCS Gloucester continued to be home for many naval recruits through the 1950’s and 1960’s. Later on, its name changed once again to Canadian Forces Station (CFS) Gloucester when the 3 services were unified to become the Canadian Forces. 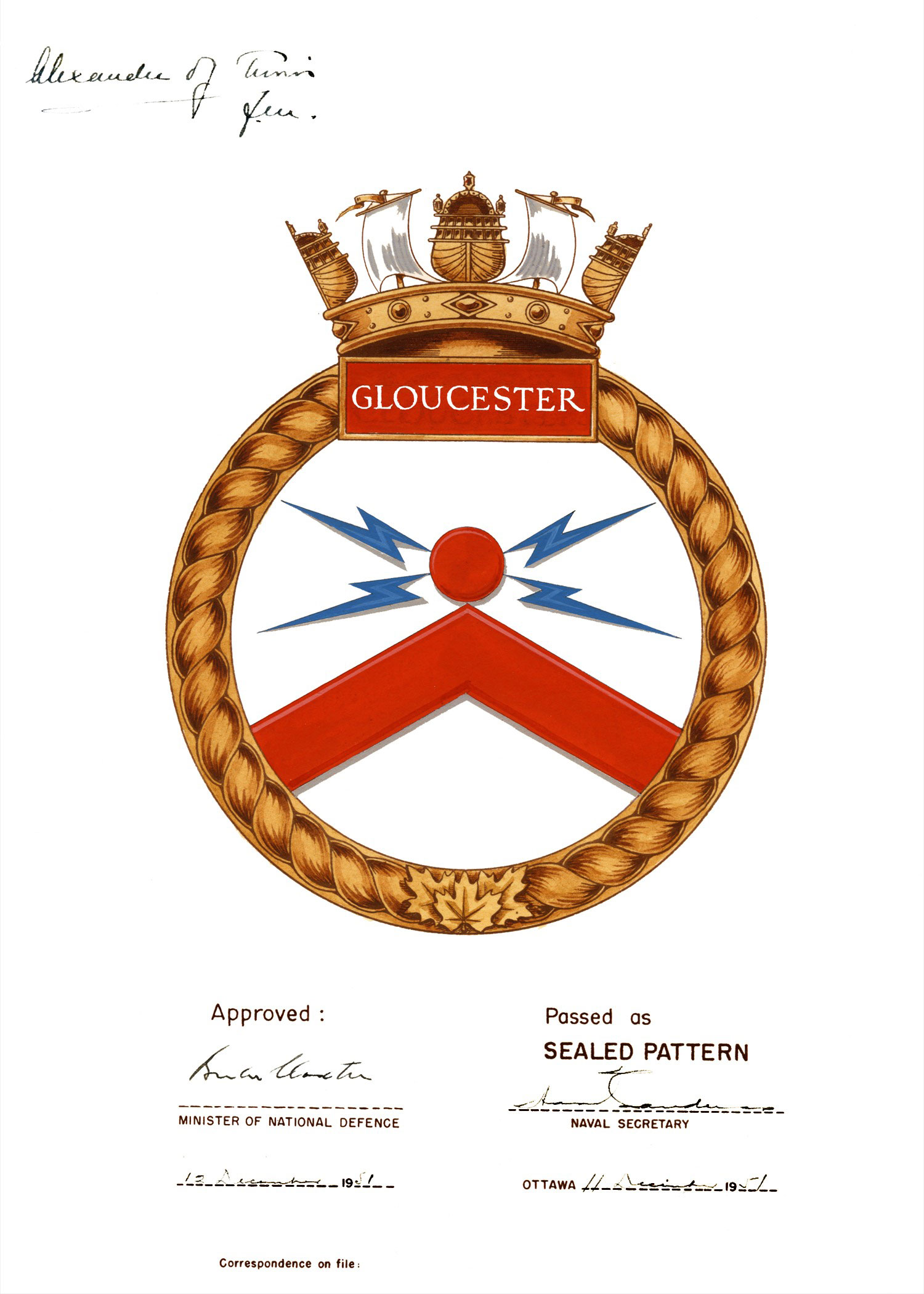 The station was closed in 1972 as part of the plan to centralize communications training at Canadian Forces Base (CFB) Kingston, Ontario. CFS Gloucester is commemorated by Building B69, E Squadron, Canadian Forces School of Communications and Electronics Engineering, CFB Kingston.

On a hot, sunny afternoon on June 25, 2005, a large number of people gathered to witness the dedication and unveiling of a cairn to those who served at Gloucester. It reads: "This monument is dedicated to the men and women who trained and served at this site. Their many contributions to the security of this nation must never be forgotten."