There has been only 1 vessel named Goose Bay in the Royal Canadian Navy. 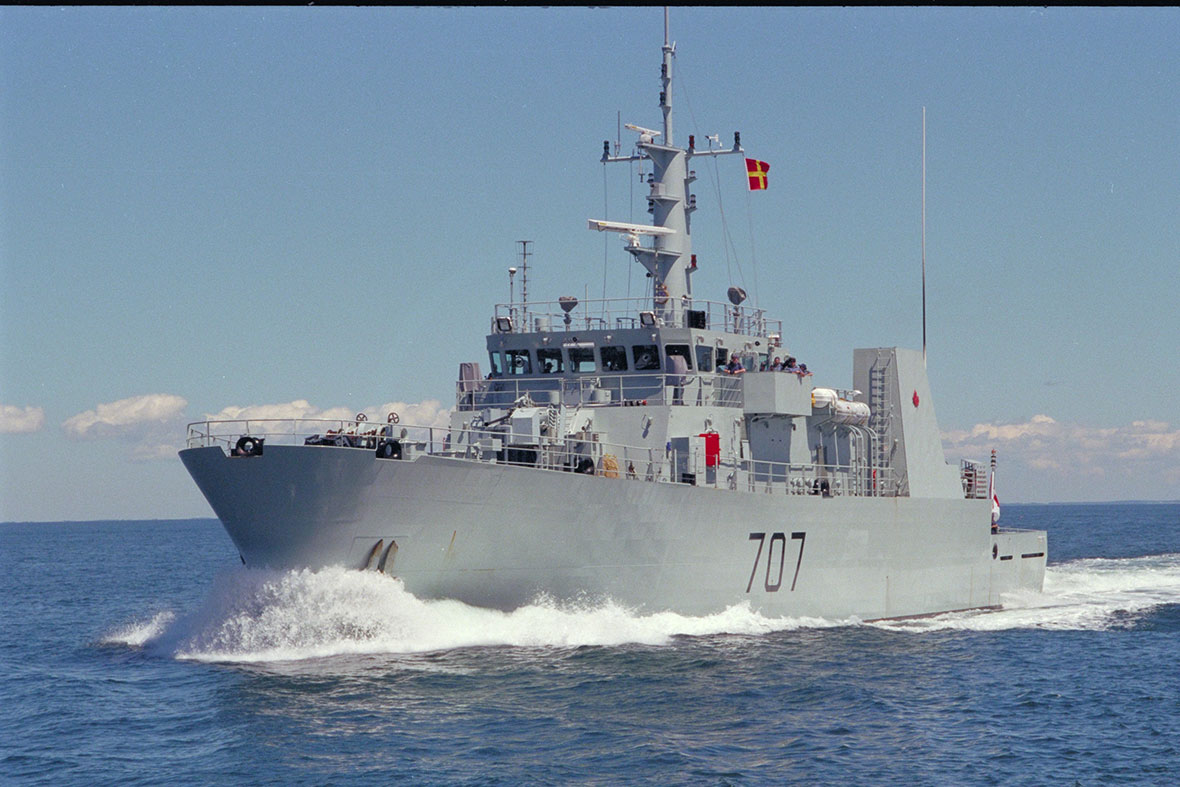 In May 1992, a contract was let to Halifax Shipyards Ltd, Halifax, Nova Scotia, to build 12 Maritime Coastal Defence Vessels (MCDV) of the Kingston Class. They were designed to commercial standards and intended to conduct coastal patrols, minesweeping, law enforcement, pollution surveillance and response as well as search and rescue duties. The ships were fitted with modular payloads to carry out the assigned duties.

Launched on September 4, 1997, Goose Bay was commissioned at Happy Valley-Goose Bay, Newfoundland and Labrador, on July 26, 1998.

In early June 1999, she took part in a pollution exercise off Eastport, Maine, with Canadian and American Coast Guard units. In the fall of 2000, she was one of the Canadian units that participated in the Exercise UNIFIED SPIRIT off the eastern seaboard. Goose Bay, in company with her sister-ship HMCS Moncton departed Halifax on April 1, 2001, to participate in North Atlantic Treaty Organization's (NATO) mine warfare Exercise BLUE GAME off the coasts of Norway and Denmark between April 23 and May 9. They were the first 2 MCDV’s to transit the North Atlantic.

Since then, she has taken part in many different taskings: fishery patrols, northern deployments in support of the Canadian Rangers, mine clearance exercises in American waters, security patrols for the visit to Halifax of the President of the United States of America in 2004 as well as search and rescue missions. In 2005, she participated in the overseas celebration of the 60th anniversary of D-Day in France, representing Canada alongside her sister-ship HMCS Shawinigan. Goose Bay visited her namesake city of Goose Bay in August 2008. 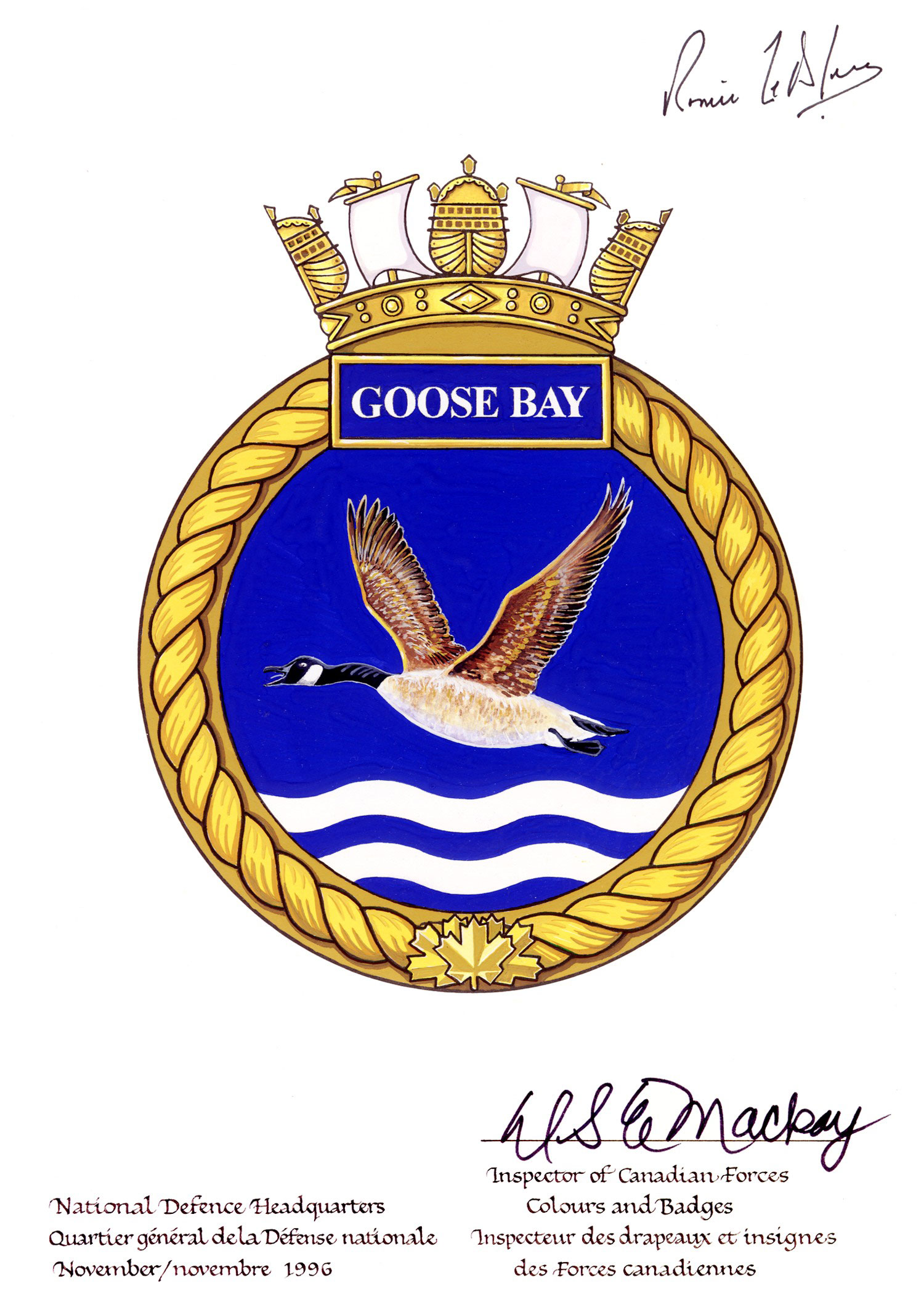