There has been only one vessel named HMCS Smiths Falls in the Royal Canadian Navy. 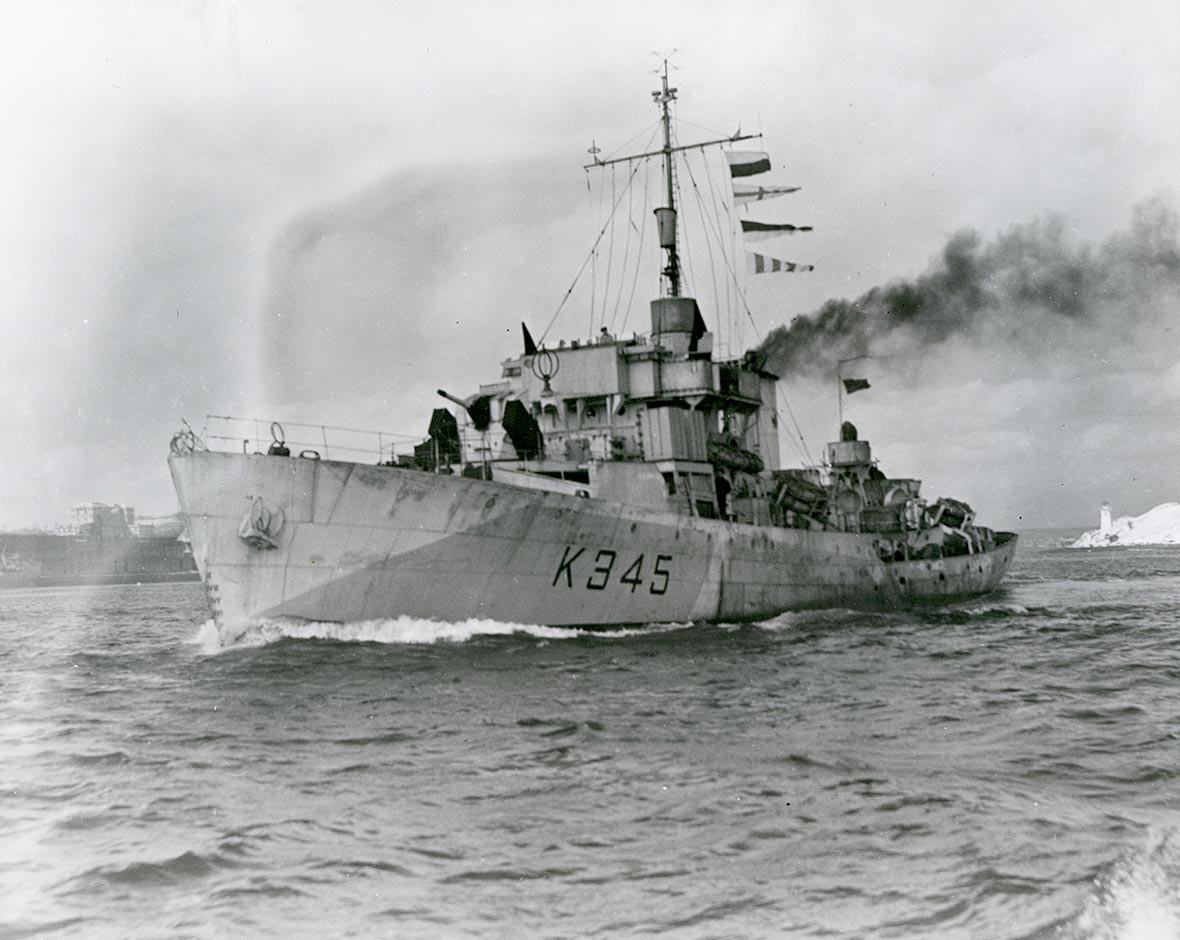 Commissioned at Kingston, Ontario, on 28 November 1944, the Flower Class corvette HMCS Smiths Falls was the last Royal Canadian Navy corvette to enter service. She arrived at Halifax, Nova Scotia, in late December, and remained there fitting out until 10 February 1945 at which time she proceeded to Bermuda for work-ups.

On her return, HMCS Smiths Falls was assigned to Escort Group C-2, in Londonderry, Northern Ireland. She made her passage there as escort to convoy SC.171 in early April, the first of three crossings she completed before the end of hostilities. HMCS Smiths Falls left Londonderry in June 1945 for the last time, and was paid off 8 July, being placed in reserve at Sorel, Quebec for disposal.

Sold for conversion as a whaler, she entered service in 1950 under the Honduran flag as Olympic Lightning, but was sold to Japanese owners in 1956 and renamed Otori Maru No. 16. Again renamed in 1961 as Kyo Maru No. 23, she last appears in Lloyd’s Register for 1977-1978.