There has been only one vessel named HMCS St. Clair in the Royal Canadian Navy. 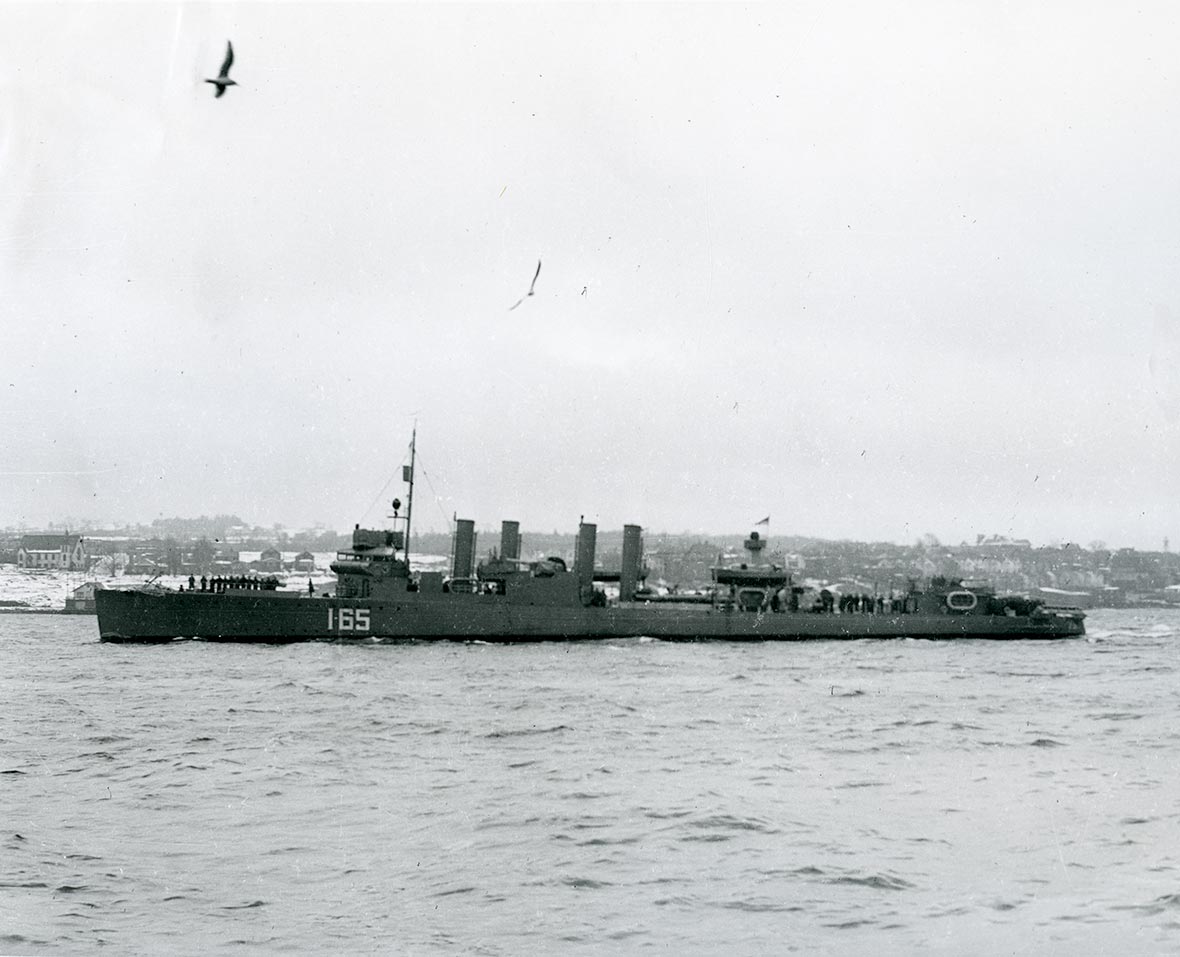 Completed in 1918 as USS Williams, this Town Class destroyer served with the United States Pacific Fleet until 1922, when she was laid up at San Diego, California and placed in reserve. Re-commissioned in 1940, she served briefly with the American Neutrality Patrol before being transferred to the Royal Canadian Navy at Halifax, Nova Scotia, on 24 September 1940 as HMCS St. Clair. Assigned to Escort Group 4, Greenock, Scotland, she arrived in the Clyde on 11 December to undertake escort duty for Western Approaches Command.

On 27 May 1941, in the company of three Royal Navy destroyers, she came under attack, west of Galway, Ireland, by German bombers. Bombs capsized the Tribal Class destroyer HMS Mashona and HMCS St. Clair sank the hulk after picking up survivors.

Assigned to Newfoundland Escort Force, she collided with the oiler Clam on 17 June 1941, shortly after her arrival at St. John’s, Newfoundland, and remained under repairs until 2 December.

In March 1942, she joined Western Local Escort Force and in June 1943 was assigned to its Escort Group W-2. Except for two months’ absence that summer, attached to the training establishment HMCS Cornwallis, she remained with the group until December, when she was ordered to St. Margaret’s Bay, near Halifax, to serve as a depot ship for Royal Navy submarines used in anti-submarine training.

In May 1944, she was taken to Halifax for repairs, remaining there until she was paid off 23 August 1944. She was then reduced to a firefighting and damage control training hulk in Bedford Basin, where her remains still lay as late as 1950.