Speech from the Throne

The Speech from the Throne opens every new session of Parliament. The Speech introduces the government’s direction and goals, and outlines how it will work to achieve them.

On September 23, 2020, Her Excellency the Right Honourable Julie Payette, Governor General of Canada, delivered the Speech from the Throne to open the second session of the 43rd Parliament and outline the government’s agenda. 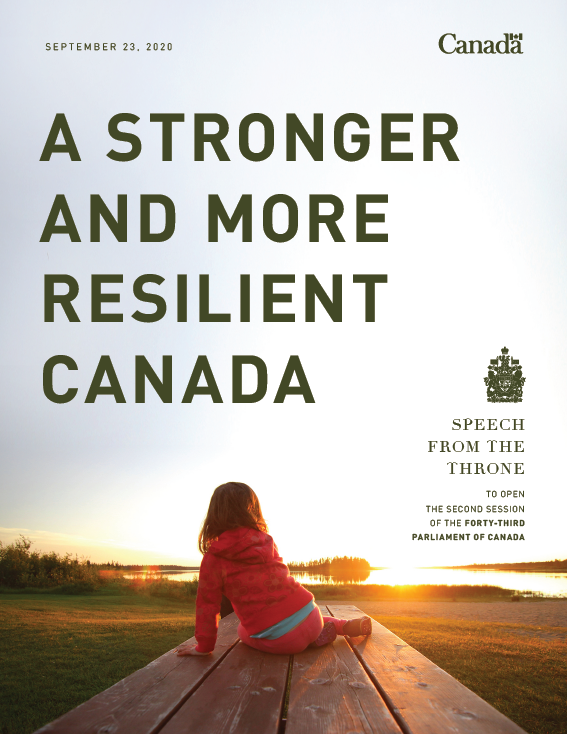 Full text of the Speech from the Throne

A stronger and more resilient Canada

It is the job of the federal government to look out for all Canadians and especially our most vulnerable. We need to work together.

Helping Canadians through the pandemic

The Government is using its fiscal firepower so that Canadians, businesses, and our entire economy have the support needed to weather the storm.

Building back better – a resiliency agenda for the middle class

As we fight for every Canadian and defend everyone’s ability to succeed, we also need to focus on the future, and on building back better.

The Canada we’re fighting for

This is a fight for Canadians today and Canada tomorrow. So we must never forget the values that make us who we are.