As of surveillance week 29, ending on July 22, 2017, the Public Health Agency of Canada (PHAC) has been officially informed of two human clinical cases of West Nile virus (WNV). Both were reported by the province of Ontario [Timiskaming (1) and Windsor-Essex (1)].

As of week 29, there have been 4 provinces (Ontario, Manitoba, Quebec and Saskatchewan) with reports of positive mosquito pools of West Nile Virus.

The Canadian Wildlife Health Cooperative has tested 16 dead birds for West Nile virus: six in Quebec, nine in Ontario and one in Saskatchewan. Of these, 9 were positive for WNV: 4 in Quebec [St Lambert (2), Sherbrooke (1) and Montréal (1)], and 5 in Ontario [Campbellsville (3), Trenton Lakes (1) and Guelph (1)].

The Canadian Food Inspection Agency has not reported any domestic animals tested positive for West Nile virus since the beginning of the 2017 season.

As of July 22, 2017, forty five (45) human cases of WNV have been reported by the Centers for Disease Control and Prevention in the United States. Of these, 26 (57.77%) were classified as neuroinvasive disease and 19 (42.22%) as non-neuroinvasive disease. In addition, 8 presumptive viremic blood donors have been identified.

Detailed information can be accessed via the CDC web site.

As of July 22, 2017, the European Union Member States have reported one human case of West Nile fever in Southern Greece. In the neighbouring countries, one confirmed case and three probable cases have been reported by Israel.

Detailed information can be accessed via the ECDC web site.

No human cases of eastern equine encephalitis virus have been reported to the Public Health Agency of Canada since the 2017 season.

Since January 1, 2017, 9 human cases of laboratory-confirmed cases/exposures of California serogroup virus were diagnosed by the National Microbiology Laboratory in Canada: Alberta (2), Saskatchewan (1), and Quebec (6). Of these cases, four were further classified as Jamestown Canyon virus and the rest as unknown. 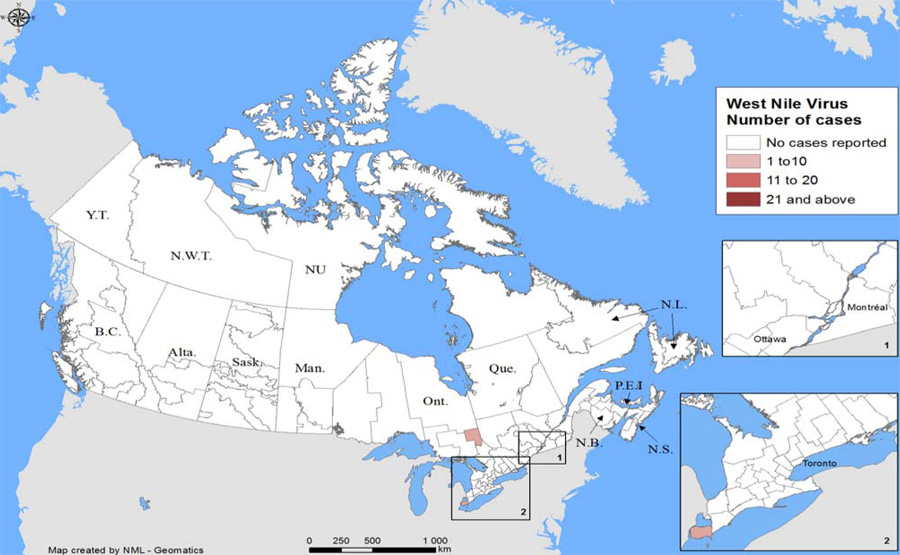 FIGURE 2: West Nile virus human clinical cases and asymptomatic infections by province/ territory and by report week, as of July 22, 2017 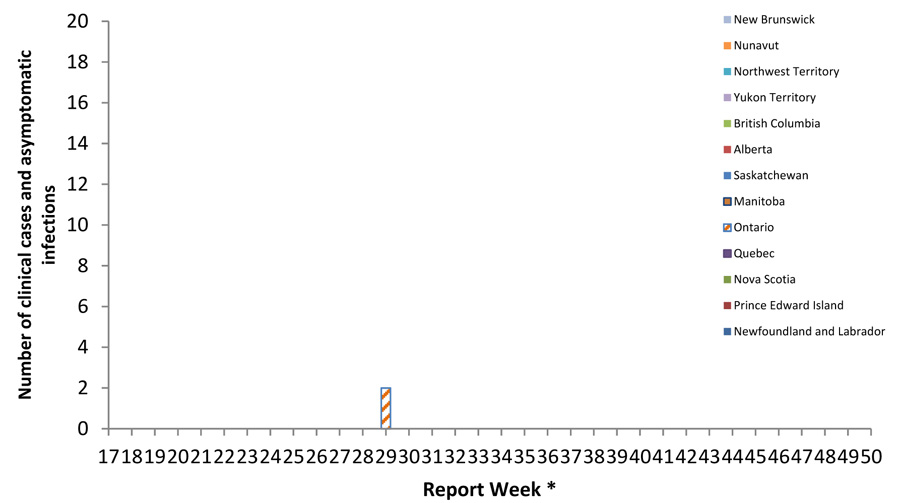 *West Nile virus clinical cases and asymptomatic infections are grouped by report week, based on episode date.  Episode date could include one of the following: onset date, diagnosis date, lab sample date or reporting date. 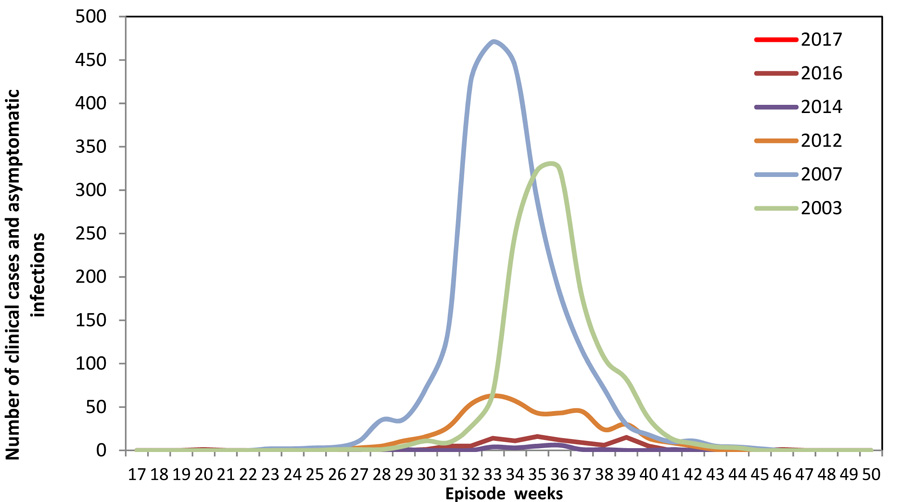 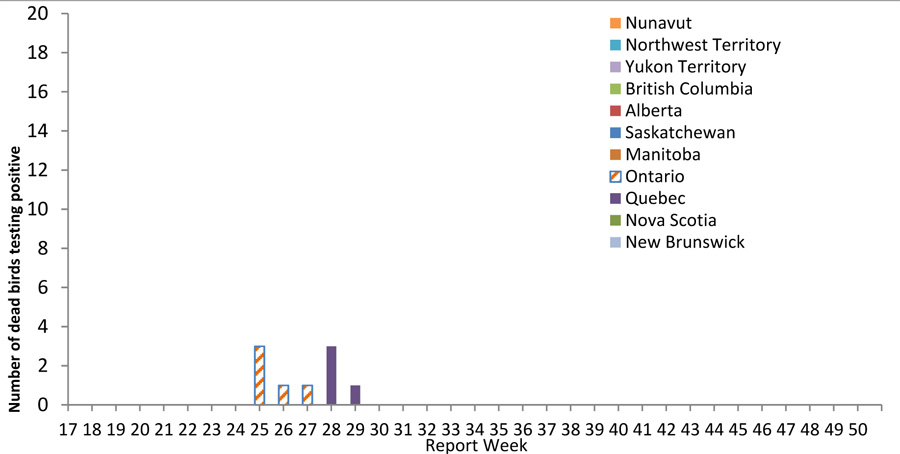 Not all provinces are conducting dead bird surveillance as part of their own WNV surveillance program. However, WNV positive dead birds may be identified through the National Wildlife Disease Surveillance Program of the Canadian Wildlife Health Cooperative.