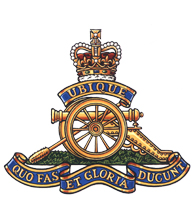 "Whither right and glory lead"

To incorporate the effects and capabilities of the MRR and CU172 Blackjack, Canadian Mechanized Brigade Group headquarters are enabled through the 4 Regt (GS) Airspace Coordination Centers (ASCCs). The ASCCs provide early warning against threats and coordinate ground based air defence.

The official history of 4 Regt (GS) can be found at the Directorate of History and Heritage website.

For more information about the vehicles and weapons used by the Canadian Army, visit our Equipment page.