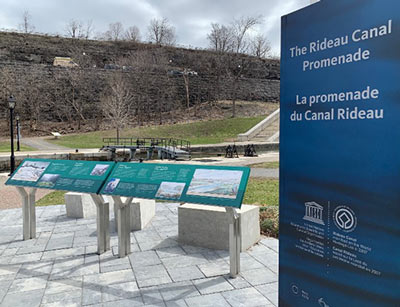 One of the most important historical developments in Ottawa was the creation of the Rideau Canal, now a UNESCO World Heritage Site. You are invited to bike, jog or walk and explore seven outdoor exhibit sites installed along the pathway that highlight the historic, symbolic and cultural importance of the Rideau Canal.

Discover the seven exhibits on the Rideau Canal Pathway

A mobile app to explore the canal’s history

This free mobile app is available for download through the App Store or Google Play. For more information, visit the Parks Canada website.