Unrealistic expectations: The Luftwaffe’s doomed mission during the Battle of Britain - Part VI 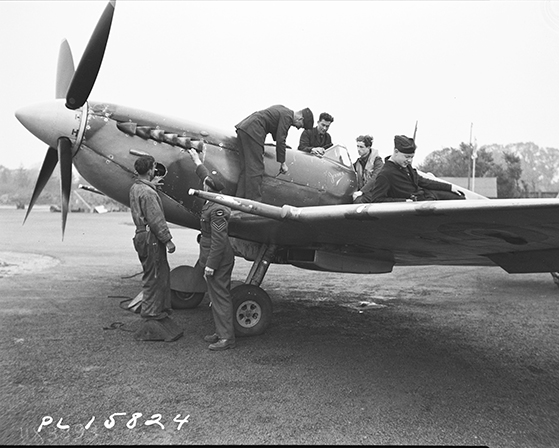 In the summer of 1940, the prospects for democracy in Europe appeared bleak. Adolf Hitler’s apparently unstoppable military machine had overrun most of Western Europe in less than two months; only the English Channel stood between Nazi Germany and the sole outpost of democracy in Europe.

To commemorate the 80th Anniversary of the Battle of Britain, we are running this historical, six-part series is based on an article written by Major Jim Pinhorn, originally published on the RCAF newsroom.

The most disastrous decision of German leadership came on September 7, 1940. Shifting the focus of German bombing from RAF airfields to London may have been motivated by a desire to retaliate for Allied raids on Berlin, or possibly arose from Göring’s insistence that Fighter Command was down to its last few aircraft. Either way, the decision afforded the RAF time to regroup. Having observed the damage wrought by one of the first German attacks on London, Air Vice Marshal Keith R. Park was quick to grasp the significance of the change in German strategy: “Thank God for that,” he said of the carnage created by the German bombs. Park realized that the German change in strategy had come at an important time for the RAF. The Germans had let up just as they were beginning to achieve significant results. Such a fundamental change to German strategy, without having secured a definitive victory against the RAF, was the single most costly leadership failure of the campaign.

The Battle of Britain was Germany’s first serious failure of the Second World War. In the days leading up to the battle, however, such a defeat seemed highly unlikely. Fresh off its easy victories through France and the Low Countries, it seemed only a matter of time before the Luftwaffe would brush aside the RAF. Britain’s tiny army had been routed on the continent and the RAF had suffered serious losses as well. However, German failures before and during the battle would conspire to ensure that they would never be able to bring about a British defeat.

Despite the challenges posed by its doctrine, equipment, and faulty intelligence, the Luftwaffe was still able to push the RAF to the very brink of defeat. By late August, the Germans were destroying British fighters faster than they could be replaced, and they seemed to have Fighter Command on the ropes. Had the Luftwaffe been better led, as the British most certainly were, the results may have been very different. Hitler and Göring, however, were very much part of the package, and it was a package that was simply inadequate for the task it was being asked to perform.

The Battle of Britain was meant to pave the way for a German invasion. To have any chance of success, such an invasion would require both sea control and air superiority in order to avoid having German ships blown out of the water. For the people of Britain, the battle was perceived as a struggle for national survival in which the RAF provided the last line of defence. Despite the fact that many in Britain, and indeed throughout the international community, assumed it to be only a matter of time before the British would be forced to capitulate, the “inevitable” German victory never came.

Exceptional leadership and the tireless efforts of RAF personnel were essential to the eventual British victory. More important, however, were the German failures before and during the battle that ultimately ensured defeat. Contrary to the popular belief that the Battle of Britain was one in which the “few” achieved victory against overwhelming odds, the lack of appropriate doctrine and equipment, combined with failures in intelligence and leadership, ensured that the defeat of the RAF was a task which the Luftwaffe could never achieve.

This article was originally published, with scholarly footnotes, in Volume 1, Number 3 of The Royal Canadian Air Force Journal (Summer 2012). At the time of original publication, Major (then Captain) Pinhorn was a pilot with 103 Search and Rescue Squadron in Gander, Newfoundland and Labrador.