On October 20, 2021, Former Supreme Court Justice, Louise Arbour, who is leading the Independent External Comprehensive Review, provided an interim recommendation to the Minister of National Defence regarding investigative and prosecutorial jurisdiction over all sexual offences by CAF members. On November 4, 2021, the Honourable Anita Anand, Minister of National Defence, provided a response to Mme Arbour, indicating that she accepted the recommendations and that the Defence Team would begin work immediately to implement them. 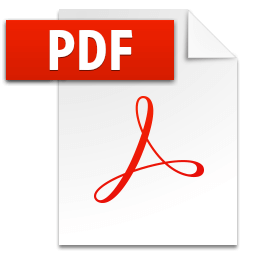 RE: Independent External Comprehensive Review of the Department of National Defence (DND) and the Canadian Armed Forces (CAF)

Sexual misconduct is not the exclusive preserve of the CAF. Indeed its prevalence in all parts of Canadian society, and abroad, has become painfully apparent in recent years. So has the public mobilisation to denounce it. From the media’s interest in and exposure of the issue, to the damning Report of the Honourable Marie Deschamps and the Final Settlement of the Heyder-Beattie class actions, the issue of sexual harassment and misconduct in the CAF has opened the institution to unprecedented scrutiny and an equally unprecedented opportunity for change. Closer attention to the issue, including the recent Report by the Honourable Morris J. Fish on the military justice system, invites a broad, comprehensive approach to the causes of this important failure, and to the measures that will be necessary for the CAF to live up to its stated values and the expectations of Canadians. My Review will serve, among other things, to identify the causes of the continued presence of sexual harassment and misconduct in the CAF, and the means to prevent and/or eradicate it.

In the months leading up to my appointment as Reviewer, several allegations of historical sexual misconduct were made against high-ranking CAF members, namely General Officers and Flag Officers (GOFOs), including the Chief of the Defence Staff at the time. Since my appointment, it has been made public that survivors have continued to come forward and have raised allegations against several GOFOs, who were in important command positions and were subsequently put on leave.

These recurrent allegations of historical sexual misconduct against senior CAF leaders and the related Canadian Forces National Investigation Service (CFNIS) investigations, have led me to conclude that immediate remedial actions are necessary to start restoring trust in the CAF.

In his Report, tabled on June 1, 2021, the Honourable Morris J. Fish recommends, at recommendation No. 68, that sexual assaults should not be investigated or prosecuted under the National Defence Act and should instead be referred to civilian authorities, on a temporary basis.

I have heard criticisms in response to this recommendation, including that civilian authorities do not have the appropriate level of understanding and knowledge of the military, that it may lead to a patchwork of investigative and prosecutorial approaches between provincial authorities, that longer delays and less severe sentences may ensue, and that it creates a missed opportunity for discipline and dissuasion among the CAF’s members.

On the other hand, I have heard, in the course of my Review, significant skepticism on the part of stakeholders and most importantly survivors, with respect to the independence and competence of the CFNIS (and Military Police). This perception is pervasive in the CAF and the DND and, I believe, a large segment of public opinion. It has created serious mistrust in the military justice system and, in particular, in the investigative phase.

While the secrecy that surrounds the early stages of a police investigation may be necessary, in the current climate it serves to increase suspicion about the CAF’s ability to police itself. Further, the fact that CFNIS investigations are meant to be kept confidential, even from the CAF’s leadership, inevitably invites suspicion and disbelief, and puts the CAF leadership in a difficult if not impossible position. This has been recently illustrated by the disclosure of promotions granted to GOFOs undergoing investigation, inviting speculation about the motivations and competence of CAF leadership. Such speculation would not happen if, as is normally the case, the investigations were demonstrably at arm’s length, conducted by outside investigative authorities.

In light of the above, I believe that it is necessary to establish a process that will facilitate the handling of allegations of sexual offences in an independent and transparent way outside of the CAF.

Without prejudice to my Final Report and additional findings and recommendations, I recommend, on an interim basis, the following:

I also recommend that I be informed of all steps taken to implement this interim report as they occur, and on no less than a monthly basis.

These recommendations should be implemented immediately. They are without prejudice to any recommendation I may make in my Final Report.

I welcome an opportunity to discuss these interim recommendations further.

As per my Terms of Reference, I expect that the present letter, constituting an interim report, will be made public.

I was pleased to receive your interim report and recommendations in the context of your role as the Reviewer in the Independent External Comprehensive Review of the Department of National Defence (DND) and the Canadian Armed Forces (CAF). I share your concerns and agree that it is necessary to establish a process that will facilitate the handling of allegations of sexual offences in an independent and transparent way outside of the CAF and the military justice system.

I am grateful to you for your efforts to build on the excellent work of the Honourable Marie Deschamps and the Honourable Morris J. Fish. I very much believe that a comprehensive approach to addressing sexual harassment and misconduct in the CAF is necessary for the CAF to live up to its stated values and the expectations of Canadians. I am pleased, therefore to accept your interim recommendations and to inform you that the Defence Team will begin work immediately to implement them. This process will include the implementation of the Honourable Morris J. Fish’s recommendation No. 68. In particular, all sexual assaults and other criminal offences of a sexual nature under the Criminal Code, including historical sexual offences, alleged to have been perpetrated by a CAF member past or present, will be referred to civilian authorities.

I am pleased to inform you that the Canadian Forces Provost Marshal (CFPM) and the Director of Military Prosecutions (DMP) are working quickly to develop the mechanisms and processes that will be required to implement your interim recommendations. I understand that they intend to engage with your team in order to ensure that their work on implementation remains consistent with your recommendations. In addition, the CFPM and DMP have begun to engage federal, provincial and territorial (FPT) counterparts on implementation of these interim recommendations and my officials are collaborating with the Department of Justice who have confirmed their willingness to facilitate or support these FPT discussions.

As Minister, I will ensure that you are kept informed on a monthly basis of the steps taken to implement your interim recommendations and would be grateful for any advice on the implementation process moving forward. The unprecedented scrutiny that the institution is undergoing represents an equally unprecedented opportunity for meaningful change to build confidence in the CAF and the military justice system, and I am looking forward to your final recommendations to help drive that change.

Thank you again for your letter and for your continuing hard work on your review. I was pleased to discuss these interim recommendations with you and look forward to our further discussions in connection with your ongoing work to prepare your final report.