Vasiliki (Vass) Bednar is an Action Canada Fellow and the Associate Director of the Cities research program at the University of Toronto's Martin Prosperity Institute at the Rotman School of Management, where she works at the intersection of business and public policy. The self-described “millennial wonk star” recently completed the Civic Action DiverseCity Fellowship and is the co-host and co-producer of a weekly radio show called “DETANGLED” on CIUT 89.5FM, where she makes the complex colloquial for a young urban audience. Vass' spirited playfulness is her edge in the policy world, where she uses humour to make complicated ideas more accessible.

In 2012, she opened TEDxToronto with a talk about Making Public Policy More Fun and co-hosted the event the following year after reading an article about TED's challenges engaging women speakers. In early 2014, she delivered the University of Toronto’s annual Hancock lecture, about how to be a policy “player.”  She was previously a senior advisor to the Wynne government and is active in public policy debates as a member of the Banff Forum, Equal Voice, Better Budgets Toronto and board member of the Couchiching Institute on Public Affairs. Her work has been published in the Ottawa Citizen, the Globe and Mail and the IRPP Policy Options blog.

Vass holds her Master of Public Policy (MPP) from the University of Toronto's School of Public Policy & Governance and is a graduate of McMaster's Arts & Science program where she earned the President's Medal for Leadership. 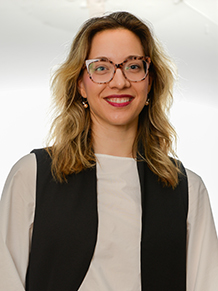 Adrianna MacKenzie is the Program Director for Pathways to Education in Spryfield, Nova Scotia. She has been working in the field of Community Youth Development for 16 years within the non-profit sector including with HeartWood Centre for Community Youth Development and as an independent consultant. Adrianna has helped to develop systems change management processes for provincial government departments, as well as facilitator training sessions to building the capacity of youth serving organizations.

Adrianna previously sat as president and voting member on The Gordon Foundation for Children and Youth's board of directors. Adrianna is driven to find best practices as well as opportunities to be innovative in order to best serve communities and improve the lives of its members.

Adrianna went to Saint Mary's University to receive her BA Criminology and received her Bachelor of Education from Acadia University. She volunteers with community projects including community gardening and local placemaking projects. 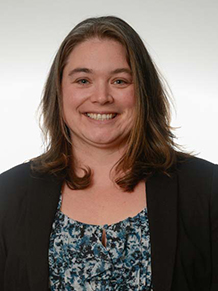 Paulina in an impact-driven leader. She currently serves as the Regional Director for BC & Yukon at Futurpreneur Canada- a national NPO providing early stage resources, mentorship, and financing to startup entrepreneurs aged 18-39. Paulina is joining Simon Fraser University’s team of innova¬tive leaders as a Visiting Professor at the Beedie School of Business, teach¬ing Introduction to Entrepreneurship and Innovation. In 2008, Paulina was a founding director of Young Women in Business and grew the organization to be Canada’s largest non-profit providing personal and leadership development of millennial women. Previously, Paulina gained her business expertise working at KPMG in audit and management consulting, obtaining the CPA, CA designation.

Paulina frequently coaches + advises rising stars, and is committed to advancing diversity and youth engagement. She has been recognized in the community for her significant contributions, including being awarded the Vancouver Board of Trade’s inaugural Wendy McDonald Award, The International Alliance for Women Top 100 Award in Washington DC, the KPMG National Leadership Award, and was a finalist for the YWCA’s Women of Distinction Awards, in the Young Woman of Distinction category 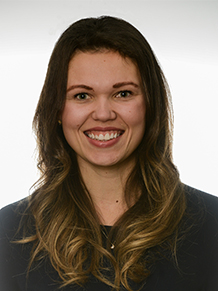 As a result of Robyn’s leadership, advocacy and management, WORKshift has grown from Canada’s first regional telework project to a national not-for-profit and the defacto brand for all things related to flexible work in Canada.

In her work, Robyn has advised hundreds of private and not-for-profit organizations across North America and municipalities around the world by offering a holistic ecosystem approach for organizations to make their WORKshift program a reality. She is the co-author of Workshift, a book dedicated to supporting organizations and their leaders successfully adopt flexible cultures.

Robyn has a commerce degree from Acadia University. She has worked as a marketer for multinational organizations including TELUS Communications and the United Nations. 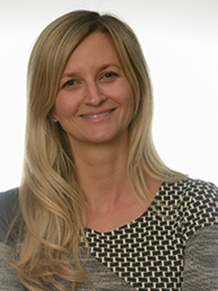 Sonya Gulati is a passionate and visionary leader skilled in applying evidenced-based analytics, economic methodologies and strategic frameworks to complex, multi-faceted business problems. She is currently a Manager with KPMG's Public Sector Advisory Practice. Sonya has also held successively senior roles in economics and strategy within TD -- in Canada and the U.S. – and in the public sector at the provincial and federal levels. As a Senior Economist within TD Economics, she had a mandate to analyze public policy, authored in-depth research publications and served as a TD spokesperson, both in Canada and the U.S. She also has experience and a strong background in strategic planning, strategy development and risk management. 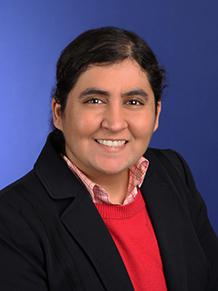 María Eugenia is a Professor at the National Institute of Scientific Research, Urbanisation Culture Société, in Québec and member and director from January 2017 of the Observatoire Jeunes et Société. She is also member of the International Sociological Association (ISA) and Secretary of RC30 Sociology of Work.

She has taught and worked as a researcher in French and Argentinian universities. She has published about young people careers in Quebec, Argentina and France, youth work aspirations and values, youth temporalities, employment informality, biographical turning points, work programs for young people; and also about processual and longitudi¬nal analyses, among others. She currently coordinate the research project "Young people precariousness and Policy: convergences and divergences around employment in Quebec, France and Argentina" (FRQSC) and also co-leads the project "Successful life. Social norms and socio-professional aspirations in a changing world" (SSHRC). She acted as an expert for public consultations and institutions focusing on youth, as Secretariat à la Jeu¬nesse du Québec and Institut National de la Jeunessse et l’Éducation Populaire in France.

Maria holds a Post-doctorate from Sherbrooke University in Canada, a Doctorate in Sociology and Social Sciences from Aix-Marseille University in France and Universidad de Buenos Aires in Argentina. Her areas of specialization are: life course, work, youth, em¬ployability programs, temporality, and international comparison. 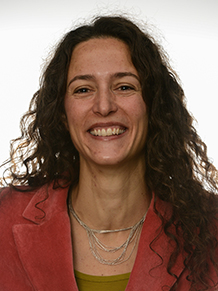 Michael Redhead Champagne has spent nearly two decades speaking out and leading by example. He takes a hopeful and solution oriented approach to youth engagement, facilitation, community organizing and mobilization.

The list of accolades for his work is both lengthy and well deserved. He was recognized as the 2016 Canadian Red Cross Young Humanitarian of the Year and in TIME Magazine as a Next Generation Leader. In 2016, Michael served on the Bank of Canada’s bank note advisory committee with a task of creating a short list of women nominated by the public to appear on a new bank note. Michael has also received a Manitoba Aboriginal Youth Achievement Award as well as recognition as a CBC Manitoba Future 40 leader, a Manitoba Hero, and a Future Leader of Manitoba.

As the founder of AYO! (Aboriginal Youth Opportunities), he is committed to a wide variety of important community initiatives including Meet Me at the Bell Tower, AYO Politix, ARROWS Youth Engagement Strategy, 13 Fires, Fearless R2W and Winnipeg Water Wednesday. Michael has served as president of North End Community Renewal Corporation, a board member for the Circle of Life Thunderbird House and is currently serving on the board for Marymound Inc. His committee work currently includes United Way of Winnipeg’s Council for Indigenous Relations and is an advisor to the Garden of Compassion initiative. 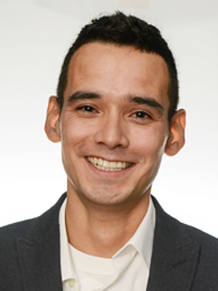 Gabriel is an entrepreneur and the President of the Jeune Chambre de commerce de Montréal, the largest youth chamber in the World. In 2009, he founded Youth Fusion, an award-winning charity that works to lower dropout rates, employs over 200 people in Quebec and Ontario, and works on a weekly basis with over 13,000 at-risk youth.

Gabriel is currently a director on the boards of Concordia University, the Bombardier Foundation, Québec-Cinema, and the Chamber of Commerce of Metropolitan Montreal. Furthermore, his involvement in all levels of government is multi-sectoral: at the municipal level, he was named Governor on the Council of Montreal’s 375th Anniversary, and contributed to the development of the JE VOIS MTL/JE FAIS MTL movements; at the provincial level, he is a member of the Committee on Economy and Innovation as well as Special Advisor to the Minister of Culture for the renewal of Quebec’s cultural policy.

Formerly the spokesperson for the Quebec Entrepreneurship Contest (2014 and 2015), Gabriel has been granted prestigious awards and recognition: Mercuriades by the Federation of chambers of commerce of Quebec (FCCQ), Peace Medal by the YMCAs of Quebec, Social Entrepreneur of the Year by Ernst & Young (EY), Personality of the Week by La Presse/Radio-Canada (CBC), Ashoka and Jeanne Sauvé Foundation Fellow. Moreover, his work was highlighted by the Public Policy Forum of Canada, the Globe and Mail, the Association pour le développement de la recherche et de l’innovation du Québec (ADRIQ), the Regroupement des jeunes chambres de commerce du Québec (RJCCQ), Réunir Réussir (Chagnon Foundation), the Quebec Latin-American Chamber of Commerce, etc.

Gabriel graduated from Concordia University in Communication Studies. He is a former director on the board of Oxfam-Quebec, and has been for many years an active member of Quebec’s taskforce on student retention and success. 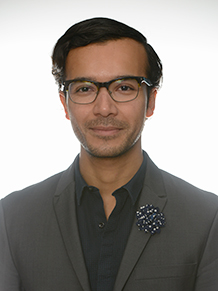