Under SARA, the competent ministers must prepare recovery strategies and action plans for species listed as extirpated, endangered or threatened and management plans for those listed as special concern. Recovery strategies identify threats to the species and its habitat, identify critical habitat to the extent possible, and set population and distribution objectives for the species. Action plans outline the actions to be taken to meet the objectives in the recovery strategy. Management plans include measures for species listed as special concern, but do not identify critical habitat.

Table 6 shows the required timelines for developing recovery strategies and management plans. The timelines for developing action plans are set within the recovery strategies. Posting of SARA recovery documents is the responsibility of the federal competent minister for the species; however, they must be developed, to the extent possible, in cooperation and consultation with all relevant jurisdictions and directly affected parties.

Proposed recovery strategies, action plans and management plans are posted on the Species at Risk Public Registry for a 60-day public comment period. The competent ministers consider comments and make changes where appropriate. The final recovery strategy or action plan, as applicable, is to be published in the public registry within 30 days after the expiry of the public comment period. Five years after a recovery strategy, action plan or management plan comes into effect, the competent minister must report on progress made toward the stated objectives.

As of April 2014, proposed recovery strategies or management plans for 189 species under the responsibility of Environment Canada had not yet been posted. On December 17, 2014, an additional 3 species were added to Schedule 1.

In 2014, Environment Canada published a plan to publish proposed recovery strategies and management plans for these 192 species over three years in a prioritized manner based on consideration of immediate threats and population declines as well as program priorities and information availability. The posting plan and progress in publishing proposed recovery strategies and management plans to date are available on the Species at Risk Public Registry.

British Columbia’s west coast records the highest annual rainfalls in all of Canada. In contrast to the surrounding rainforests, a land of savannah and prairie lies in the rain shadow of the nearby mountains of Washington State’s Olympic range, along the east coast of Vancouver Island between Victoria and Campbell River.

With its iconic Camas lilies and Garry Oak trees, this area, which has supported Coast Salish communities for thousands of years, is one of the most diverse terrestrial landscapes in British Columbia.

Increased development has put extreme pressure on this area, and over 120 species in this landscape are at risk, including some species that exist nowhere else in the world. More than 40 of these species are protected under the Species at Risk Act.

In 2003, Parks Canada committed to lead on recovery planning for 42 plants and invertebrates that are part of Garry Oak and associated ecosystems. Parks Canada, in partnership with the Garry Oak Ecosystem Recovery Team, has worked with private landowners, local governments, non-governmental organizations, other federal departments and First Nations throughout the region to successfully publish recovery strategies. The final recovery strategy, for Slender Popcornflower, was posted in September 2014 and represents the completion of more than a decade of planning for the recovery of Garry Oak species and the ecosystems they call home. With these recovery strategies as their guide, Canadians now have a framework to preserve these ecosystems for future generations. 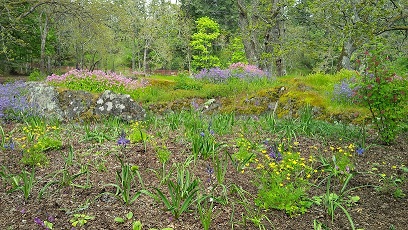