While efforts are ongoing to increase the amount of area protected, it is also important to ensure that the management of these areas is conducted in a manner that will achieve the targeted conservation goals. This section highlights the challenges and progress made with respect to the management of protected areas in Canada since the last 2011 report. 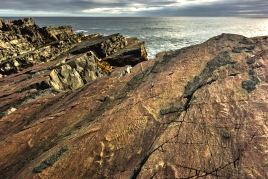 k Alberta reported that management actions had been implemented to varying degrees from partially to substantially across their protected areas, and that for some the degree of implementation was unknown.

l BC Parks manages 1028 terrestrial protected areas and one marine protected area in total. There are another 29 Wildlife Management Areas not included in the totals above since they are not managed by BC Parks. Of these 29 areas, 28 have a terrestrial component. Although there is no formal management plan program or tracking on management plans for these areas, various management direction documents are developed by different agencies. 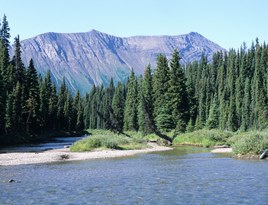 The majority of organisations reported on challenges or barriers related to the management of both terrestrial and marine protected areas in Canada (Table 11).

Monitoring and managing for ecological integrity 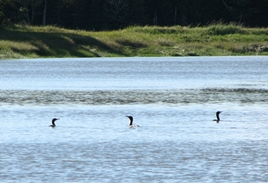 Ecological integrity refers to “a condition that is determined to be characteristic of a natural region and likely to persist, including abiotic components and the composition and abundance of native species and biological communities, rates of change and supporting processes”Footnote5. Increasingly maintaining the ecological integrity of protected areas is a key component of protected areas management for Canadian jurisdictions with the goal to preserve ecological processes as well as the region’s composition and abundance of native species (see Tables 13 and 14).

Managers of protected areas rely on various sources of information for decision making. In addition to biophysical data, this can include information on anthropogenic activities to understand the effects and impacts human activities may have on an area, and information from traditional ecological knowledge, drawing on the awareness of the area developed over time by local and Indigenous People through ongoing use and observations of the land and marine environments. 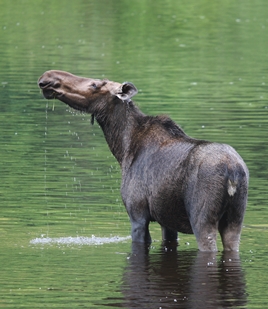 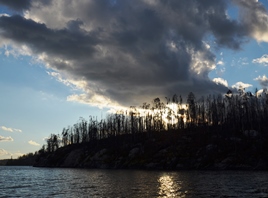 Over time, organisations may make changes that will affect the level of protection of an established protected area or its size. Reasons for such changes vary greatly and can include the rectification of boundaries with improved mapping, changes in management approach or for operational reasons such as to facilitate activities permitted, changing the status of the site because the protected area is no longer serving its original purpose or recognition that the site does not meet the definition of a protected area. Although organisations can also improve or upgrade the level of protection or increase the size of a protected area, this section mainly focuses on three types of actions undertaken during the reporting period, unless otherwise noted (see Table 17):

Funding and resources for protected areas

A comprehensive assessment of funding is beyond the scope of this report, however some protected areas organisations were able to provide estimates of annual expenditures. This enables a general overview to be presented in Table 18.

n Annual expenditures include an estimate of capital, operations and other expenditures rounded up to the nearest $100,000. This information was provided by each of the provinces,territories or federal organisations in the table above. Methodologies for determining expenditures vary between jurisdictions so any comparisons should be made with caution. For certain jurisdictions such as Alberta and Nova Scotia, expenditures are for all natural and recreational areas including some sites that are not recognized as protected areas (for example, most provincial parks in Nova Scotia). No information was available from Newfoundland and Labrador or Fisheries and Oceans Canada.

o Expenditures per km2was calculated by dividing the annual expenditures for each province, territory or federal department by the total protected area (terrestrial and marine) under their administration including areas managed under shared governance arrangements.

p Annual expenditures for Alberta reflect the resources allocated for all parks and protected areas managed by the Parks Division. A large proportion of these expenditures flow to high use and capital intensive sites, and are not necessarily limited to sites that are designated as protected areas.

q Annual expenditures for Manitoba reflect the annual resources that were allocated for the Protected Areas Initiative from 2012-2016. These resources go toward protected area planning and establishment, and therefore would only apply to km2 established during the reporting period.

r Annual expenditures for New Brunswick reflect annual resources allocated to protected natural areas on Crown Land and to three provincial parks, with the majority being dedicated to park operations and management.

s For Nova Scotia, these numbers include expenditures for all provincial parks, most of which are not protected areas.

t Annual expenditures for Saskatchewan include those for provincial park lands and the adminsiration of the Representative Areas Network.

u Annual expenditures for Yukon are not specific to protected areas only, but reflect annual resources allocated to the agency.

v Expenditures for Parks Canada are related to the establishment and operations of protected areas. 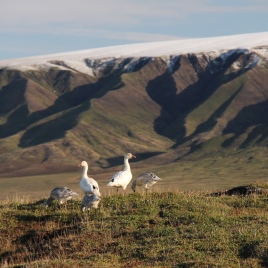 Assessment of benefits of protected areas

Beyond their biodiversity conservation value, many organisations recognize the range of benefits, both direct and indirect, that protected areas provide to local communities and economies. These include opportunities for recreation, tourism and employment, scientific research and education, cultural heritage discovery and interpretation, human health and well-being, and a number of other ecosystem services. This range of benefits was demonstrated by initiatives and studies undertaken from 2012-2015, as highlighted below.

People have been attracted to the Brokenhead Wetland in Manitoba for many years. The local Ojibway Nation communities have used it for medicinal plant collection, cultural activities and hunting, and continue to do so today. Orchid lovers and eco-tourists visit it for the many beautiful and rare species found there. Although this area is wonderfully attractive, visitation has been discouraged in the past because of the risk of damage to the rare plants and their habitat.

Debwendon Inc. (meaning “trust” in Ojibway) was formed in 2007 to promote and preserve the Brokenhead Wetland Ecological Reserve, to raise public awareness of the historic cultural connection between the Brokenhead Ojibway Nation and the wetland, and to construct and maintain a boardwalk and interpretive trail adjacent to the ecological reserve. It is made up of volunteers from two non-profit organisations, Native Orchid Conservation Inc. and the Manitoba Model Forest, along with the Brokenhead Ojibway Nation and Eastside Aboriginal Sustainable Tourism Inc. Manitoba Parks has recently partnered with Debwendon Inc. to construct a floating boardwalk, with funding support from the Eugene Reimer Environment Fund at The Winnipeg Foundation. An interpretive trail has been created adjacent to the ecological reserve, within a 100 metre-wide buffer that follows the reserve boundary for 1.2 km, which includes interpretive nodes that indicate where specific plants such as orchids, pitcher plants, and Labrador tea can be seen along the trail. As this initiative rolls out, live interpretation highlighting the special relationship between the Brokenhead Ojibway Nation and the wetland will be provided, along with ongoing trail maintenance, by Brokenhead Ojibway Nation members employed over the coming seasons. This installation of boardwalks, signage and live interpreters will enable the public to safely visit the area for aesthetic, educational and cultural reasons without causing further damage to the native plants and their habitat.

This has been a unique and successful partnership between the provincial government, a First Nation, conservation organisations and a locally established endowment fund to protect this rare wetland area and share it with the world.

Tourism and visitation has been intricately linked to protected areas since their modern-era conception. Indeed, for many of us, it is only by visiting and pursuing recreation in protected areas that we come to understand and appreciate their value to nature conservation. In the fundamental sense, visitation to protected areas is about a process in which visitors personally connect with their natural and cultural heritage through compelling experiences, thereby fostering support for those and other protected areas.

The importance of visitation and tourism in protected areas conservation has been recognized by organisations and jurisdictions the world over. Yet many have also recognized the potential negative impacts of recreation and visitation, particularly on sensitive habitats which succumb quickly to the effects of human disturbance. As such, many protected area managers limit access to sensitive zones or limit time of use to try and minimize negative human impacts.

Whether visitation is encouraged or not, certain aspects of visitation are controlled by a variety of policies, strategies or specific guidelines for all jurisdictions. Table 19 indicates the number of protected area organisations employing different types of measures.

Several organisations reported that management of visitor use and infrastructure development is more prevalent in provincial parks than in other types of provincial protected areas. For example, there is little construction or infrastructure development in wilderness areas and nature reserves except in a small number of cases of trails, trailheads, parking lots, and designated campsites.

Other visitation promotion programs and initiatives being delivered in Canada include:

Public awareness and education are critical factors in ensuring the long term success of a marine protected area, especially in the Musquash Estuary Marine Protected Area which has coastal access.

Every year since 1998, with the support of Fisheries and Oceans Canada, the Conservation Council of New Brunswick has hosted the Musquash Paddle. The paddle is an opportunity for community members and visitors to experience the Musquash Estuary--which is connected to the Bay of Fundy, 20 km southwest of Saint John, New Brunswick--from a kayak or canoe with the help of a guide who is extremely knowledgeable of the estuary. Every year the paddle is well attended and community members can learn about the Marine Protected Area and the estuary ecosystem while experiencing its natural beauty.

Federal, provincial and territorial organisations only provided information on management plans for protected areas under their administration only. The numbers provided above may not be comparable with previous reports as it does not reflect all protected areas by location, such as those under other governance types.

New Brunswick increased its number of Protected Natural Areas from 61 in 2011 to 208.

The numbers provided in this table also include protected areas under a shared governance regime.