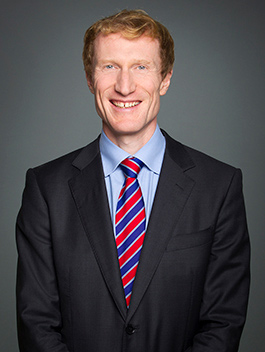 The Honourable Marc Miller was first elected in 2015 as the Member of Parliament for Ville-Marie—Le Sud-Ouest—Île-des-Sœurs, in Montréal. He has previously served as Minister of Indigenous Services.

Before entering politics, Minister Miller was a practising lawyer. He specialized in mergers and acquisitions, with a focus on international and commercial law, and worked in Montréal, Stockholm, and New York City. Previously, he served as an infantry soldier in the Canadian Armed Forces.

Minister Miller made history in 2017 when he delivered a statement in the House of Commons entirely in Mohawk, marking the first time the language had been spoken in either the House of Commons or Senate since Confederation. He has also been a forceful advocate for increased federal investment in affordable housing, public transit, and the Canada Child Benefit.

Minister Miller has been involved in several charitable and pro bono legal initiatives. He has also authored articles on constitutional and human rights law.

Minister Miller is a graduate of the Université de Montréal, where he earned Master’s and Bachelor’s degrees in Political Science. He also graduated from McGill University with degrees in Common Law and Civil Law.

Minister Miller was born and raised in Montréal.