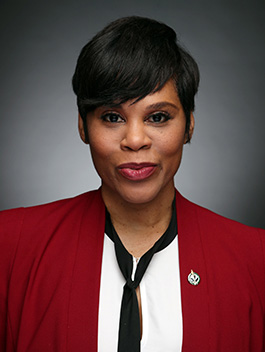 Minister for Women and Gender Equality and Youth

Represents the riding of Toronto Centre

The Honourable Marci Ien has served as Member of Parliament for Toronto Centre since October 2020.

Minister Ien is a devoted community leader and a passionate advocate for vulnerable communities in Canada and around the world. Prior to being elected to the House of Commons, she had an award-winning career in journalism and television that spanned three decades. She has travelled internationally with Journalists for Human Rights and World Vision.

Minister Ien has worked as a mentor with underprivileged youth with Trust 15, an afterschool program based in the Etobicoke area of Toronto, and in La Loche, Saskatchewan, following the shooting at Dene High School in 2016. She has also supported students from these communities by co-founding a new scholarship at the RTA School of Media at Ryerson University. A graduate of Ryerson, she later returned to the university as a distinguished visiting professor and served on its Board of Governors.

In October 2020, just a day after being elected to Parliament, Minister Ien released her first book, Off Script: Living Out Loud, in which she shares personal milestones, tales of resilience and kindness, dramatic moments from her career as a journalist, and insights from the many unforgettable people she has met and interviewed.

Minister Ien was born and raised in Toronto, where she lives with her children Blaize and Dash.