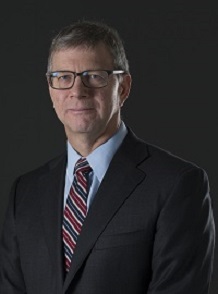 Before joining the Department, Dr. Lucas served as Deputy Minister of Environment and Climate Change Canada (ECCC) since January 2017.

As Senior Associate Deputy Minister (Climate Change) from June 2016 to January 2017, Dr. Lucas led ECCC activities in support of the development and adoption of the Pan-Canadian Framework on Clean Growth and Climate Change.

As Assistant Deputy Minister, Science and Policy Integration at Natural Resources Canada (NRCan) from 2009 to 2013, he was responsible for strategic policy development related to energy, mineral and forest resources, climate change and clean energy and international and intergovernmental relations. Prior to that, from 2007 to 2009, he was Assistant Deputy Minister, Minerals and Metals Sector, at NRCan, where he provided leadership on innovation, green mining and corporate social responsibility.

Dr. Lucas was a Director General in the Health Products and Food Branch (HPFB) at Health Canada from 2003 to 2007, Senior Director at NRCan for Science, Innovation, Regional and Aboriginal Affairs from 2000 to 2003, and Director of Policy Planning and Coordination in the Earth Sciences Sector at NRCan from 1998 to 2000.

Dr. Lucas started his career as a research scientist at the Geological Survey of Canada in 1988. He has a Bachelor of Science with Honours in Geological Engineering from Queen's University and a Ph.D. in structural geology and tectonics from Brown University.