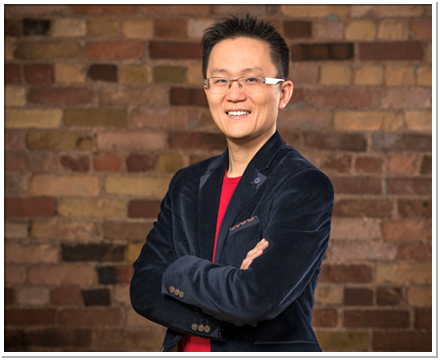 When Allen Lau arrived in Toronto from Hong Kong in the late 1980s, he had just finished high school and was embarking on an engineering degree at the University of Toronto. He had no idea that he would someday be the visionary behind a tech start-up that helps writers connect to worldwide markets.

He landed a job with IBM after graduation, but the large corporate environment wasn’t his style. He moved to Delrina, a small tech start-up (later acquired by Symantec)—and caught the entrepreneurship bug.

By 2001, he had started his first company, Tira Wireless, a mobile gaming company. A few years later, the idea for Wattpad, a platform that allows writers to post and readers to view and interact with writers, came to him.

“Gaming is not my passion”, says Allen. “I spend more time reading and writing. But because I was so close to mobile, I envisioned people’s desire to bring their reading with them everywhere on a device.”

He started Wattpad with a colleague, Ivan Yuen. In the earliest days, it was just the 2 co-founders. Now, Wattpad has around 170 employees and 70 million users spend 22 billion minutes on it each month. Wattpad also seems to be boosting interest in reading among young people. According to Wattpad’s website, some 90% of its users are millennials or Gen Z.

Wattpad opens doors for writers to audiences they could never have reached before. Allen points to Canadian writer Isabelle Ronin, who had the most popular story on Wattpad in 2016 and is now a published author.

Allen is a great visionary and incredibly inspiring. I believe he has the ability to see into the future and figure out how to make it a reality.

Matt Golden, co-founder of Tira Wireless and an early investor in Wattpad

“As a writer based in Winnipeg, it would have been mission impossible for her to gain an audience outside of Manitoba, let alone Canada, let alone beyond North America”, notes Allen.

But any story shared on Wattpad is instantly available anywhere on the planet.

“Wattpad gave me a huge platform to share my work with the world”, says Isabelle. “Without it, I may not have had my novels published in 6 languages, worked with brands like E! Network and Open Road Films, or been asked to take part in all kinds of amazing opportunities.”

Isabelle says Wattpad has changed her life. “It’s incredible. It feels like a dream.”

Around the world, nearly a thousand Wattpad stories have been published as books, or adapted for TV and film.

“I think it’s reshaping not only the way people read and write, but also the way entertainment is created and consumed”, says Matt Golden, who co-founded Tira Wireless with Allen.