#ImmigrationMatters in Hamilton, Ontario  - Striking a chord in the community 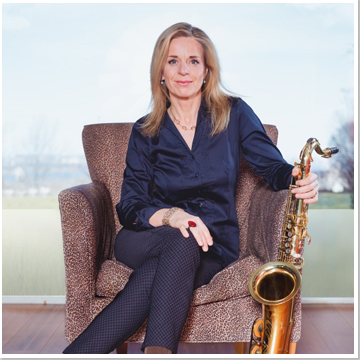 Astrid Hepner with her saxophone.

German-born Astrid moved to New York City in the 1990s, playing saxophone and working in the city’s busy recording industry for various companies, including the famous jazz label Blue Note Records. In 2005, she immigrated to Canada, settling in Hamilton with her daughter and her husband Darcy, who teaches music at Mohawk College.

“When I came to Hamilton I was impressed by its rich music scene, and as somebody who was new here, I wanted to contribute and be a part of it,” Astrid says. Since then, she has worked to expand and strengthen the music industry in Hamilton. In 2008, Astrid founded the Hamilton Music Collective and then used it to create An Instrument for Every Child (AIFEC) program.

AIFEC loans instruments and provides free music lessons to elementary school students who can’t afford the cost. Since its launch, it has involved some 5,000 students across 14 Hamilton schools and continues to expand.

Bob Miller, a retired steel company executive who chairs the Hamilton Music Collective’s board of directors, says the impact of the project goes beyond just exposing kids to music.

“People here really know about the program when you mention it. I think that’s because it doesn’t reach only a kid who wants to be a musician, it reaches the whole person and in turn, reaches the whole community. I call it ‘the Astrid effect’.”

AIFEC follows on other projects that Astrid brought to Hamilton. In 2005, she helped to create Portraits of Sound, a photo exhibit featuring various Hamilton musicians, from orchestra conductor Boris Brott to singers Jackie Washington and Ian Thomas, to punk rock band Teenage Head.

Later on, Astrid, with the help of the Hamilton Music Collective, went on to build a music concert program in Hamilton inner city elementary schools, complete with what she calls an “Instrument Petting Zoo” in which children could hold and try various instruments. It was from that initiative that AIFEC grew.

Jane Allison, a former Manager of Community Partnerships for the Hamilton Spectator newspaper, has been a backer of Astrid’s various projects. She believes the musician’s leadership of these efforts reflects her background as an immigrant.

“I think Astrid is a hybrid of the places she has lived and because of that, she has a strong appreciation of how culture can help to build a strong community. Plus, she has a huge heart, and can connect the dots of music, art and the community, while also working with a board of directors and organizations.”

For her part, Astrid believes the benefits of the projects have gone two ways.

“I think music can be a powerful way to give these kids joy, and I hope that my work has helped the city of Hamilton. But in turn, these programs have also helped to give me an identity,” she says.

“As an immigrant newcomer to Canada, I didn’t have a strong sense of belonging until I was able to connect to my community through music.” 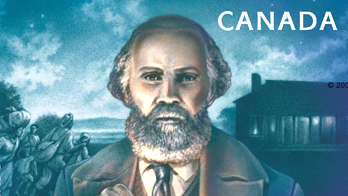 This is a historical example of how Canada was built on immigration. In 1853, Abraham D. Shadd moved to Canada, where his success and influence led to opportunities for many other Black Canadians.