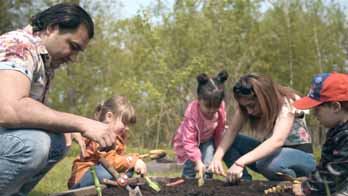 Strengthening a community through refugee sponsorship

When 3 Quebec villages sponsored the first refugee family to the area, they wanted to help Maykil, Zena and Malak Toma find a new home. What they didn’t expect was the renewed community spirit that would arrive with their new neighbours.